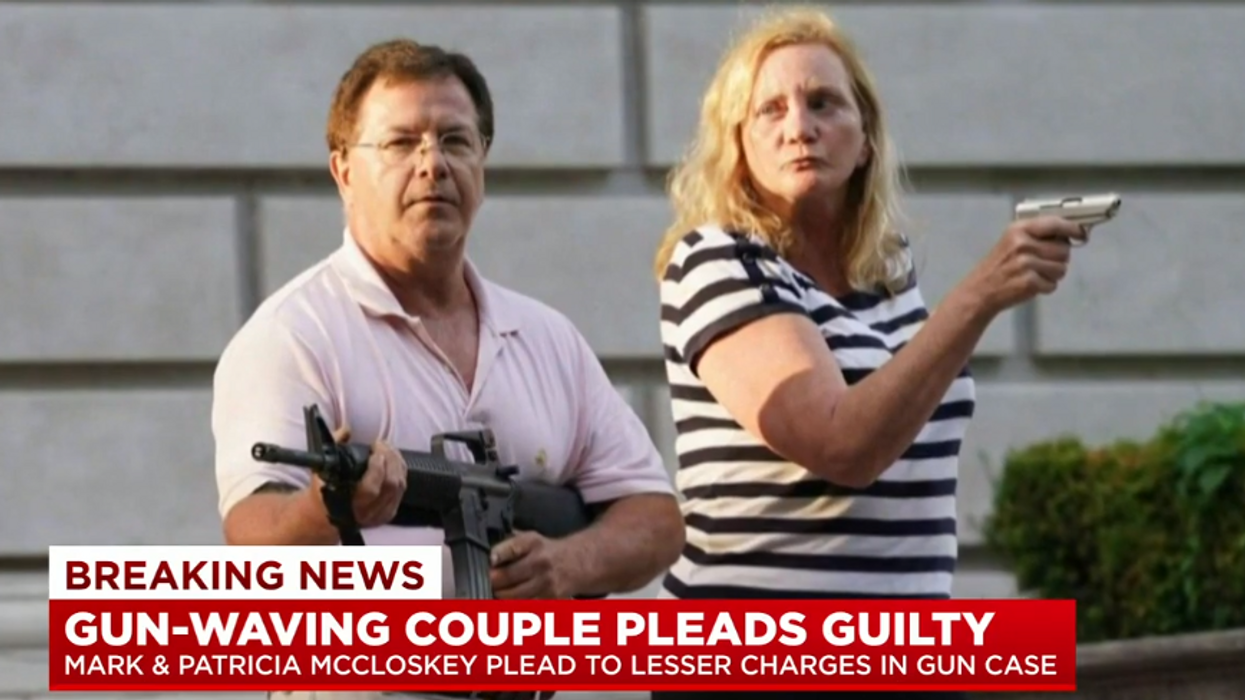 The infamous St. Louis couple that made headlines last summer after brandishing guns at Black Lives Matter (BLM) protesters must now surrender their guns. Needless to say, they are not pleased with the order.

According to KMOV, Mark and Patricia McCloskey pleaded guilty to a number of charges in connection with their altercation with protesters. Patricia McCloskey entered a guilty plea for misdemeanor harassment and was fined a total of $2,000. Mark McCloskey entered a guilty plea for a misdemeanor fourth-degree assault charge. The two also had to agree to surrender the weapons used during their exchange with protesters.

But despite the guilty pleas and their agreement to turn over their weapons, Mark McCloskey has made it clear that he does not regret his actions. From the steps of the courthouse in St. Louis, Mo., he said, "I'd do it again," later adding, "Any time the mob approaches me, I'll do what I can to put them in imminent threat of physical injury because that's what kept them from destroying my house and my family."

A year ago, the mob came to my door to attack my family— I backed them down The mob came for me, the media attacke… https://t.co/StmoAgImrm
— Mark McCloskey (@Mark McCloskey) 1623960317.0

As reports began circulating about their case again, McCloskey also took to Twitter with his reaction. "A year ago, the mob came to my door to attack my family— I backed them down," he tweeted. "The mob came for me, the media attacked me & prosecutors tried to punish me for defending my family They dropped all charges, except for a claim I instilled 'imminent fear' in the mob I'd do it again."

Special prosecutor Richard Callahan also weighed in and admitted that he believes the couple's consequences are reasonable.