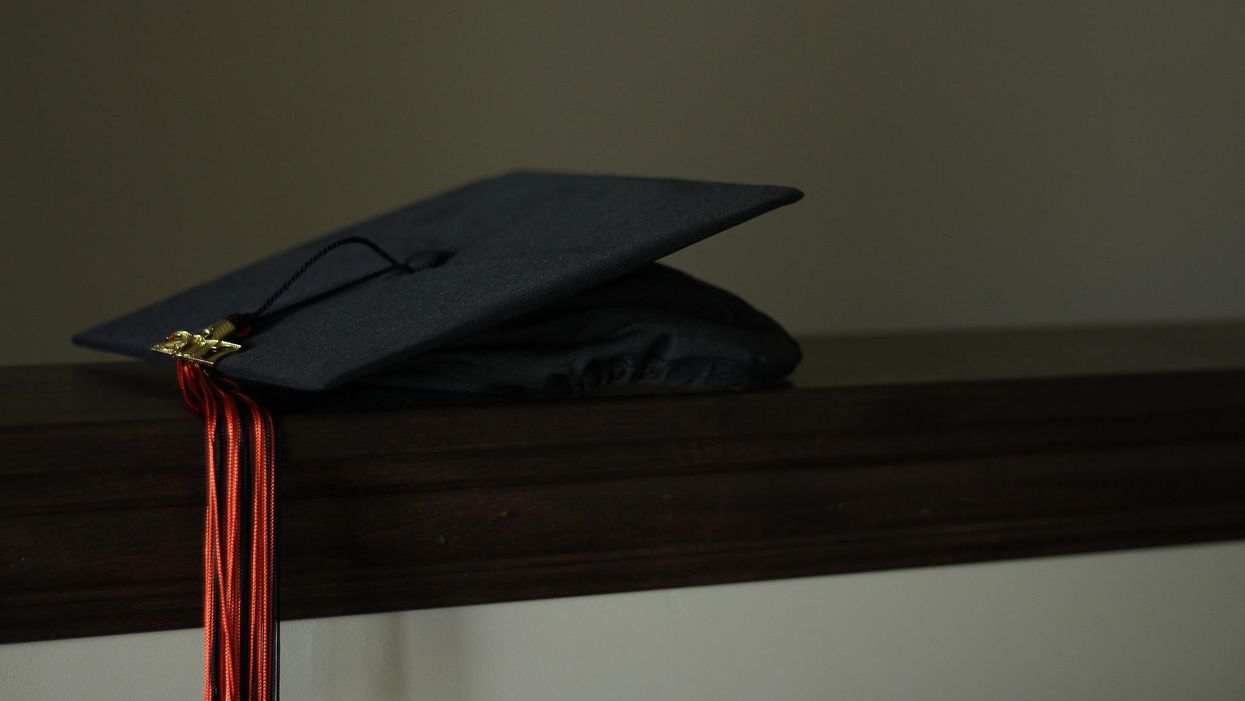 When David Keene was asked to speak to the 2021 graduating class at James Madison Academy, he assumed it would be a typical celebratory ceremony. However, he soon learned that it was anything but typical.

In his address to the graduating class, Keene, former National Rifle Association (NRA) president and current board member for the organization, said, "I'd be willing to bet that many of you will be among those who stand up and prevent those from proceeding."

"An overwhelming majority of you will go on to college, while others may decide their dream dictates a different route to success," said Keene. "My advice to you is simple enough: follow your dream and make it a reality."

However, there are major issues here. According to Buzzfeed News, James Madison Academy is non-existent and its students are not real people.

The publication reports that Keene had actually addressed approximately 3,044 empty chairs. Initially, he and John Lott, an author and gun rights activist, were encouraged to give their remarks during what was described as a "dress rehearsal."

But the truth is the chairs reportedly represented the students who would have graduated high school if it were not for gun violence. The fake graduation was organized by Manuel and Patricia Oliver, the founders of Change the Ref.

The couple founded the organization after their son Joaquin "Guac" was killed in the 2018 mass shooting at Marjory Stoneman Douglas High School in Parkland, Fla. According to them, the fake graduation ceremony was held for what they befittingly described as "The Lost Class."

In a press release, the organization offered its reaction to Keene's speech as it noted that their blunder was technically the result of their failure to conduct a proper background check.

"Ironically, had the men conducted a proper background check on the school, they would have seen that the school is fake," said a Change the Ref spokesperson.