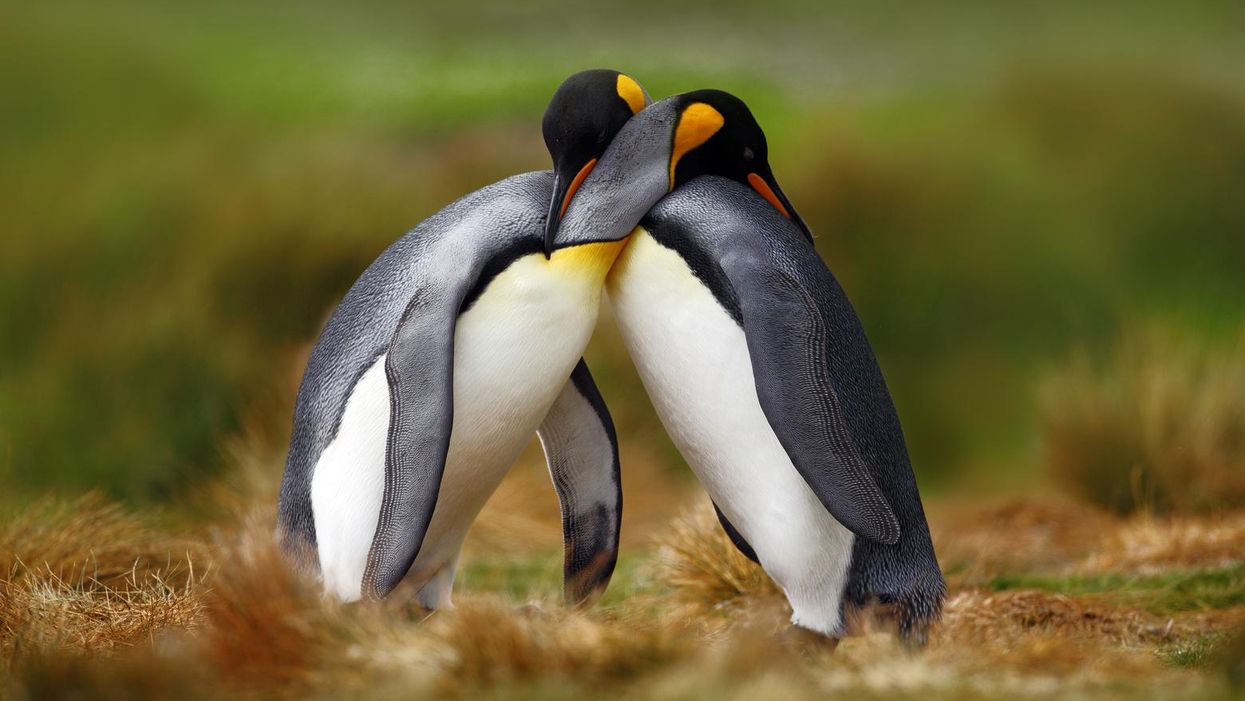 Charles Darwin was a careful scientist. In the middle of the 19th century, while he was collecting evidence for his theory that species evolve by natural selection, he noticed it didn't explain the fancy tails of male peacocks, the antlers paraded by male deer, or why some the males of some species are far larger then their female counterparts.

For these quirks, Darwin proposed a secondary theory: the sexual selection of traits that increase an animal's chance of securing a mate and reproducing. He carefully distinguished between weapons such as horns, spurs, fangs and sheer size that are used to subdue competing rivals, and ornaments that are aimed at charming the opposite sex.

Darwin thought that sexually selected traits could be explained by uneven sex ratios – when there are more males than females in a population, or vice versa. He reasoned that a male with fewer available females would have to work harder to secure one of them as a mate, and that this competition would drive sexual selection.

In a new study, my colleagues and I have confirmed a link between sexual selection and sex ratios, as Darwin suspected. But surprisingly, our findings suggest Darwin got things the wrong way round. We found that sexual selection is most pronounced not when potential mates are scarce, but when they're abundant – and this means looking again at the selection pressures at play in animal populations that feature uneven sex ratios.

This skew is most extreme among marsupials. In Australian antechinus, for instance, all males abruptly die after the mating season, so there are times when no adult males are alive and the entire adult population is made up of pregnant females.

In contrast, many birds parade more males than females in their populations. In some plovers, for example, the males outnumber females by six to one.

So why do many birds species have more males, while mammals often have more females? The short answer is that we don't know. But there are smoking guns.

Some uneven sex ratios can be partially explained by lifespan differences. Female mammals, including humans, usually outlive their male counterparts by a wide margin. In humans, females live on average about 5% longer than males. In African lions and killer whales, the female lifespan is longer by up to 50%. 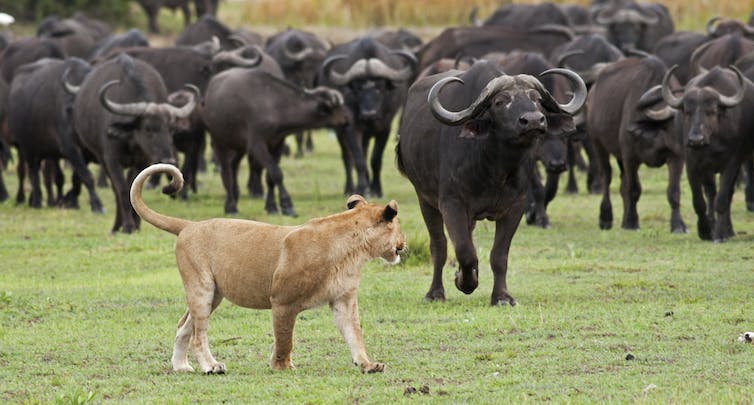 Lions don't appear to fancy their chances against a herd of female buffalo.

Finally, males and females often suffer differently from parasites and diseases. The COVID-19 pandemic is a striking example of this: the number of infected men and women is similar in most countries, but male patients have higher odds of death compared to female ones.

Despite our growing knowledge of uneven sex ratios, Darwin's insight linking sex ratios with sexual selection has received little attention from scientists. Our study sought to address this, pulling together these two strands of evolutionary theory in order to revisit Darwin's argument.

We looked in particular at the evolution of large males in different species, which are often several times larger than their female counterparts. We see this in male baboons, elephant seals and migratory birds, for example.

Sometimes, females are larger than males – as with some species of bird, such as the African jacana. The scientific term for when one sex in a species is larger than the other is “sexual size dimorphism". 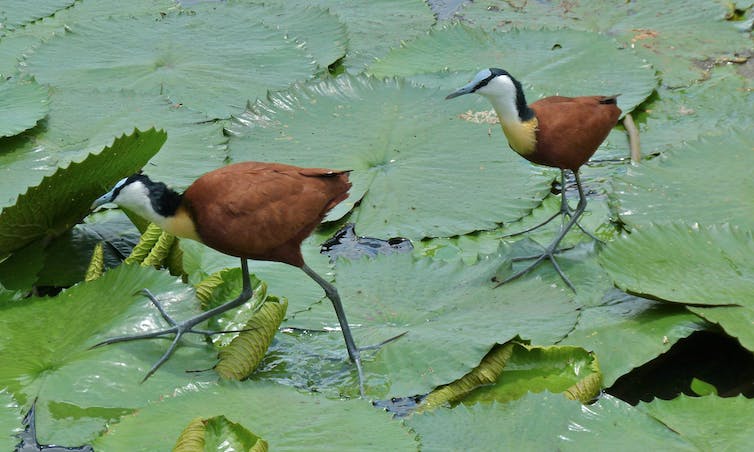 The female African jacana, on the left, is larger than the male.

But the trend was the opposite to the one Darwin predicted with his limited evidence. It turns out the most intense sexual selection – indicated by larger males relative to females – occurred in species where there were plenty of females for males to choose from, rather than a scarcity of females as Darwin suggested.

This in no way invalidates Darwin's theories of natural selection and sexual selection. Our finding simply shows that a different mechanism to the one Darwin proposed is driving mating competition for animals living in sex-skewed populations.

Read more: How to slam dunk creationists when it comes to the theory of evolution

Darwin's assumption was based on the idea that the most intense competition for mates should occur when there's a shortage of mating partners. But more recent theories suggest this logic may not be correct, and that sexual selection is actually a system in which the winner takes all.

That means that when there are many potential partners in the population, a top male – in our study, the largest and heaviest – enjoys a disproportionately high payout, fertilising a large number of females at the expense of smaller males, who may not reproduce at all.

We need further studies to help us understand how males and females seek out new partners in male-skewed and female-skewed populations, and in what circumstances ornaments, armaments and sheer size are particularly useful. Such studies could provide us with unprecedented new insights into how nature works, building on Darwin's original theory of sexual selection.

Tamas Szekely, Professor of Biodiversity at The Milner Centre for Evolution, University of Bath