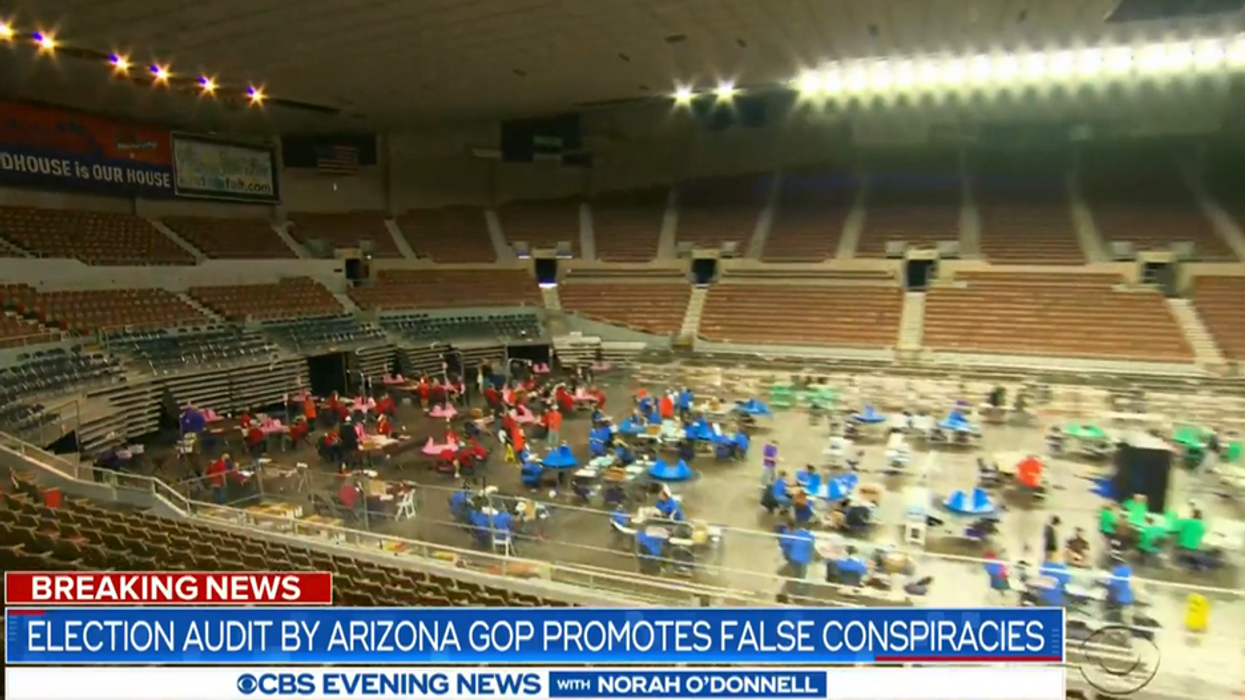 Allies of former President Donald Trump are reportedly behind the dark money groups funding the controversial ballot audit in Maricopa County, Ariz. According to OpenSecrets.org, some of Trump's allies who have publicly supported his baseless claims of voter fraud are the ones shelling out cash to keep the conspiracy theories alive by way of the audit.

Although Arizona's Republican-led state Senate had enough of its own money to cover the cost of the audit, the initiative is reportedly being funded by "private donors," the publication reports. No donors' names have been disclosed and Arizona Republicans and Cyber Ninjas have refused to offer details about the individuals funding the effort.

Now, Republican lawmakers are being criticized for the lack of transparency amid the already questionable handling of the audit.

"It is wholly inappropriate that the Arizona state Senate is hiding the mechanisms by which their sanctioned activity is being funded," said Adrian Fontes, a Democrat who previously served as the top election official in Maricopa county where the audit is currently taking place. "The lack of transparency there is just grotesque."

He added, "They have permitted this to happen, it happens under the authority of the Arizona state Senate, this is Senate president Karen Fann's operation. She can set whatever rules she wants to set. She has chosen secrecy. She has chosen to obfuscate. And she is trying to deflect responsibility for the lack of transparency."

Questions and concerns come as many aspects of the audit face scrutiny. From Republicans' selection of the inexperienced audit firm Cyber Ninjas to the decision to move ballots to a remote location in Montana, the audit is one that Democratic lawmakers are seriously questioning.

David Becker, the executive director for the Center for Election Innovation and Research, also noted the irony in Republican lawmakers' actions,

"Ironically, after outlawing transparent philanthropic funding of election administration, used to assist all voters, regardless of party, during a global pandemic, the Arizona Senate now relies upon secret funding for their 'audit,'" said Becker.