‘Anti-democratic thought’ has a long history in American conservatism: historian 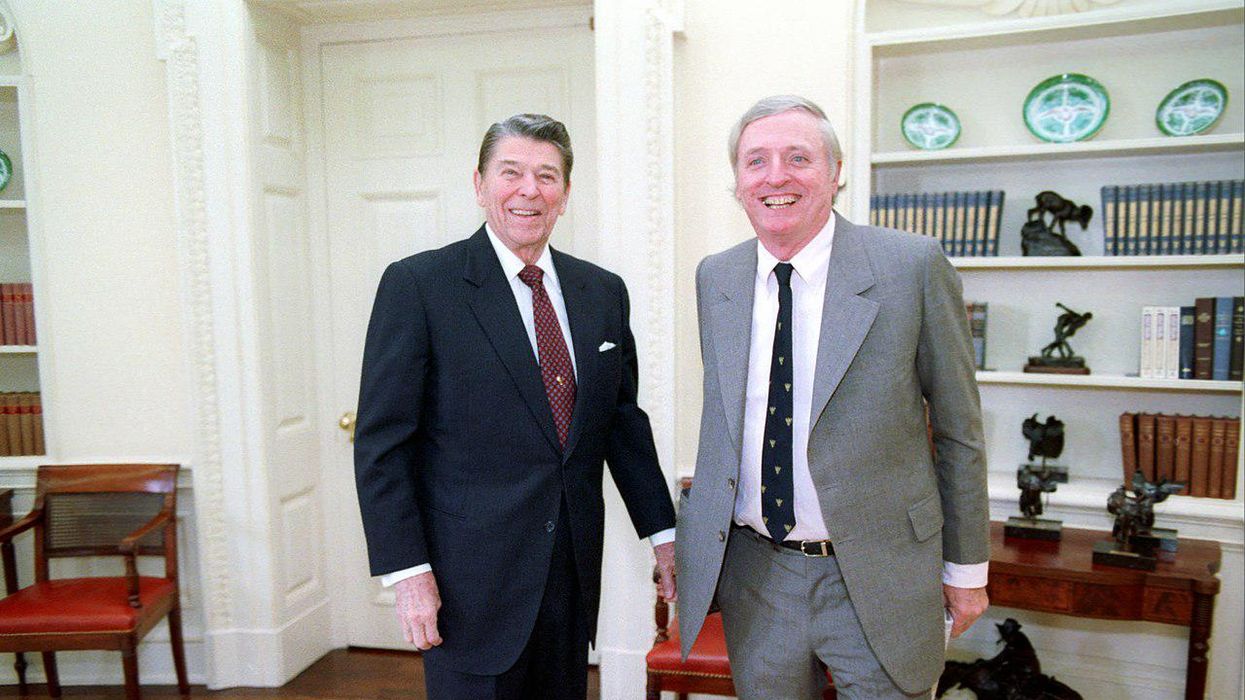 Countless Never Trump conservatives have warned that the Trumpified Republican Party has long since abandoned traditional conservatism and moved into outright authoritarianism. Joe Scarborough, the former GOP congressman who hosts "Morning Joe" on MSNBC, has said that Trumpism is not Reagan or Goldwater conservatism, but "fascism." Many Never Trumpers have stressed that one doesn't have to be a liberal to support liberal democracy, and historian Joshua Tait takes an in-depth look at conservative views of democracy in an in-depth article published by The Bulwark this week.

"A comprehensive history of the attitudes of American conservatives toward democracy would excavate source material at least as far back as the Founding and the American response to the French Revolution," Tait writes. "But for present purposes, focusing on just the 20th Century and after, it is clear that there is a strong undercurrent of anti-democratic thought in American conservatism."

Tait points out that some conservatives are fond of the saying, "The United States is a republic, not a democracy." And he cites the late National Review founder William F. Buckley — one of the most influential conservatives of the 1950s, 1960s and 1970s — as a prime example of that school of thought. In 1959, Tait notes, Buckley expressed "skepticism toward democracy" when he wrote, "I, for one, would not willingly die for 'democracy.' Democracy is nothing more than a procedural device aimed at institutionalizing political liberty. It has no program. It cannot say to its supporters: do thus, and ye shall arrive at the promised land."

My latest: a brief history of anti-democratic arguments in movement conservatism, now on hand to justify the Republ… https://t.co/35cJp76D5M
— Joshua Tait (@Joshua Tait) 1622196363.0

Tait recalls, "Each of the writers who joined Buckley at the foundational conservative magazine National Review — men like Russell Kirk, James Jackson Kilpatrick, James Burnham and Willmoore Kendall — were, in their own ways, skeptical of democracy…. Buckley complained that liberals' commitment to democracy was 'obsessive, even fetishistic.'"

The historian, however, draws a distinction between being "skeptical" of democracy and being outright opposed to it.

"For all the rhetoric about the United States as a republic," Tait observes, "conservatives generally recognize it as a democracy. There is a concurrent, even dominant, populist streak in conservatism that seeks to harness mass impulses of a silent majority for right-wing gains. Buckley famously remarked he 'would sooner be governed by the first 2000 names in the Boston telephone book than by the faculty of Harvard' — ultimately more a dig at liberal elites than a celebration of the common voter, but still."

As conservative as Buckley was, he was vehemently critical of the far-right conspiracy theorists of the John Birch Society. Ironically, some liberals and progressives in the media have said that they miss having Buckley to debate with and would take the late National Review founder over the far-right likes of Sean Hannity, Michael Savage, Ann Coulter and Tucker Carlson in a heartbeat. Buckley viewed liberals and progressives as misguided; Hannity views them as flat-out evil.

Tait wraps up his article by warning that the modern Trumpified GOP has gone from "skepticism" about democracy to a desire for full-fledged authoritarianism.

"In a very real sense, the Republican Party has in the era of Donald Trump forsaken its commitment to democracy, and there is a conservative intellectual tradition to lend it intellectual legitimacy," Tait writes. "Here's the rub: Conservatives may be uneven democrats, but democracy is stronger when it has constructive conservative parties…. The norms most important to sustaining democracy are the acceptance of opposing political parties as legitimate rivals and an institutional forbearance…. The Republican Party is openly undermining these norms. And the GOP's enablers within the conservative movement have decades of arguments to draw on to justify its anti-democratic turn."