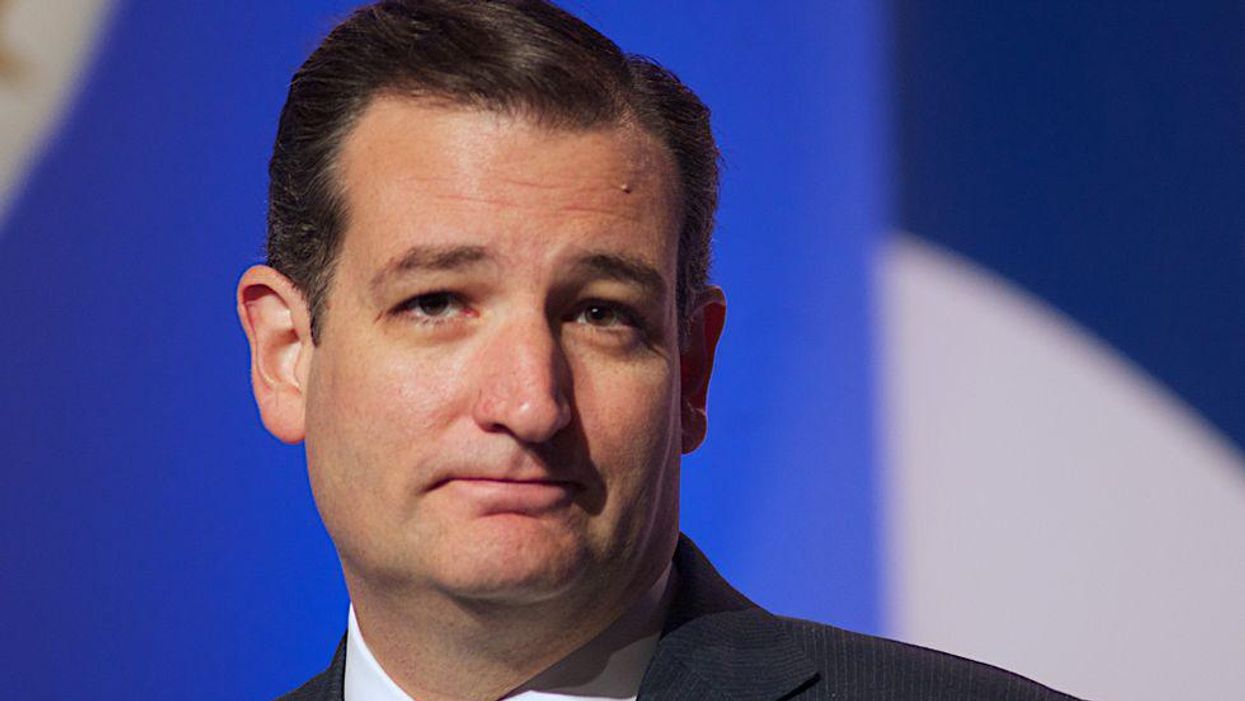 Jimmy Kimmel has had a long-time habit of trolling Sen.Ted Cruz (R-Texas) in his late-night monologues, but this time around, it appears he really ruffled the Texas lawmaker's feathers. On Monday, May 24, Cruz took to Twitter to express his disapproval of Kimmel's latest critique.

Kimmel took aim at the Republican lawmaker for his recent controversy involving a Russian army recruitment ad he used to dismiss the U.S. military. In juxtaposing the Russian and U.S. mlitaries, Cruz described the U.S. armed forces as "woke" and "emasculated."

According to HuffPost, Kimmel said:

Ted Cruz, who four years ago took permanent residence up the ass of a man who beat him in every election by calling his wife ugly and slandering his elderly father, says this is emasculating. Primarily because Ted Cruz is not human. He is a moist, gelatinous tubeworm whose elastic-band pants are filled with an inky discharge every time he speaks.

Cruz decided to fire back: "[Jimmy Kimmel] keeps talking crap. Really tough guy. Here's a reminder, when we played one-on-one, I kicked his ass. He has to live with that...forever. Rematch, punk?"

However, Kimmel did not appear to be interested in Cruz's challenge.

Although Cruz did manage to win the 2018 basketball match, Kimmel highlighted why no one remembers the game based on who won or lost. "Just like a blobfish, the game was sloppy and within moments we were gasping for air," Kimmel quipped. "We played one on one. It took almost an hour to get to 6 points ― which would be a lot if this was a World Cup soccer game. But it was not."

While the winner of the game was supposed to score 15 points, the game came to an 11-9 end with Cruz in the lead. Although the loser was supposed to provide a $5,000 donation to a charity of their choice, Kimmel and Cruz ultimately donated $10,000 each to two different charities: Texas Children's Hospital and Generation One in Houston, Texas.

"You're a good sport," Kimmel said to Cruz after the basketball game. "I still think you're a terrible senator."