Meet the obscure, unelected Senate official whose rulings can help — or kill — a bill's chance to pass

Image via Govinfo.gov
The Conversation
May 25, 2021 Frontpage news and politics

Senate parliamentarian Elizabeth MacDonough raised the profile of her largely invisible role in February 2021 when she ruled that Senate Democrats could not include a hike in the minimum wage to $15 per hour in the $1.9 trillion COVID-19 relief bill ultimately passed in March. Democrats had aimed to pass the legislation via what's called a budget reconciliation process. This crucial category consists of bills on taxes or spending – and MacDonough ruled the wage hike didn't meet that requirement.

Progressive Democrats went through the roof. Sen. Bernie Sanders said, “I regard it as absurd that the parliamentarian, a Senate staffer elected by no one, can prevent a wage increase for 32 million workers."

But MacDonough was just carrying out her procedural duties to advise the Senate leaders about what the body's rules and precedents allow – and what they don't. And as the author of two books about Congress – “Congressional Practice and Procedure" and “The Polarized Congress" – I know that the parliamentarian's rulings can be key to passage of legislation.

A century ago, the Senate would informally assign a particular Senate “clerk" to specialize in advice on proper phrasing of rulings and motions.

The first Senate parliamentarian, Charles L. Watkins, began serving in the official position in 1935 and continued until 1964. Such a higher-status position was necessitated by the trend toward increasing complexity and formality of Senate floor action. This trend was the Senate developing from its classic era as a “gentleman's club" governed by conservative Southern Democrats to the post-Watergate era of procedural reforms and party polarization. Filibusters gradually changed from virtually unknown to commonplace, and these required their own elaborate and formal procedures.

Since then, the parliamentarian role has expanded as a result of the increasing complexity and formality of action on the Senate floor, and the apparent unwillingness of most senators to study for themselves the nuances of often-obscure procedural precedents.

For example, when a bill like the Trump tax cut of December 2017 runs out of allocated time on the floor, the remaining amendments fly through with only two minutes each of consideration, and senators must defer to the parliamentarian to master the applicable procedure for each of those amendments.

The parliamentarian even ruled against naming that bill the Tax Cuts and Jobs Act, since the provision did not influence spending or revenue, as each provision must under Senate budget rules.

In 2012, when she was appointed by Democratic Senate Majority Leader Harry Reid, MacDonough broke the glass ceiling and became the first female parliamentarian.

In an isolated occasion in 2001, parliamentarian Robert Dove was fired by Republican Senate Majority Leader Trent Lott for rulings on reconciliation that didn't sit well with the GOP leadership. The post was then filled by Dove's widely respected deputy, Alan Frumin, and the office continued to be nonpartisan.

When Rep. Ilhan Omar, a Minnesota Democrat, called for MacDonough's firing over her ruling against reconciliation for the minimum wage, she had no takers in the Senate. 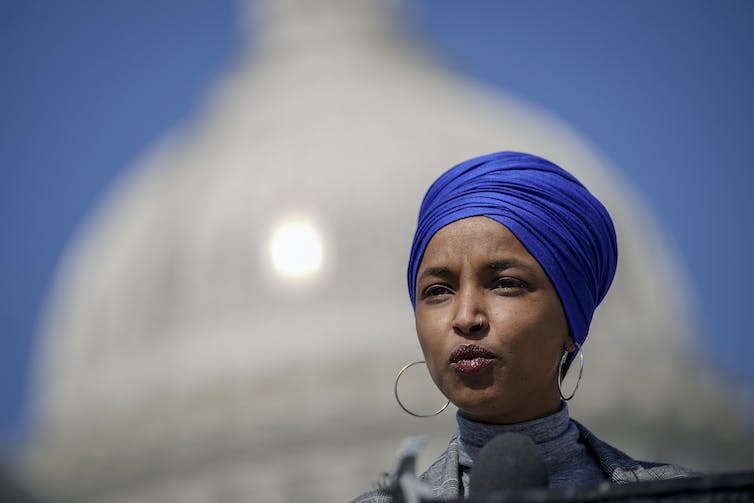 Rep. Ilhan Omar, a Democrat from Minnesota, said the Senate parliamentarian should be fired after ruling the minimum wage hike shouldn't be in a COVID-19 relief bill.

As parliamentarian, MacDonough is charged with more than just ruling what can go into reconciliation bills.

In advising the Senate presiding officer, the parliamentarian rules on countless procedural issues, from what provisions can go in an appropriation bill to what amendments are relevant enough to be offered to a bill when debate has already ended.

During Senate floor sessions, the parliamentarian or an assistant parliamentarian is present, sitting near the presiding officer and answering questions about procedure.

The parliamentarian refers newly introduced bills to the committee that handles the bill's main subject. Referral can greatly affect a bill's prospects because different committees may be more or less favorable to the bill's goals.

For example: A climate change bill may have one fate if drafted so that the parliamentarian sends it to the Commerce Committee. That could happen if the bill was written to emphasize regulation of commerce. The bill could take another course if written for referral to the Energy Committee.

Adding to bill-writers' calculation: The Commerce Committee may have a majority to send its bill to passage before the full Senate, while the Energy Committee may not. So, whether a bill makes progress out of committee means its drafter must maneuver to land the bill before a particular committee. 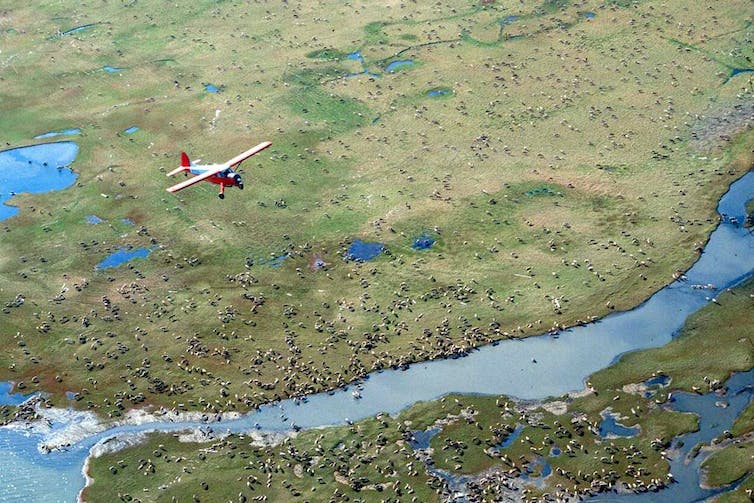 Did a proposal to open oil drilling in the Arctic National Wildlife Refuge – a portion of which is shown here – belong in a tax bill? The Senate parliamentarian ruled in 2017 that it did.

These days, MacDonough's most striking rulings do concern reconciliation bills. In a polarized Senate, where the majority party cannot muster 60 votes to end a filibuster, one of the only ways to get legislation passed is to attach – or “ride" – controversial measures or provisions through the Senate on a reconciliation bill.

Although a minimum wage increase would have some indirect budget implications, MacDonough ruled that it would be only incidental to the COVID-19 relief bill. Conversely, she has ruled that an infrastructure bill could be considered as a reconciliation bill, although individual parts in an infrastructure bill might have to be stricken – depending on MacDonough's rulings on them.

[Understand what's going on in Washington. Sign up for The Conversation's Politics Weekly.]

In 2017, when the Senate passed the Trump tax cut as a reconciliation bill, MacDonough allowed into the bill Republican provisions to open the Arctic National Wildlife Refuge in Alaska to oil drilling, and to eliminate the tax penalty for the Affordable Care Act's individual mandate. Both of these provisions affected the budget.

On the other hand, during the Senate's 2017 debate over the American Health Care Act, also being considered as a reconciliation bill, she ruled that language eliminating funding for Planned Parenthood and language banning abortion coverage in insurance marketplaces were not appropriate for inclusion in the legislation.

The Senate majority does have a way in the most extreme circumstances to bypass a parliamentarian's ruling it doesn't like. It's called the “nuclear option" and in general, it means the majority can alter Senate procedure by changing the number of votes required to end debate and thereby get to approve a matter.

In 2013, the Senate Democratic majority did just that, allowing executive and lower-level judicial nominations to have debate cut off, and to be approved, by 51 votes, not the normal 60 votes to cut off debate.

In 2017, the Senate Republican majority did the same for Supreme Court nominations.

The parliamentarian advises on procedure for nominations because there are many points of overlap with consideration of legislation. In a 2018 speech, MacDonough called those two uses of the nuclear option in 2013 and 2017 a “stinging defeat that I tried not to take personally." The parliamentarian stands for regular order, which these moves were not.

What may show up on the parliamentarian's plate later this year or next?

One possibility: President Biden could try to pass a climate control bill by majority vote, as a reconciliation bill. From his decades of Senate experience, he knows the bill must fit the parliamentarian's criteria to get through by 51 votes.

So his administration might offer the Senate a bill on climate in the form of a carbon tax. The bill would be proposed as a tax bill, hence a budget-related bill that gets through the Senate by the 51-vote reconciliation procedure.