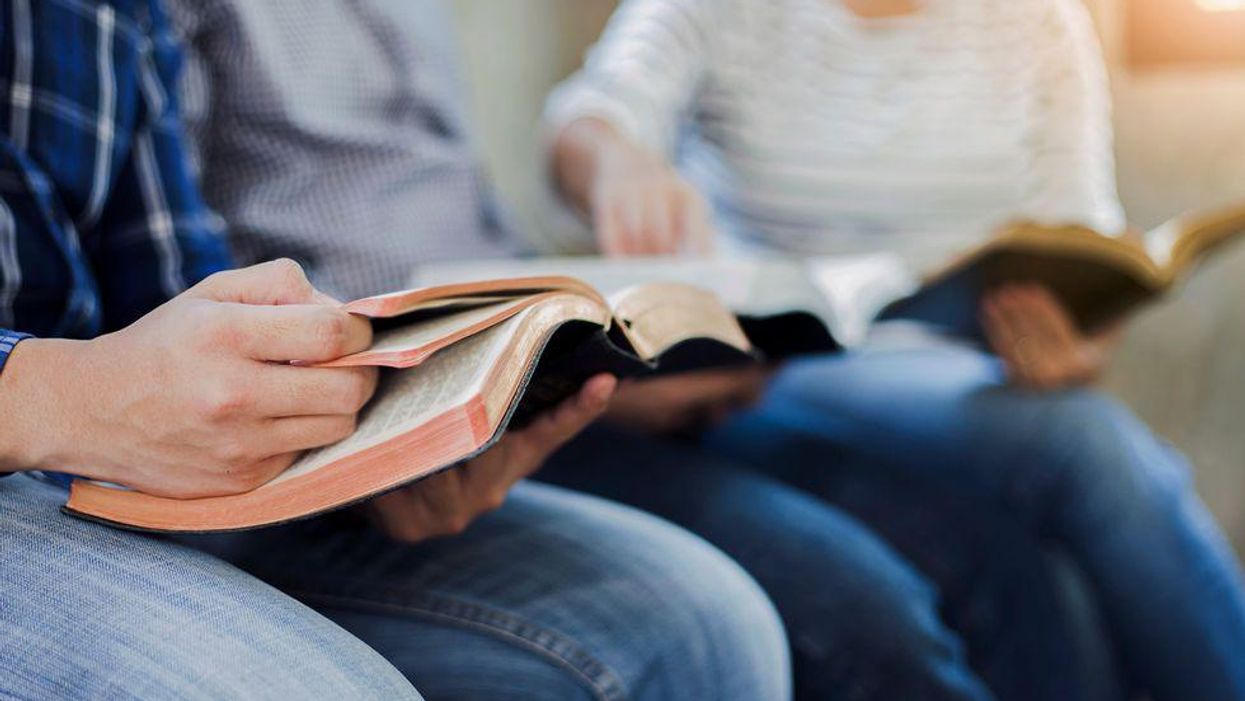 Image via Shutterstock>
An old debate over religion in school is opening up again as Trump signals support for teaching the Bible in classrooms
Meaghan Ellis
May 28, 2021

A writer by the name of "Sinclair James" published an article titled, "From Wide-Eyed Liberal to Race Realist," for the white nationalist propaganda site American Renaissance. In the piece, he recalled a number of "political awakenings" he personally experienced as he revealed his radicalization began during his time in the U.S. Navy.

When he entered graduate school, the radicalist shift continued. He noted that he became disgusted with the "ingrained culture of anti-white hatred" in education. "Also, once I began paying attention to the news, I started seeing why so many people in my hometown took a dim view of blacks," wrote Jenkins, who revealed he lived somewhere near Appalachia growing up. "After Ferguson and Baltimore, I understood that pumping money into the ghetto would never fix things."

At the end of his article, he revealed he was a teacher. After doing investigative work, The HuffPost managed to confirm James' identity. According to the publication, Sinclair James is a pseudonym that belongs to Benjamin Welton, Boston University History Ph.D. candidate who taught multiple subjects at the Star Academy, an elementary school in Massachusetts.

Even after accepting the job to teach at Star Academy, Welton attempted to continue his white nationalist plight. In addition to his career in education, he is also said to have published articles as a freelancer for multiple publications including The Daily Caller and Weekly Standard, which allowed him to speak freely about his views.

In a pseudo-social media post published on March 31, he also wrote, "No mercy for our enemies. Do not weep, for they are not human," Welton wrote. "Treat those who want to abolish 'whiteness' with the same venom if not more. They deserve medieval punishments."

In wake of the latest discovery, Welton has been fired from the school.

Following Welton's firing, Star Academy administrators released an emailed statement to confirm they were initially unaware of the "concerning online publications allegedly made by a teacher at the school."

Star Academy also noted that it is "committed to a diverse and inclusive community and embraces our responsibility as an educational institution to foster a safe and healthy environment for our students," the statement continued, "We do not support, condone, or agree with white supremacism or white separatist ideologies."