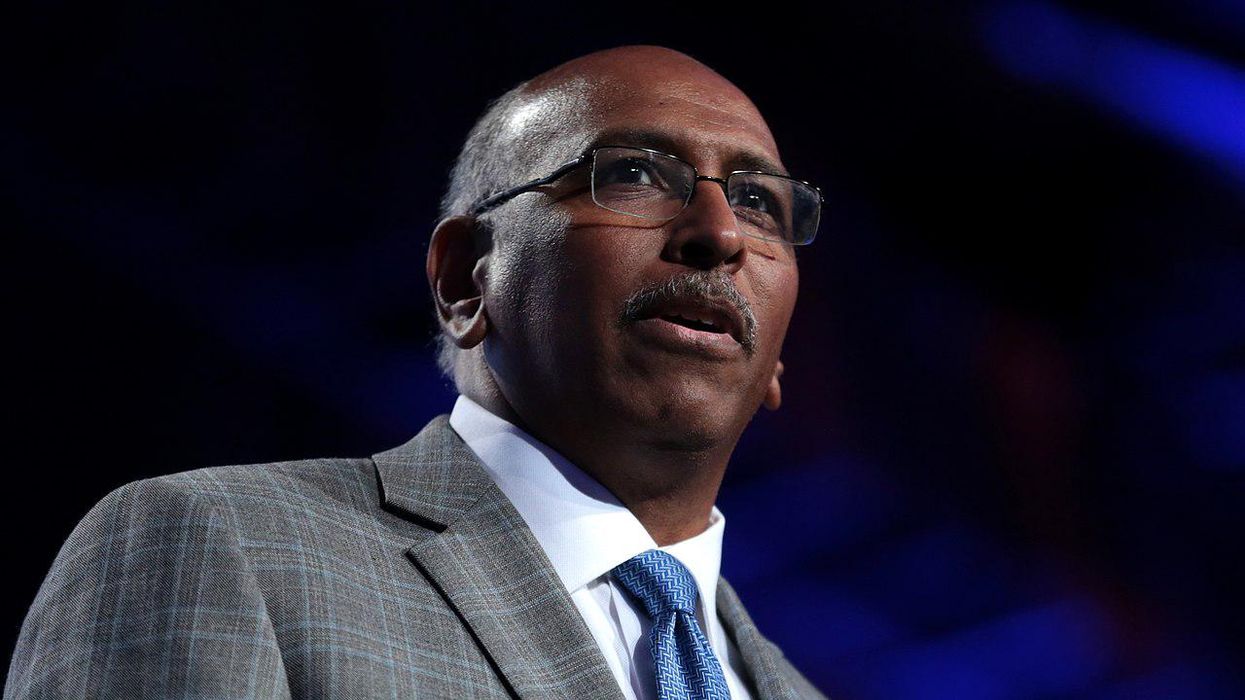 A question that many Never Trump conservatives have asked themselves, in reference to the Republican Party, is, "Should I stay or should I go?" The prominent conservatives who have expressed their disdain for Trumpism by leaving the GOP include former Rep. Joe Scarborough, Washington Post columnists George Will and Max Boot, The Bulwark's Tim Miller and conservative strategist Rick Wilson. But former Republican National Committee Chairman Michael Steele has opted to remain in the GOP, which he frequently bashes — and during a May 27 appearance on MSNBC's "Morning Joe," Steele laid out some reasons why he is still a Republican even though his party has been hijacked by extremists.

During the 2020 presidential election, Steele was among the many Never Trump conservatives who endorsed now-President Joe Biden over former President Donald Trump — who the former RNC chairman believes has been terrible for the Republican Party and terrible for the conservative movement. As Steele sees it, it's important for non-extremist Republicans to stay in the GOP and speak out against Trumpism.

Guest host Willie Geist — who was filling in for the usual "Morning Joe" hosts Scarborough and Mika Brzezinski — noted that according to a recent Quinnipiac University poll, 66% of Republicans do not believe that Biden legitimately won the 2020 election. When Geist lamented that two-thirds of GOP voters have bought into the Big Lie, Steele responded, "Yeah, they have. And it's been a steady drumbeat reinforced by the likes of Kevin McCarthy and Josh Hawley and Ted Cruz and others in leadership positions who presumably know better. That craven lust for power…. is the order of the day. So, that's reflected in this poll."

Steele added, however, that he is glad to see Rep. Liz Cheney of Wyoming speaking out against the Big Lie.

"There is a battle line clearly drawn inside the party by the likes of Liz Cheney and Mitt Romney and Adam Kinzinger, myself and a host of Republicans who are fighting not so much for the future of the party, but fighting for a set of principles that are important," Steele told Geist. "Whether they reside inside this thing called the GOP is another matter."

Steele went on to say, "Someone has got to draw the line. It's easy to walk away, Willie. It's easy to walk away, and say, 'I'm done with it,' right? But then what? Because you let all of that fester if there's no counter-story, if there's no other narrative for you to see why what you're seeing play out in this party is so wrong-headed…. and is so damningly bad for the country…. If you don't have the people with the R on their shoulder making that case, it becomes harder, at a critical moment, to pull Americans away from that level of stupid."