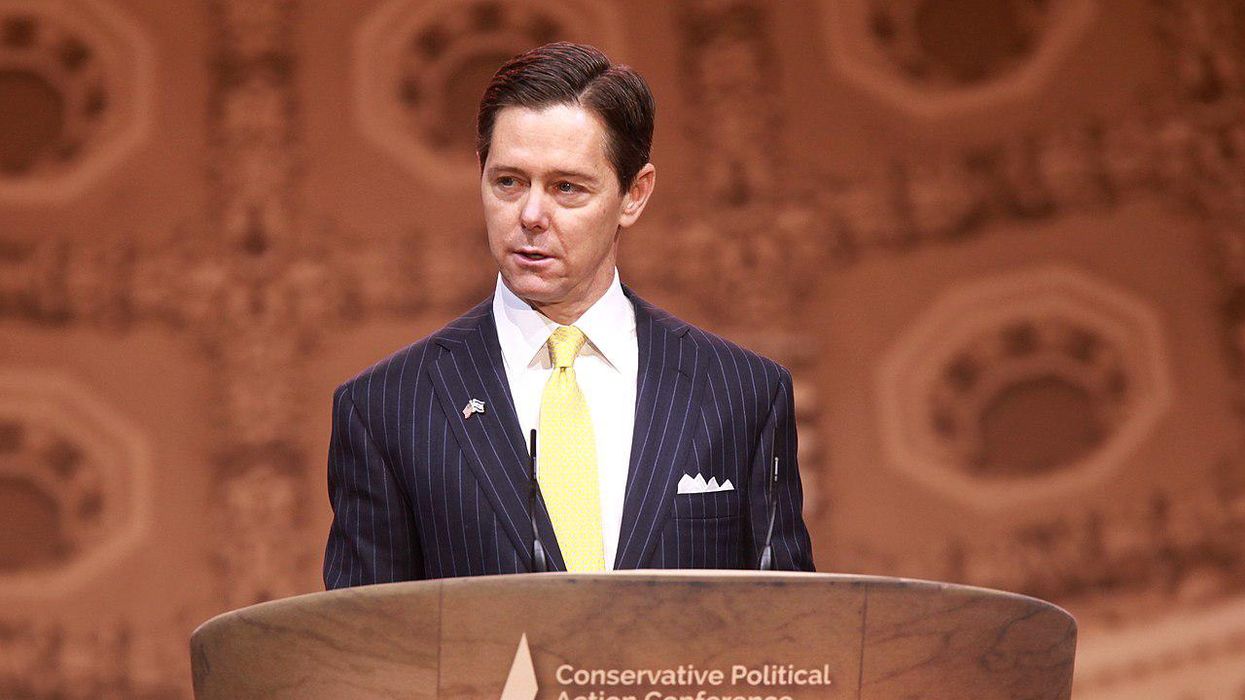 During the 1980s, the late Sen. Barry Goldwater of Arizona — arch-conservative Republican, 1964 GOP presidential nominee, and a political role model for future Arizona Sen. John McCain — famously railed against the Christian Right and its growing influence in his party. Goldwater, a blistering critic of the Rev. Jerry Falwell, Sr. and his Moral Majority, believed that far-right White fundamentalist evangelicals were terrible for the GOP and terrible for the conservative movement. But fellow Republicans ignored Goldwater, and the Christian right became the GOP's most powerful voting bloc. One social conservative who did a lot to bring that about was Republican activist Ralph Reed, whose tireless support of the Christian Right is the focus of a new episode of The Atlantic's podcast "The Experiment."

Reed was Goldwater's worst nightmare. While Goldwater and like-minded conservatives and libertarians wanted the Christian right to have less influence in the GOP, Reed has spent decades giving it more influence. And 18 years after Goldwater's 1998 death, Reed aggressively supported Republican Donald Trump in the 2016 presidential election and did a lot to rally White evangelicals around that year's Republican nominee.

The Atlantic's Emma Green, interviewed for "The Experiment," explained that Reed "has kind of become this spokesperson for the Christian Right."

According to Green, "You could maybe think of him like Mr. Evangelical…. He was the guy behind the scenes who directed the course of history in a big way."

Trump himself is no evangelical. Although raised as a Presbyterian/Mainline Protestant in New York City, Trump has never been especially religious. Having extramarital affairs with an adult film star (Stormy Daniels) and a Playboy model (Karen McDougal) and — according to his former personal attorney Michael Cohen — paying them hush money to keep quiet is hardly the type of thing that pastors openly encourage. But Trump knew how to appeal to the severe tribalism of the Christian right, and Reed defended him aggressively.

During the podcast, Green notes that Reed's political career goes back to the early 1980s — when the Christian right "was in its infancy." The Republican Party, according to Green, was not "synonymous" with the Christian right when Reed campaigned for Ronald Reagan in 1980's presidential election. But that changed, Green adds, thanks in part to Reed's activism.

Before the 1980s, Green points out, the most famous born-against Christian president in the United States was, ironically, Jimmy Carter, a centrist Democrat. But after Carter's presidency, the Christian right movement became inseparable from the GOP.

The Atlantic, describing the podcast, notes, "Trump's election was everything Reed spent his entire career fighting for: a president who was anti–abortion rights, listened to evangelical leaders, and advocated for Christians who felt pushed out of the public square. But Reed's victory had a cost. Many, many Christians have come to feel that their church cares more about politics than Jesus. They have spoken out. They have grieved. And some of them have left."