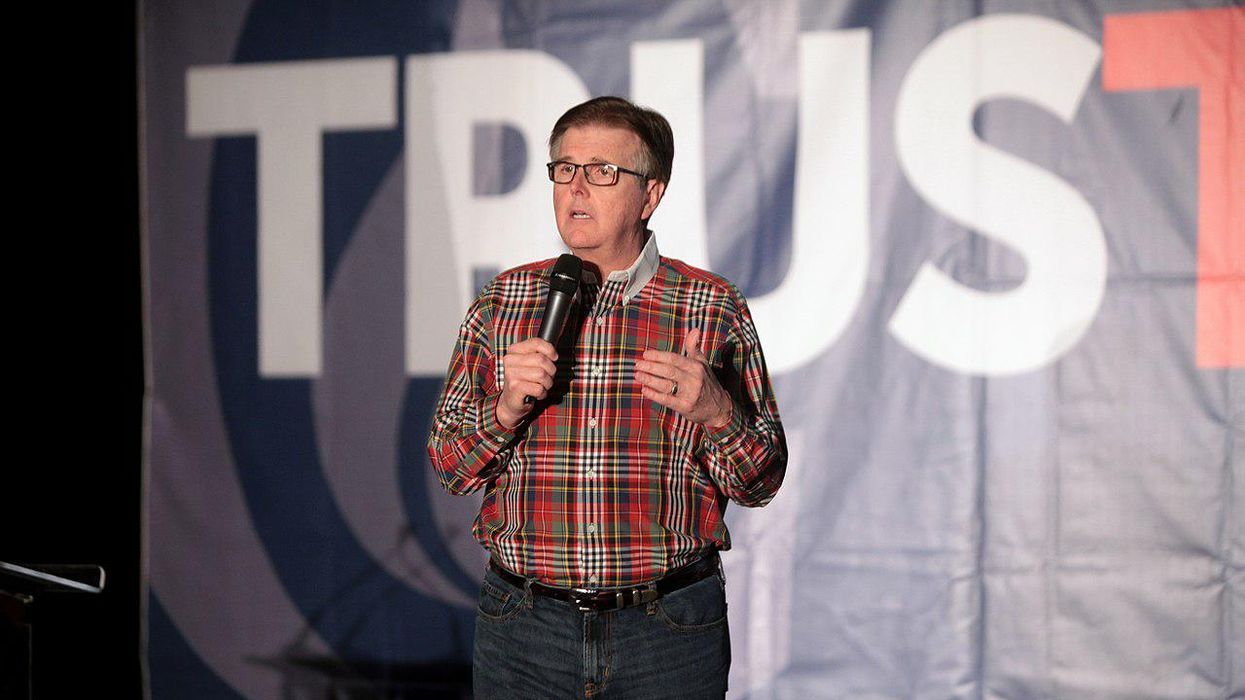 In Texas, Republicans in the state legislature have aggressively ramped up their voter suppression efforts — and the GOP-sponsored Texas Senate Bill 7 proposes, among other things, eliminating drive-through voting centers. Lt. Gov. Dan Patrick has claimed that doing away with those centers couldn't possibly be racist because most non-white Texans don't own vehicles, and reporter Brandon Mulder analyzes that claim in an article published by Polifact on April 23.

At an April 6 press conference, Patrick told reporters, "If they're worried about people of color — on the Democrats' side who came up with this drive-in voting — statistics show that more people of color don't have cars than not. So, how do (drive-thru voting centers) help those folks?"

Mulder also offers 2017 data from the American Community Survey, noting that "findings are largely the same: 93% of non-White households in Texas own a car compared to 96% of White households."

Harris County, one of Texas' Democratic strongholds, includes Houston — which Mulder describes as "one of the most car-dependent cities in the U.S."

In 2020, Mulder adds, "An analysis of (Harris) County's early voting rosters conducted by the Texas Civil Rights Project shows that people of color used the drive-through voting sites at higher rates than Whites. About 53% of the votes cast at the ten drive-through sites were by Hispanic, Black or Asian voters during the early voting period. Meanwhile, 38% of all early votes cast during the election were by people in those three demographic groups."

It isn't hard to see why Republicans are pushing voter suppression so aggressively in Texas, which is still a red state but is light red rather than deep red at this point. In 2020, now-President Joe Biden lost Texas by 6% to then-President Donald Trump — compared to President Barack Obama losing Texas by 15% to Republican Mitt Romney in 2012 or Democrat John Kerry losing Texas to President George W. Bush by 23% in 2004.

In Texas' 2018 U.S. Senate race, Democratic former Rep. Beto O'Rourke lost to Sen. Ted Cruz by only 2%. Democrats have been making inroads in Texas, and Republicans are fearful that if Democrats can increase turnout in Democrat-leaning urban centers like Houston, Dallas, El Paso, Austin and San Antonio, Texas could become a swing state at some point — which is what has happened in Arizona and Virginia, both of which used to be deep red.