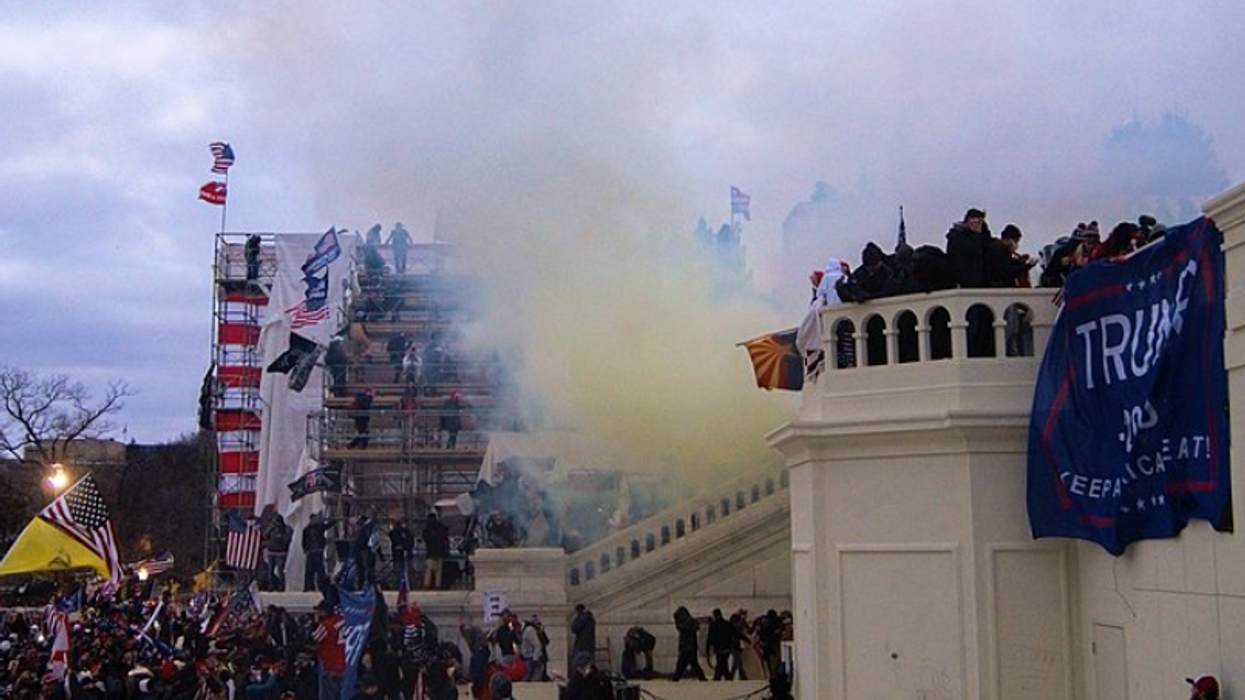 A member of the Proud Boys facing federal charges for his alleged involvement in the Capitol insurrection is urging a federal judge to release him from jail after contracting COVID-19 behind bars.

According to Politico, Christopher Worrell is currently incarcerated at a Washington, D.C., jail and his attorney, Allen Orenberg is petitioning to get him out. Orenberg argues that his client, who suffers from non-Hodgkin's lymphoma, is facing a number of obstacles in receiving proper medical treatment behind bars.

Worrell, who is also immuno-compromised, previously requested assistance from U.S. District Court as his symptoms grew worse amid his incarceration.

"Given the pandemic and acute danger to Mr. Worrell, his continued detention amounts to impermissible pretrial punishment," Orenberg wrote. "The Government's interest in securing his appearance at trial does not outweigh his liberty interest in remaining alive and free from harm."

Orenberg also noted that Worrell's COVID diagnosis happened amid his petition in response to Judge Beryl Howell—who serves as the chief of the Federal District Court in D.C.—and his decision to reject his initial bid for release.

In response, Howell raised questions about Orenberg's arguments suggesting his client did not have proper access to cancer medications. According to the publication, Howell instead attributes the lack of access to Worrell's doctors. She also highlighted Worrell's participation in the U.S. Capitol riots arguing "that Worrell joined the Capitol mob maskless and without apparent concern for his health."

Aside from his health concerns, the federal judge said, "Worrell's alleged attack on police with a chemical spray, as well as his other conduct on Jan. 6, justify his continued detention. She also ordered him detained in part because of an apparent threat he made to a witness while FBI agents were taking him into custody."

Worrell is one of many alleged Capitol rioters expressing concern about the treatment behind bars. So far, the U.S. Department of Justice has arrested more than 200 individuals in connection with the Capitol riots.