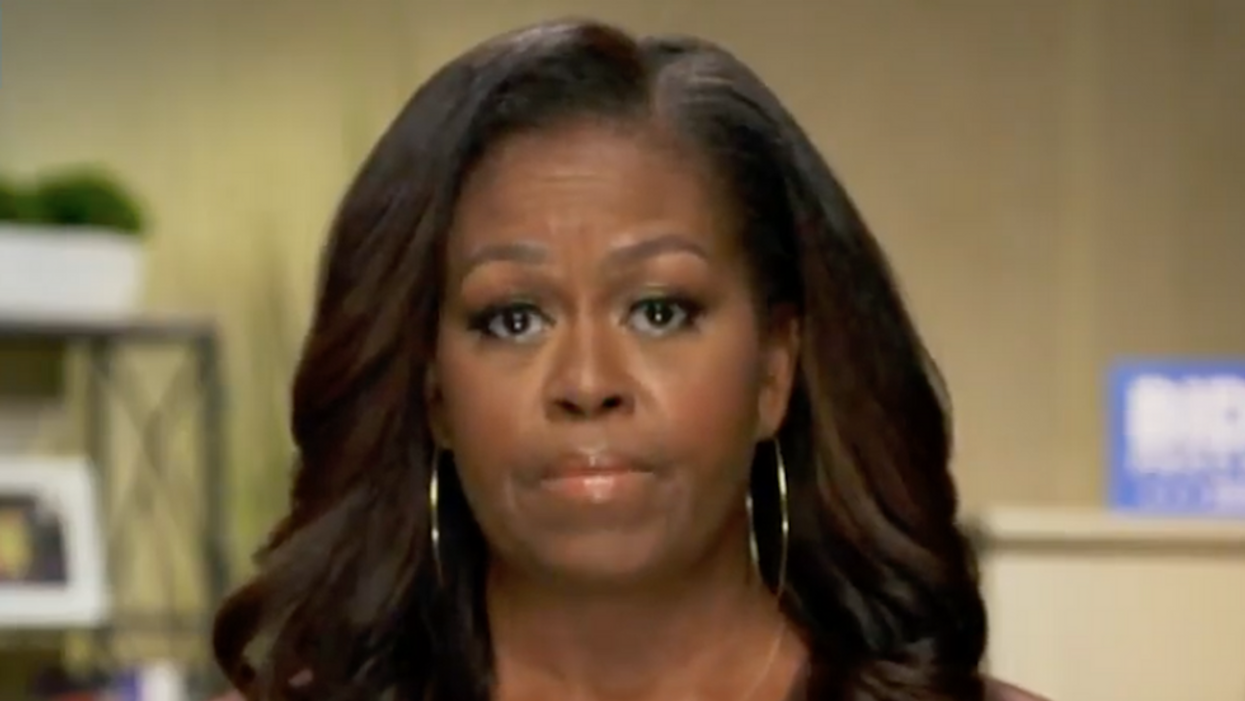 "The left's dangerous ideology continues its slow creep into all facets of Amerian life," Campos-Duffy said on "Fox News Primetime." "Critical race theory and gender ideology have infected nearly every institution in America."

"The last vestige of the pro-American meritocracy still standing was the U.S. military," she continued. "From the progressive perspective, the military was too masculine, had way too many Republicans and a dangerous nack of turning minorities into patriotic, self-reliant conservatives. This could not stand."

From there, Campos-Duffy suggested that Obama put into motion "a stealth takeover" of the armed services after she made military families a top priority. Obama is a private citizen, and her husband no longer holds elected office.

"Michelle Obama's decision to make military spouses her top initiative as first lady was the first clue that they had their sights set on the U.S. armed forces," Campos-Duffy said. "By Obama's second term, a stealth takeover of top military brass was underway. Officers who were aligned were promoted. A general who obeyed and advanced the woke progressive agenda could expect a lucrative afterlife on corporate boards already populated by the Obama-Clinton world."

Campos-Duffy then called out the continued "slippery slope toward military wokedom" under the Biden administration by pointing to a reading list provided to soldiers that included books like "How to Be an Antiracist," "Stamped From the Beginning" and "White Rage."

"Now this isn't a Silicon Valley book club — this is our military," she said. "But if our leaders in the Department of Defense don't stand up and stop this rising tide of wokeness, before long, we won't be able to tell the difference."

Campos-Duffy previously suggested in February that Obama had the power to reopen Chicago schools "with one little tweet" but had "done nothing."

You can watch the full clip below via Fox News:

Watch the latest video at <a href="https://www.foxnews.com">foxnews.com</a>
From Your Site Articles
Related Articles Around the Web
Report typos and corrections to: feedback@alternet.org.