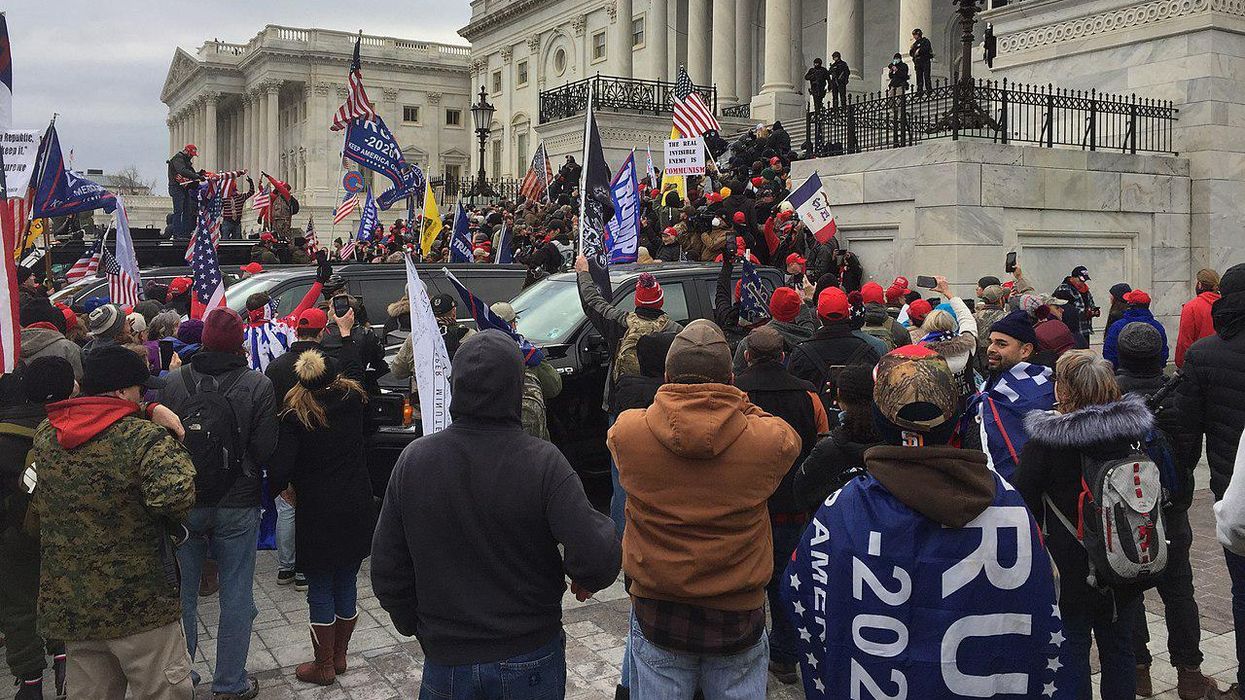 In a far-right essay published by the website The American Mind in March, the increasingly extremist Claremont Institute's Glenn Ellmers argued that the millions of people who voted against former President Donald Trump in the 2020 presidential election — although technically U.S. citizens — have forfeited the essence of what it means to be American. Paul Matzko addresses that type of thinking in an article published by the Libertarianism.org website this week, explaining why it has an "exclusionary" bent.

Matzko explains that Ellmers "writes off all who voted against Trump as those 'who may technically be citizens of the United States but are no longer, if they ever were, Americans'…. His basis for exclusion is that 'they do not believe in, live by, or even like the principles, traditions, and ideals that until recently defined America as a nation and as a people.'"

Matzko goes on to say that while Ellmers' critics have denounced his essay as "undemocratic" and even "fascist," another term for that type of outlook is "herrenvolk democracy."

The writer explains, "National conservatism aspires to convert America into a 'herrenvolk democracy,' a term taken from the German for 'master people' — which historian George Frederickson defined as any 'formally democratic political system in which voting and office holding is limited to members of a dominant ethno‐racial group.'"

Matzko adds, "Historians typically apply the concept to the political situation of the post‐Reconstruction South beginning in the 1870s, a time when White Democrats sought to disenfranchise newly freed Black Republicans. But the term could just as easily describe White Republicans today who seek to disenfranchise Black and Brown Democrats. In both cases, herrenvolk ideologues would retain democratic forms while gating participation in that democracy along cultural, ethnic and racial lines."

According to Matzko, "Ellmers's exclusionary logic — he calls immigrants unassimilable — and dehumanizing language are a reminder that national conservatism trades on a conception of American democracy as rooted in native-born blood and strictly bordered soil."