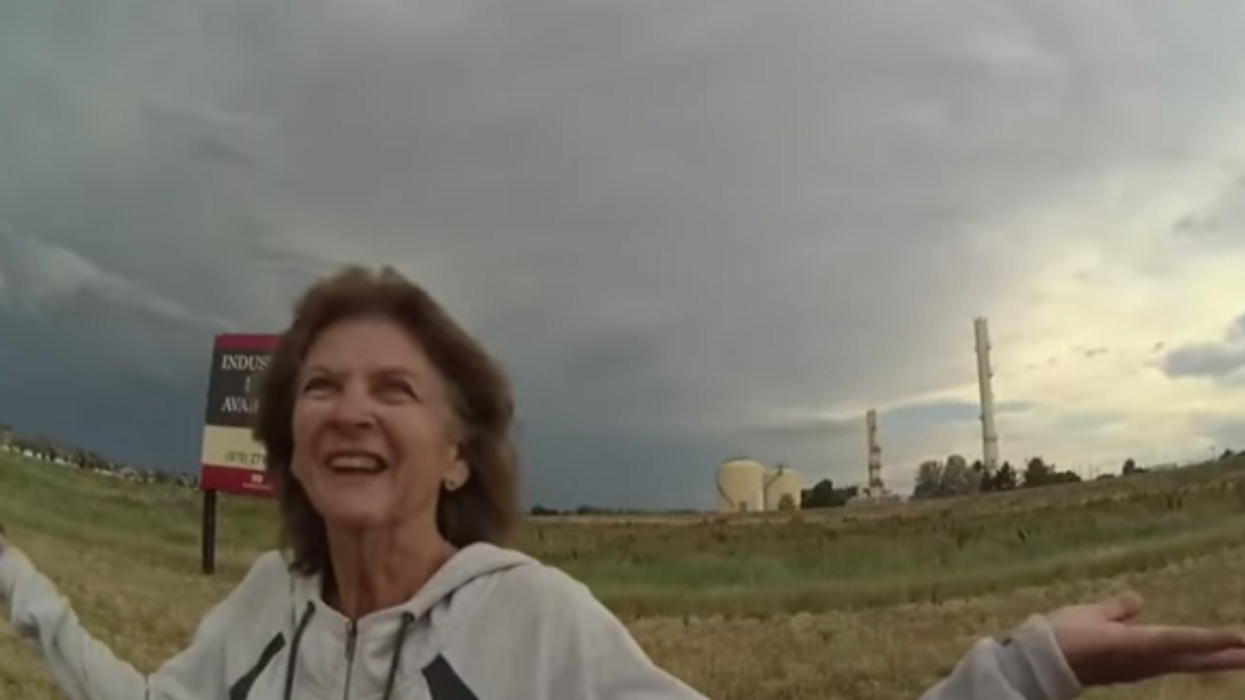 The Loveland Police Department in Colorado is facing heightened backlash amid the release of body cam footage showing one of its officers tackling a 73-year-old grandmother with dementia. The harrowing footage also serves as a reminder of what Rep. Alexandria Ocasio-Cortez means when advocating for police to be defunded.

According to VICE, a federal civil rights lawsuit has been filed against the Loveland Police Department and three of its officers on behalf of a 73-year-old grandmother named Karen Garner. The lawsuit which details Garner's disturbing arrest also offers a breakdown of her medical condition noting that she suffers from "dementia and sensory aphasia," and has "an inability to understand spoken and written speech."

The bodycam footage shows Garner being approached by Loveland Police Officer Austin Hopp after she was accused of shoplifting from a local Walmart. When Hopp asked Garner why she did not stop walking when he turned on his patrol siren and lights, she only offered a blank stare and an inaudible response.

As she attempted to walk away, the bodycam footage shows Hopp grabbing the 80-pound woman, throwing her down to the ground as he twisted both arms behind her back in what the lawsuit describes as a "painfully upward" position.

Hopp and the officers who assisted him are also said to have "hog-tied her on the side of the road." The tactic is seen as a controversial restraining method that some law enforcement agencies have banned officers from using.

According to the lawsuit, as a result of the officers' handling, Garner suffered a number of injuries including "a dislocated shoulder, a fractured humerus bone, and a sprained wrist." The lawsuit also notes that Garner "was covered with bruises by the time she arrived at a hospital" and was not taken to receive medical treatment until several hours after her encounter with the officers.

"What little freedom and happiness Ms. Garner enjoyed in her life as an elderly adult with declining mental health was, on June 26, 2020, recklessly and deliberately obliterated by the Loveland Police Department," the lawsuit states.

Garner's disturbing interaction with police officers serves as another reminder of why social workers may be better suited than police officers when it comes to certain people. Last summer, Ocasio-Cortez sounded off about the need for law enforcement budgets, funding, and resources to be reallocated to other areas of social service where they could be more beneficial.

In response to the lawsuit against the Loveland Police Department, Tom Hacker, a spokesperson for the law enforcement agency released a statement saying, "There's no record associated with this event, no frame of video, no shred of any evidence that won't be looked at pretty thoroughly."