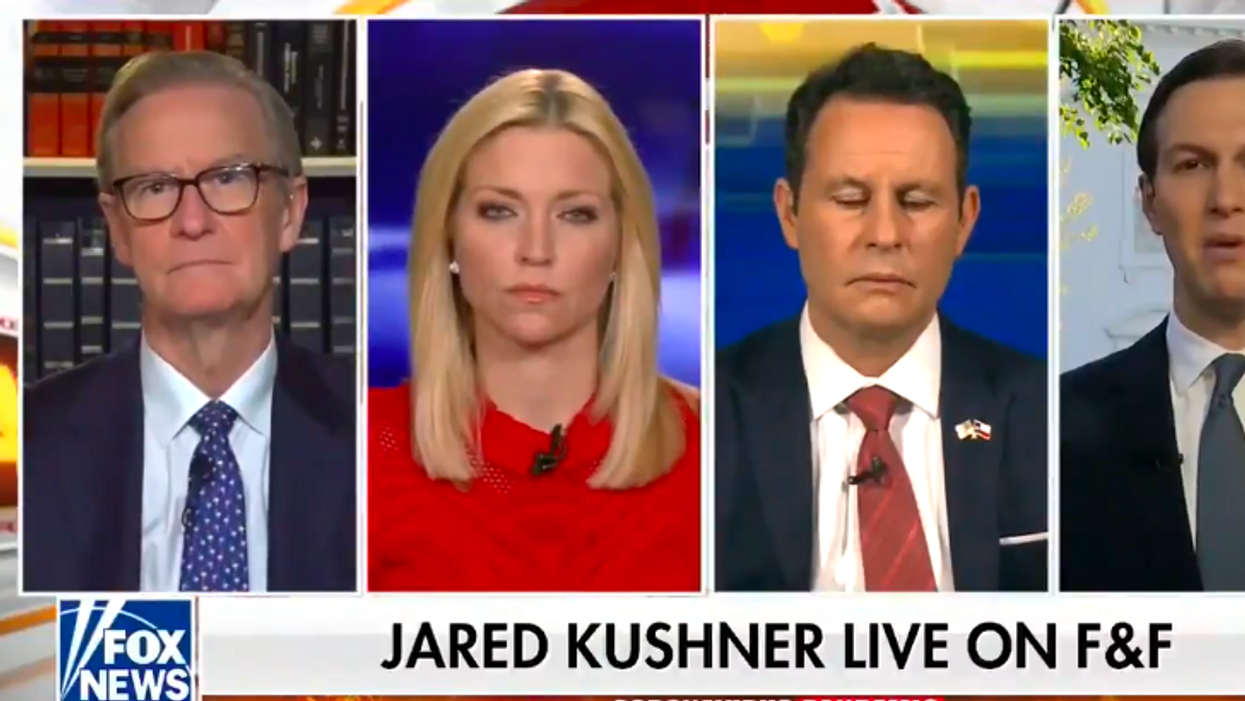 Image via Screengrab.
David Badash
and
The New Civil Rights Movement
April 29, 2021
It was one year ago today. The Trump administration effectively announced it had done all it planned to do to control the coronavirus pandemic, declaring it essentially over and the recovery was here. At that point, more than 60,000 Americans had died from COVID-19. One year later, that number is closing in on 600,000 deaths.

Calling it "a great success story," Jared Kushner told Fox News on April 29, 2020, "May will be a transition month, you'll see a lot of states starting to phase in the different reopening based on safety guidelines that President Trump outlined in April. I think you'll see by June a lot of the country should be back to normal and the hope is is that by July the country is really rocking again."

As many on social media are noting, he was correct – with the months, he just got the year wrong.

Just days after Kushner suggested the pandemic was almost over, Trump had decided to dismantle the coronavirus task force. After tremendous public outrage he backtracked, saying he had no idea how "popular" it was.

Exactly three months after Kushner's remarks, on July 29, 2020 The New York Times reported: "Once again, the coronavirus is ascendant. As infections mount across the country, it is dawning on Americans that the epidemic is now unstoppable, and that no corner of the nation will be left untouched."

In that three month period, coronavirus deaths more than doubled.

"As of Wednesday, the pathogen had infected at least 4.3 million Americans, killing more than 150,000," the Times recorded. "Many experts fear the virus could kill 200,000 or even 300,000 by year's end. Even President Trump has donned a mask, after resisting for months, and has canceled the Republican National Convention celebrations in Florida."

Today, as Americans remember Kushner's words, many are mourning the loss of loved ones, of family, friends, neighbors, and co-workers who did not have to die and more than likely would not have if Kushner, Trump, and the administration had done their jobs.

Kushner's "by July the country's really rocking again" prediction came back to haunt him, as Americans continued to quote it in anger over the past year. It may become the phrase he is most remember for.

People are posting the stories they remember about this defining moment, and other Kushner abuses of power.

A year ago today, Jared Kushner told Fox & Friends that the Trump administration "rose to the challenge" with its C… https://t.co/bdQ4RBcub0
— Mother Jones (@Mother Jones)1619701200.0