'You're not hearing what I'm saying': Rand Paul embarrasses himself in an attempt to play gotcha with Fauci 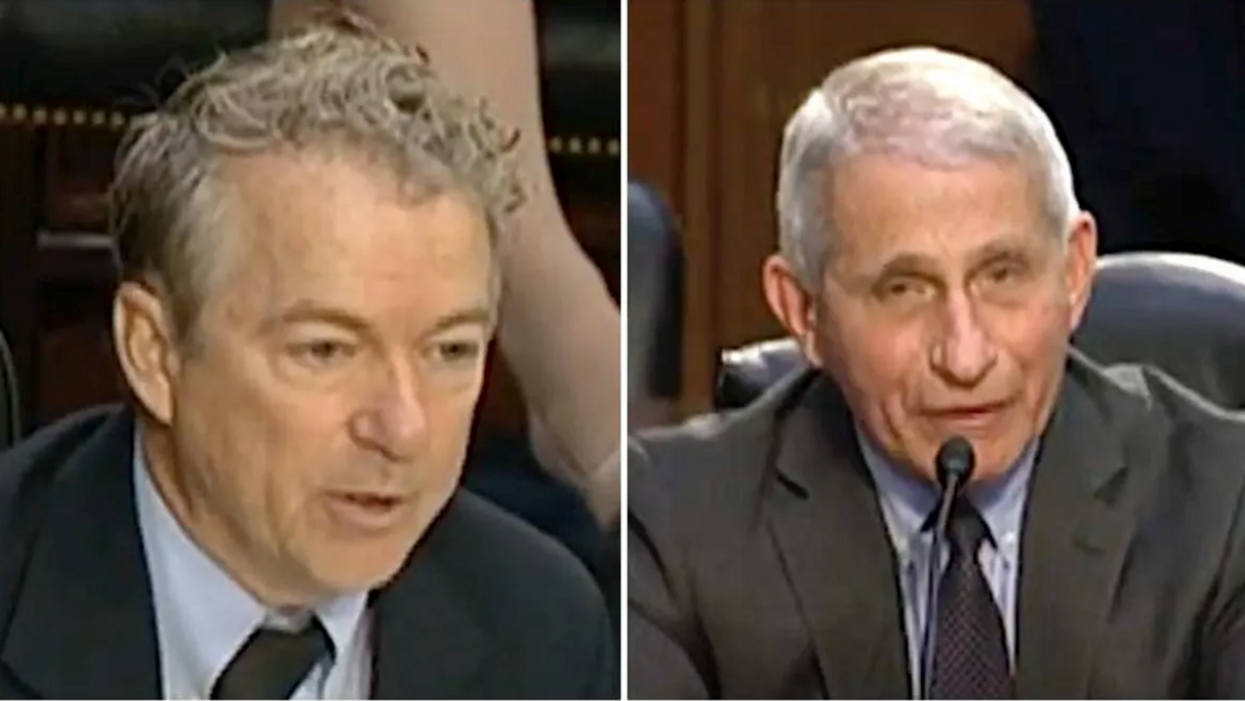 During a hearing on the nation's response to the COVID-19 pandemic this Thursday, Sen. Rand Paul (R-KY) questioned Dr. Anthony Fauci while citing studies he said show that the threat of being reinfected with the virus is relatively low.

Paul said the studies show "significant optimism" that the virus is on the wane. "What specific studies do you cite to argue that the public should be wearing masks well into 2022?" Paul asked Fauci.

Fauci replied that he didn't understand the connection Paul was drawing between masks and reinfection.

"We're talking about people who have never been infected before," Fauci said.

Fauci, visibly frustrated with Paul's line of questioning, replied, "Here we go again with the theater."

"Let's get down to the facts," Fauci said. "The studies that you quote from Crotty and and Sette look at in vitro examination of memory immunity, which in their paper they specifically say this does not necessarily pertain to the actual protection. It's in vitro. ... The other thing is when you talk about reinfection and you don't keep in the concept of variants, that's an entirely different ball game. That's a good reason for a mask."

Paul reiterated his point that "there is no evidence" of significant reinfection after natural infection or the vaccine. "It doesn't exist," Paul said.

"You're not hearing what I'm saying about variants," Fauci replied.

Paul argued that there's no evidence of significant reinfections from variants with hospitalizations and deaths, to which Fauci replied that "we don't have a prevalent variant yet."

Watch the full exchange in the video below: