'Murder Among the Mormons' filmmakers on how forgeries, faith and a salamander led to Utah bombings 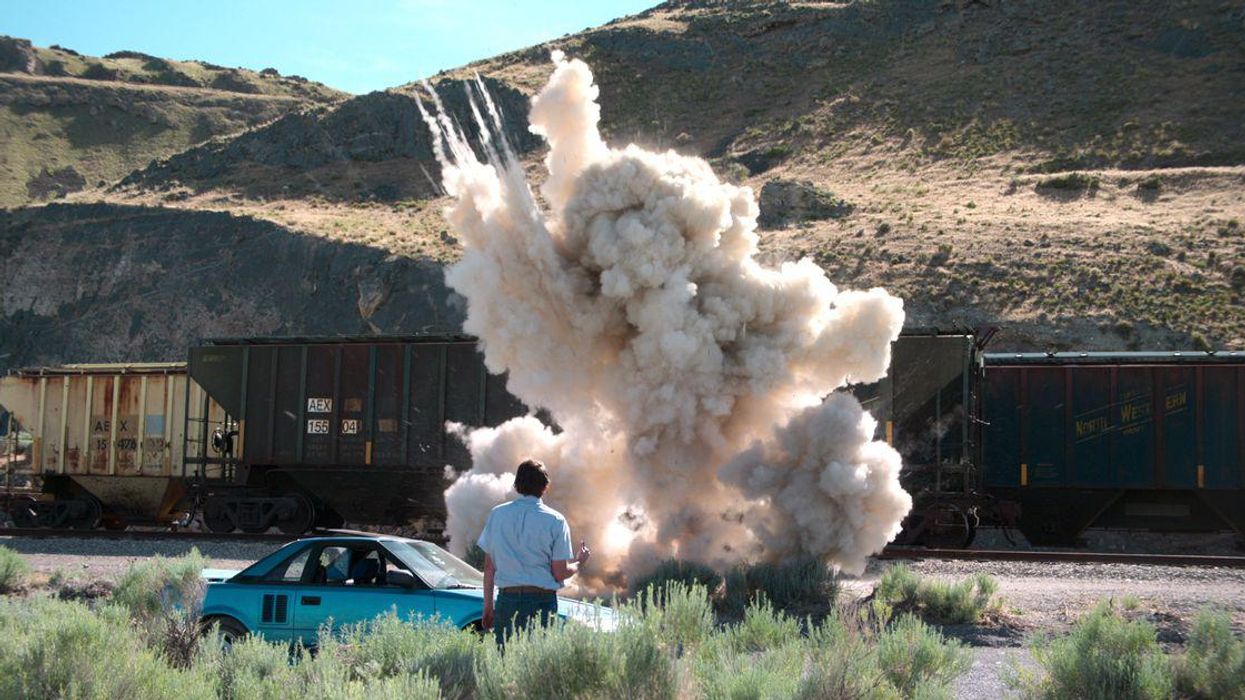 Netflix's "Murder Among the Mormons" co-directors Jared Hess and Tyler Measom were both young — six and 14, respectively — when a series of Salt Lake City bombings killed several high-profile members of the Mormon church in 1985. The murders drew national attention to the church, which, after a century of being viewed as a sort of "outsider religion" plagued by 19th-century extermination orders and persecution campaigns, had become and remains one of the fastest-growing denominations in the United States.

The violent nature of the crimes was a juxtaposition against a religious group that is often caricatured for its unrelenting optimism (as David Foster Wallace once wrote, "There's always a Mormon around when you don't want one, trying your patience with unsolicited kindness"), and as such, the bombings captured tabloid attention, which quickly gave way to conspiracy theories.

"Nobody knew what was going on," Hess told Salon in an interview. "Because of that, it was a really uncomfortable time for so many people. Everyone was trying to get to the bottom of this tragedy, the likes of which Salt Lake City had never really experienced before."

Speculation continued. Was the Church of Jesus Christ of Latter-day Saints actually behind the bombings? Or was it tied to the impending collapse of an investment business with which two of the bombing victims were involved?

The real answer, which is comprehensively outlined over the gripping three-episode true crime docuseries, is stranger than fiction. And it's a story that many Americans either never knew or don't clearly remember.

It starts with Mark Hofmann, a master forger who had initially made a name for himself in the burgeoning Mormon antiquities market. He launched his career by selling "found" documents about the early LDS Church to collectors, or the Church itself, and was known by some at the time as the "Indiana Jones" or a "rock star" of Mormon documents.

But then, in 1984, he produced what was later termed the "Salamander Letter."

The correspondence describes how Joseph Smith found golden plates, which later resulted in the Book of Mormon, with the help of what the letter described as "a seer stone, a kind of magical looking-glass." The letter also said Smith was initially barred from gaining possession of the plates by an "old spirit" that "transfigured himself from a white salamander."

This stood in opposition to the early church's claims that it was the angel Moroni who had appeared to Smith and told him about the buried ancient record that would later become the Book of Mormon, and the fear was that the "Salamander Letter" would call into question Smith's spiritual experience by associating it with folk magic.

"I think when a lot of these documents were 'discovered,' it was really disrupting for the church, because it called into question the basis of what the church was, its history and founding," said Hess. "[The LDS Church leaders] had never dealt with anything like this before."

That revelation could potentially cause a huge rift in the denomination. Hofmann anticipated this fear and acted to suppress the letter, but then his life, finances and work came under increased scrutiny — and secrets began to emerge from his past, sparking violence.

"There's no other true crime saga out there like this," Hess said. "There are the murders, the forgeries and the religious aspects of it. And it was important to tell it from the perspective of people who lived it."

According to Hess, who is still a member of the Mormon church, and Measom, who left the faith years ago, the initial title of the series was "The Salamander," and then later "The Salamander Murders," but they were ultimately influenced by the streaming service to change it.

"I think clearer is better for Netflix true crime," Hess said. "There was this question of 'Is it about killing lizards? What is it about?' But there was this clip of archival news from the time, I think it was a national news report about all the attention on Utah, that said, 'There's murder among the Mormons.' And that was it."

Measom continued with a laugh: "Plus, we like alliteration."

The new title is more conspicuous, which Hess and Measom anticipate could turn off some potential viewers. "But I think anytime you're doing a film about a particular group, people are going to be nervous," Measom said. "You could say you're doing a film about a country club, and if someone is a member, they're going to be at least a little nervous about how it's portrayed."

However, one of the ultimate goals of the series, Hess said, was to clarify the events surrounding the Salt Lake City bombings which, while becoming part of the church's collective mythology, are largely unremembered by the mainstream public.

That was what drew him to the project after nearly two decades of making offbeat comedies like "Napoleon Dynamite," "Nacho Libre" and "Don Verdean," a 2015 comedy lightly based on Hofmann's forgeries about an archeologist who, after being bankrolled by an evangelical pastor, searches for items that can prove that the stories from the Bible are true.

"We showed it to several people during production, including my brother and some other people who are also LDS, and they said that it was educational and that it helped 'clear the air' regarding some of the details of the bombings," Hess said. "It's a true crime story that just has so many layers to it."

But the docuseries isn't just a reflection on the history of a crime. A major, contemporary theme woven throughout "Murder Among the Mormons" is how susceptible people are to disinformaion when they want to believe something simply because it supports an existing point of view, much like how Hofmann found eager buyers for his earlier forged documents.

"We are all surrounded by so much information, it's everywhere, and people could do so much research — and they just don't," Measom said. "And what Mark found in his forgery victims were people who were willing buyers, people who were susceptible to that disinformation, because they were blinded by their own faith or beliefs or sometimes greed. He even says at one point, 'When somebody says something is real, it becomes real.'"

And, "Murder Among the Mormons" quietly asserts, we could all be similarly taken. Not that we'd necessarily rack up thousands of dollars of debt to purchase purported Mormon antiquities, but for all of us, there's likely a point that we would take an ill-advised leap of faith, without fact-checking, simply because doing so supports the beliefs we currently hold. With that in mind, the series overwhelmingly eschews salaciousness for compassion in its retelling of the Salt Lake City bombings.

One of the reasons the series is able to achieve that tone is because "Murder Among the Mormons" offers unprecedented access to people who were intimately familiar with Hofmann and the bombing victims, including Brent Metcalfe, a historian who did research for Hofmann; Dorie Olds, Hofmann's ex-wife; Randy Rigby, a close friend of one of the bombing victims; Richard E. Turley Jr., a Latter-day Saint historian; and Ken Sanders, a Salt Lake City-based expert in rare books and antiquities.

Many of those interviewed for the series were still emotional about the tragedy, the filmmakers said, largely because it was underpinned by fundamental questions about faith, religion and skepticism, which are also often private topics in American culture. You see hints of this as soon as the documentary opens on a visibly upset Shannon Flynn, a rare documents dealer whose voice wavers when he's asked about Hofmann.

Hess and Measom said that getting people to open up was a process. It helped that they were both raised in the LDS church, currently lived in Salt Lake City and had been toying with the idea for a documentary project about the "Salamander Letter" for almost a decade.

Measom also has a track record of exceptionally thoughtful work about Mormonism, including the longform NPR radio documentary "Wives Tale," a short documentary about a love story between a Mormon missionary and a communist in 1974 called "Elder," and "Sons of Perdition," which "follows three teenage boys after they escape from the secretive FLDS polygamist sect and must fend for themselves in mainstream America."

But according to Measom, in the case of "Murder Among the Mormons," the biggest thing they had going for them was time. Living in Salt Lake City, they spent years going to lunch with the individuals whom they would eventually go on to interview.

"This wasn't a situation where we just spent an hour with someone to get a quote," he said. "We would sit with them, just asking questions and really listening to their memories and feelings. Think about it — how often do people have the opportunity to tell their stories and have someone really listen?"

Hess added: "A lot of the people we spoke with hadn't had to talk about [the events surrounding the bombings] for years, so I think when they started reliving it, and we were listening, the emotions became very fresh again."

"Murder Among the Mormons" is currently streaming on Netflix.