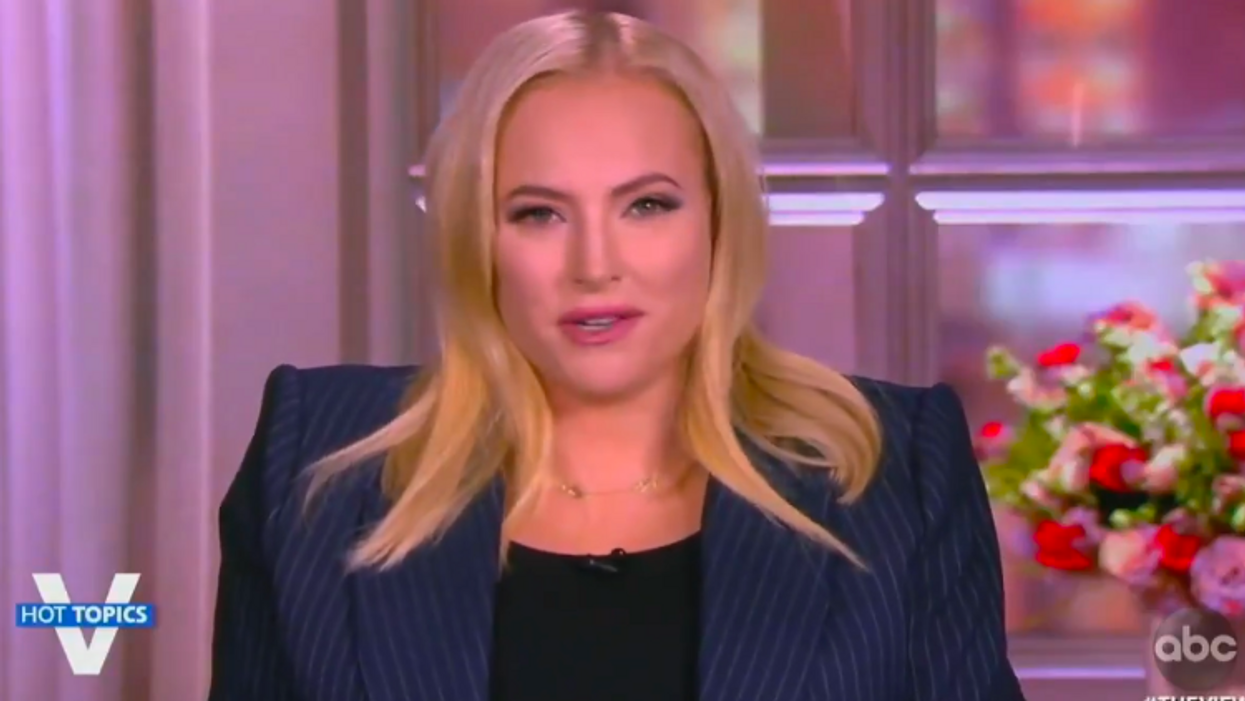 Meghan McCain slammed the British monarchy on Tuesday's episode of The View, declaring that "the American experiment is the way to go."

Asked what she thought of English broadcaster Piers Morgan storming off his show when questioned over his journalistic treatment of the royal family, McCain –– with her knack for conservative solipsism –– dove headfirst into a highly personalized spiel about what it means to be an American and a patriot to boot.

"My ancestors fought in the American Revolution," she explained. "I named my daughter 'Liberty.' I enjoy going to Mount Vernon to visit the home place of our Founding Fathers."

It must be remembered that Mount Vernon was, in fact, a slave plantation. At the time of George Washington's death in 1799, the plantation still held 317 slaves, 90 percent of whom were African-Americans.

McCain, noting conversations she'd had with friends, pointed to a potential generational difference in how the British feel about the monarchy. "There's a feeling among some people in the U.K.," she said, "that they have sort of abandoned Queen and country. And they're doing it a time when Prince Phillip is ninety-nine years old and literally possibly on his deathbed after getting open heart surgery."

McCain capped her gloss on the ills of the British monarchy with one of her more eccentric word salads to date, this one infused with a touch of patriotism, history, and feminism combined.

"We have two American women — Meghan Markle and Oprah Winfrey — who are single-handedly finishing what George Washington and our revolutionary counterparts did. I'm all for it."

The whole thing left Goldberg so stunned that her facial reaction brought a divided internet together in laughter: