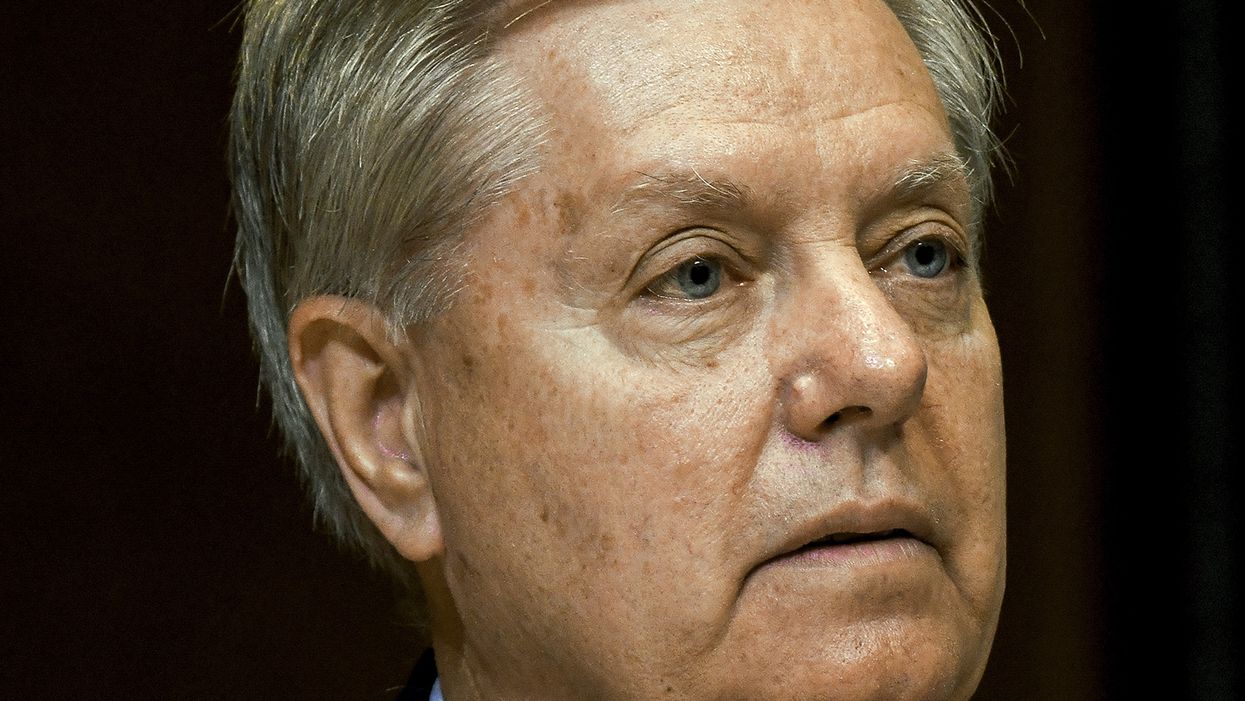 Swan asked Graham about encouraging Trump to run again in 2024 when he made it clear that he can't believe Graham would do something like that.

"I just don't understand how you could -- you don't really believe that, do you? You're just BSing so he doesn't go off and form a third party?" Swan said, frankly.

"A third party would be a disaster," said Graham.

"I know it! That's what you're doing. You're stroking his ego," Swan said.

Graham claimed that he has told Trump that he should keep his options open for 2024. He explained that his hope is that the most electable person runs.

When it came to the Jan. 6 attack on the U.S. Capitol, Graham explained how he could both blame Trump for causing problems while also being friends and golfing with him at Mar-a-Lago.

"Donald Trump was my friend before the riot," Graham said. "And I'm trying to keep a relationship with him after the riot. Uh, I still consider him a friend. What happened was a dark day in American history and we're going to move forward, so here's what you need to know about me. I'm going to continue -- I want us to continue the policies that I think will make America strong. I believe that the best way for the Republican Party to do that is with Trump, not without Trump."

Swan noted that Trump still tells people that he won, even though it's clear that he didn't.

"And I still tell him every day that he wants to listen that the main reason he probably lost in Arizona is beating on the dead guy called John McCain," Graham continued. He went on to explain that it's too easy to throw Trump out and what he hopes to do is take the Trump movement and turn it into something that could work.

"Mitt Romney didn't do it. John McCain didn't do it. There's something about Trump," said Graham. "There's a dark side and there's some magic there. What I'm trying to do is harness the magic. To me, Donald Trump is sort of a cross between Jesse Helms, Ronald Reagan and P.T. Barnum. I mean, it's just this bigger-than-life deal that could make the Republican Party something that nobody else I know could make it."

The question for many Republicans, however, has been what the future of the GOP would look like under Donald Trump and the degree to which they're willing to compromise long-held Republican values for Trumpism.

They also discussed climate change, which Graham said he believes is real and is somewhere between "the world is going to end in 10 years and doing nothing."

Swan went on to quote Graham on his claim to Fox News in January that if Biden reenters the Paris Climate Accord it will "wreck the economy." Graham denied saying it before Swan quoted him word-for-word, which promoted the senator to try explain how he could hold two contrasting views at one time.