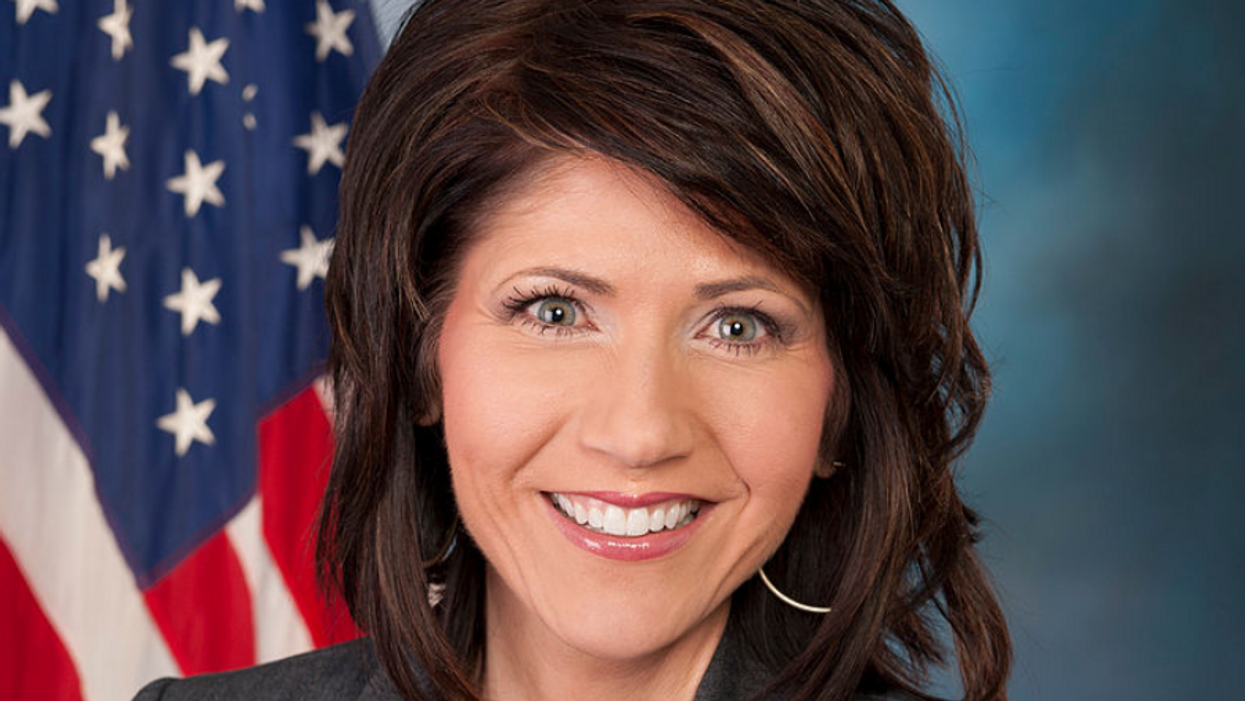 South Dakota Gov. Kristi Noem (R) appeared to be a rising Republican star. She'd gained national notoriety among the Republican Party and her relationship with former President Donald Trump only made her more popular among conservative voters in and around her state. But, now it appears that is changing because she is drawing ire not only from her party but also individuals on the other side of the political aisle.

According to The Daily Beast, Noem initially seemed to anticipate signing the state's controversial piece of legislation targeting transgender athletes' rights. In fact, on March 8, the Republican governor tweeted her excitement about signing the bill. "I'm excited to sign this bill very soon," Noem tweeted at the time.

However, it's been weeks since her tweet, and the bill has still gone unsigned as she continues to slowly back away from it. Days after the tweet, Noem's office noted that the bill was being evaluated as the governor sought subsequent changes to the bill's verbiage.

"I've heard from individuals, not businesses, and not particularly from the NCAA," Noem said during a press conference.

When top business and sports officials, including the Greater Sioux Falls Area Chamber of Commerce and the Sioux Falls Sports Authority, began to express their disdain about the piece of legislation and its possible financial impact, Noem did as well.

The publication reports that while the bill was being evaluated, "instead of targeting drafting errors, she wanted two sections of the bill tossed out and two other parts revised. In this new version, transgender athletes could play college sports."

So why the changes?

In states where similar laws have been passed, there has been some blowback. For example, the National Collegiate Athletic Association (NCAA) withdrew from a number of events scheduled in North Carolina when the state passed a similar piece of legislation back in 2017.

While sweeping anti-transgender legislation has become has passed in multiple states, it does not look like Noem is sure about South Dakota being added to the list. Over the weekend, she unveiled the "Defend Title IX Now" an initiative to reform the 1972 gender equality sports law to approach the situation differently.

While she has expressed concern about girls and women being able to compete fairly in sporting events, the potential business impacts appear to have her rethinking the legislative effort. She released a statement explaining the rights of the NCAA as a "private association."

"The NCAA is a private association—that means they can do what they want to do," Noem said. "If South Dakota passes a law that's against their policy, they will likely take punitive action against us. That means they can pull their tournaments from the state of South Dakota, they could pull their home games, they could even prevent our athletes from playing in their league."

On Monday, Noem also said, "I'm still excited to sign the bill," she said on Monday. "We saw some things that needed to be corrected that can be done with a style and form revision. The part we needed to fix were a trial lawyer's dream."

However, lawmakers have criticized her remarks. According to State Rep. Fred Deutsch, a conservative, Noem did not "have her eyes on the ball," the publication reported.

"My take only: She got into this situation because it was a historic year with COVID, marijuana, money and more," Deutsch told the publication. He also noted that her team should have been involved from the preliminary stages of the proposed bill. "That led to her tweet that she looked forward to signing the bill even though she apparently hadn't yet read it," he said.