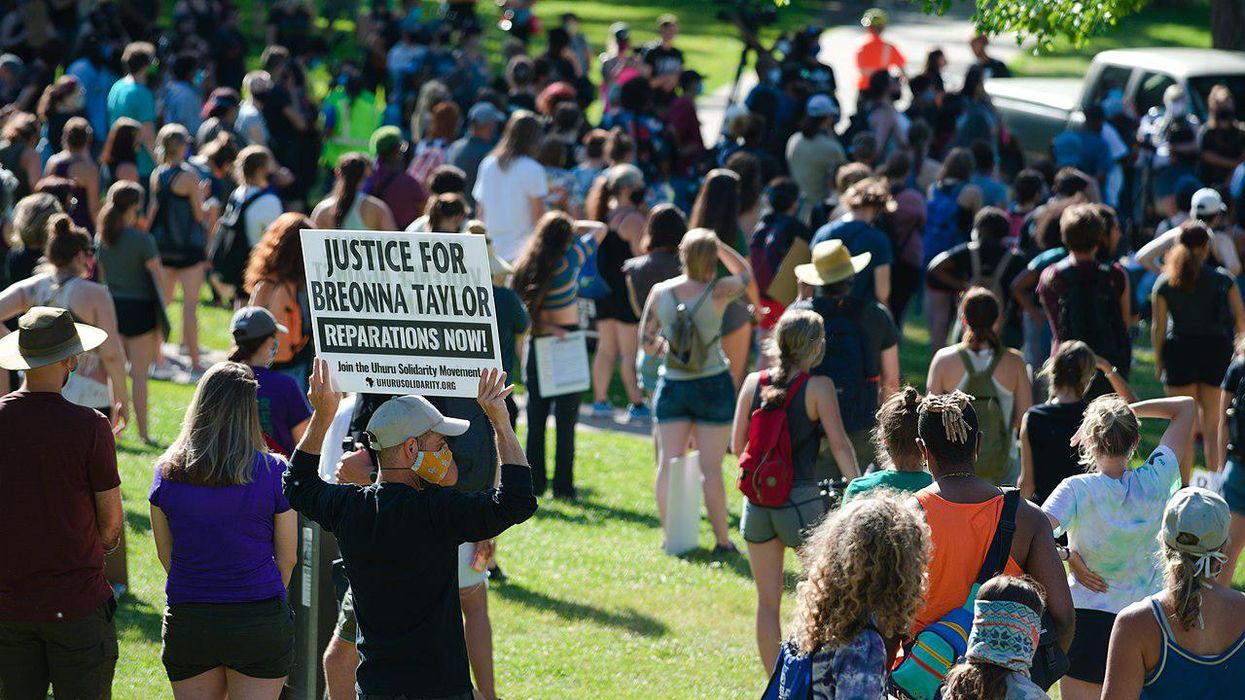 Kentucky's Republican-led Senate has voted in favor of advancing a bill that would give police officers more grounds to arrest protesters who insult them, a measure that has drawn opposition from critics, and civil rights advocacy groups are already pushing back with their concerns about how the bill could infringe upon free speech.

According to The Washington Post, the controversial bill—which was passed unbefittingly, just two days before the anniversary of Breonna Taylor's fatal shooting at the hands of officers with the Louisville Police Department—would "make it a misdemeanor to taunt or challenge an officer with words or gestures "that would have a direct tendency to provoke a violent response from the perspective of a reasonable and prudent person."

Any individuals found guilty of the misdemeanor could face a penalty of up to $250 and three months behind bars. State Sen. Danny Carroll (R), who served as one of the sponsors for the bill, believes the bill would give officers the authority to arrest individuals who may be "inflaming them before the encounter turns violent."

"You don't have a right to accost a police officer," Carroll said.

According to the Republican lawmaker, the provision within the bill would apply in instances that are "obviously designed to elicit a response from the officer — something to push them to making a mistake, pushing them to violence." However, the context of this rule would still have to be revealed by the courts.

The bill also seeks to expound on the types of protest behavior deemed illegal with harsher penalties imposed for riot-related behavior. But despite Carroll's arguments in support of the bill, critics are aggressively pushing back and verbalizing their disdain for the potentially problematic bill.

Tyra Thomas-Walker, co-chair of the Kentucky Alliance Against Racist and Political Oppression, argues that the bill serves as an attack on constitutional rights.

"Some people are just emotional, and they're saying things because they're angry, they're mad, they're traumatized, but they're not acting on it," she said. "Why criminalize someone for their words? We have to protest now with tape over our mouth?"

Corey Shapiro, legal director of the American Civil Liberties Union (ACLU) in Kentucky, has also pushed back against the bill describing it as "an extreme bill to stifle dissent" with broad verbiage."

It's criminalizing speech in a way that's directed at protesters and people who are speaking out against police action," Shapiro said. "It is a bedrock principle of the First Amendment that people should be able to criticize police action, even if it's using offensive speech."