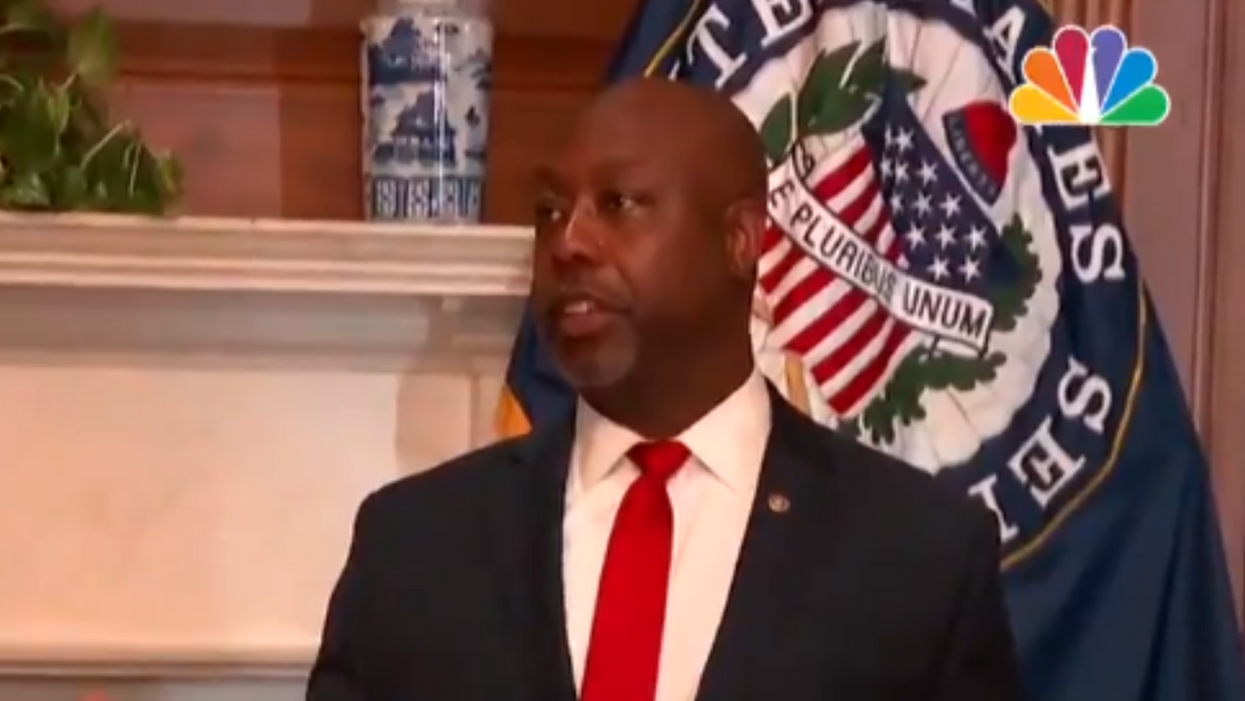 Sen. Tim Scott (R-S.C.) found himself at the center of controversy with his recent remarks arguing that "woke supremacy is as bad as white supremacy." For the last two days, he has been slammed on social media and the critical reactions are still coming.

On Tuesday, March 9, the South Carolina lawmaker appeared on Fox News where he responded to MSNBC's Joy Reid's remarks suggesting Scott only served as "the patina of diversity" at the Republican Party's recent press conference. Scott claimed, "Woke supremacy is as bad as white supremacy. We need to take that seriously."

Scott's remarks quickly became a point of contention on and off social media. As the reactions poured in, CNN's Don Lemon fired back at him. The CNN news anchor began his argument with a recollection of the United States' long, odious history of slavery as he noted how people "can be so ignorant."

"Tim Scott is the only black — the only — only — Black Republican in the Senate," Lemon said exasperatedly. "Telling Fox News — of course, Fox News — that what he calls 'woke supremacy is as bad as white supremacy.'"

Lemon went on to ask Scott a simple question: "What are you doing?"

The remarks weren't missed by Twitter users either and they wasted no time firing back at the lawmaker. Mehdi Hasan ranked Scott's remarks as the "dumbest" words a Republican senator has uttered so far this year. Hasan tweeted, "Literally the dumbest thing a Republican senator has said in 2021 and that's despite all the heavy competition for that title from Tim Scott's colleagues."

Literally the dumbest thing a Republican senator has said in 2021 and that's despite all the heavy competition for… https://t.co/jVpadnCkIz
— Mehdi Hasan (@Mehdi Hasan) 1615309962.0

Best-selling author Don Winslow described Scott as a "soulless, voiceless tool" who works against the progress of his state. He tweeted, "The Republicans hauled their tool [SenatorTimScott] out to attack the [CovidRelief] bill. History has shown that from his first day in office Tim Scott will do whatever Trump and The Republicans tell him to do. A soulless, voiceless tool who works against his state every day."

The Republicans hauled their tool @SenatorTimScott out to attack the #CovidRelief bill. History has shown that fro… https://t.co/gTasWThRrW
— Don Winslow (@Don Winslow) 1615296205.0

Dear @SenatorTimScott, it wasn't "woke supremacists", whatever they are, who gunned down innocents in synagogues, m… https://t.co/hrTqpu0fuG
— Mehdi Hasan (@Mehdi Hasan) 1615339111.0

Scott has yet to respond to the criticism surrounding his controversial remarks.