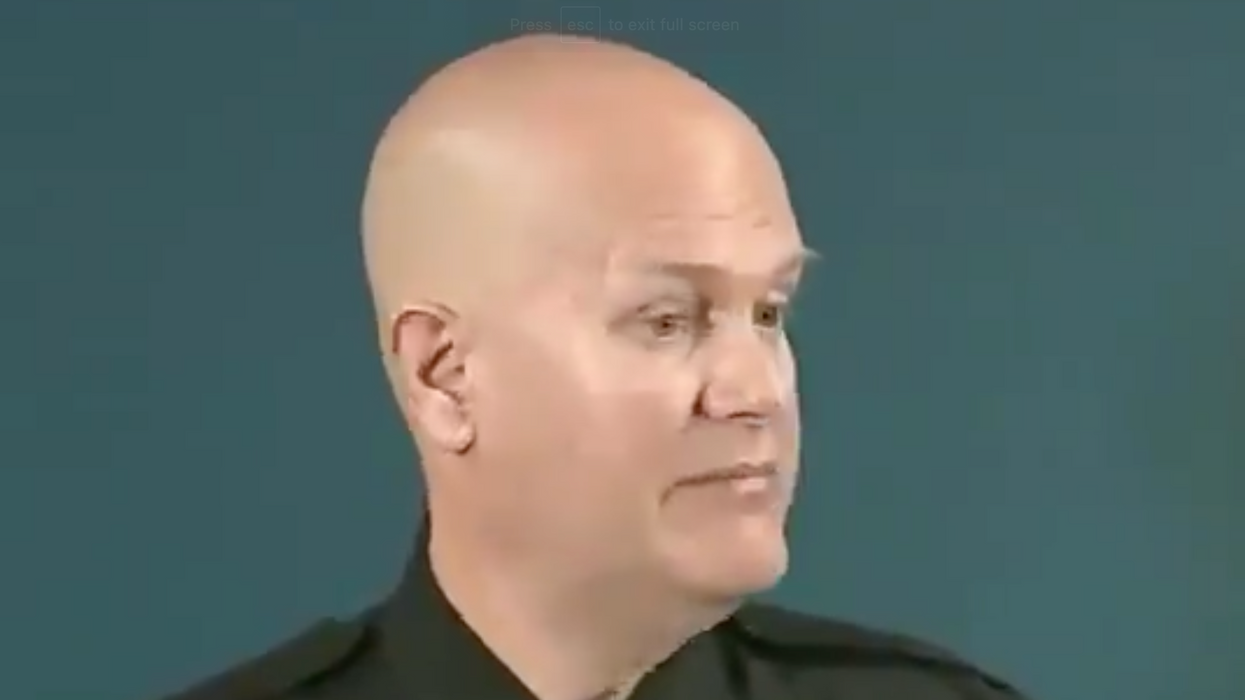 In the Atlanta area, 21-year-old Robert Aaron Long is the suspect in a series of violent attacks on Asian spas that left eight people dead — six of them Asian women. Cherokee County Sheriff's Capt. Jay Baker, discussing the investigation with reporters at a joint news conference with Atlanta Police this week, expressed bizarrely sympathetic-sounding comments for the suspect — triggering a backlash on social media.

Baker said of Long, "He was pretty much fed up and has been kind of at the end of his rope, and yesterday was a really bad day for him. And this is what he did."

Long, according to the Daily Beast, told law enforcement that he was struggling with sex addiction and described the massage parlors as "a temptation" that he that he "wanted to eliminate."

On social media, Baker's comments are inspiring a conversation about racism and criminal justice in the United States — and some Twitter users are observing that if the suspect were Black, a sheriff wouldn't be talking about the person having a "really bad day" when he was suspected of having just murdered eight people at random.

According to The Atlantic's Jemele Hill:

If this murderer were Muslim, Black, or basically anything other than white, there is no way killing innocent peopl… https://t.co/C403g1RPsf
— Jemele Hill (@Jemele Hill)1616007348.0

Imagine losing your loved one to a senseless shooting, and the police captain says this about the shooter: “Yester… https://t.co/fik3pnygWG
— Angela Chen KESQ (@Angela Chen KESQ)1615994914.0

Here are some other reactions to Baker's comments:

@BrendanNyhan @brianklaas Pretty neat of law enforcement to provide a defense for the murderer less than 24 hrs after the murders.
— Phil Ochs (@Phil Ochs)1616004439.0

@AngelaWChen The flippancy of that comment is surreal. Many of us have had many bad days during this past yr. Asian… https://t.co/FyjDh5tseh
— Ella (@Ella)1616005286.0

@AngelaWChen That is such a horrible way to frame the narrative of what happened. I don't care what kind of day tha… https://t.co/un2XJiMsOw
— DiceClub (@DiceClub)1615996163.0

@WUTangKids @RexChapman Well, that’s one explanation. The other one is that he is bat shit crazy decided that he wanted to kill some people.
— Joe Mandt (@Joe Mandt)1615998696.0

@WUTangKids @RexChapman If a society is a point when getting fed up and having a really bad day can lead to murderi… https://t.co/BDLIAhB50D
— Savio Wong (@Savio Wong)1615999183.0