George W. Bush: Capitol riots made me 'sick to my stomach' 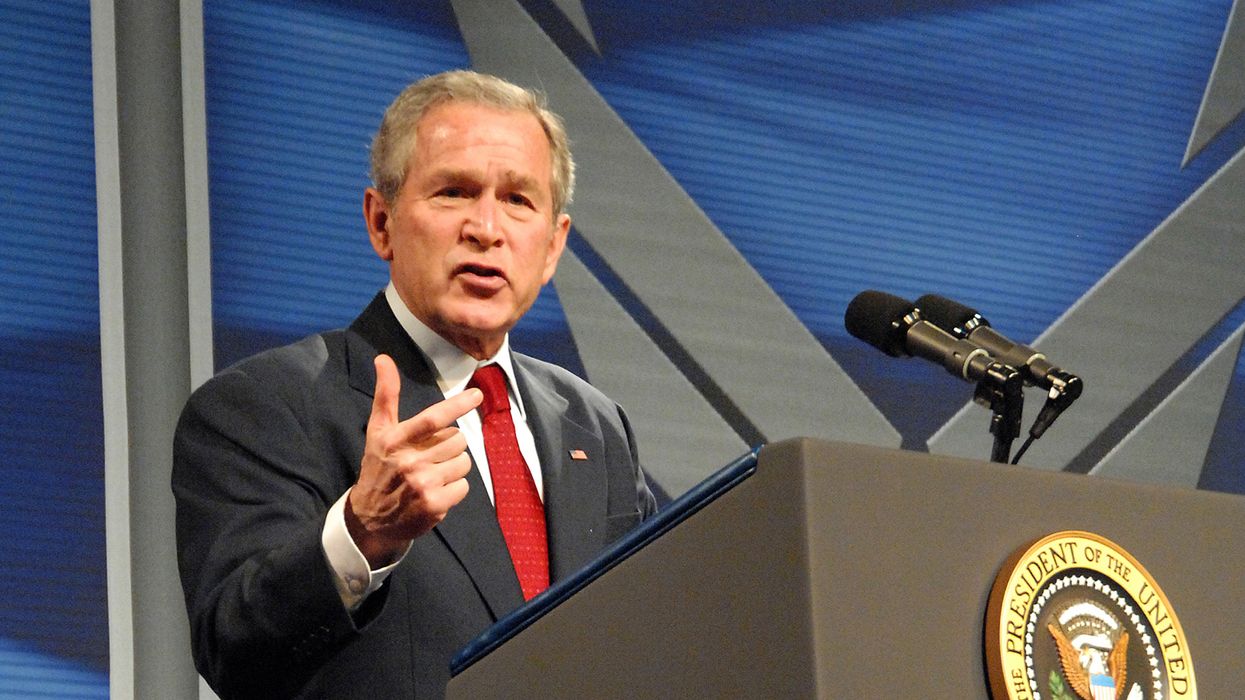 Like many Americans, former President George Bush watched the deadly Capitol riots unfold on television and he was horrified by the disturbing series of events he witnessed. Now, he's speaking out with his brutally honest take on the U.S. Capitol riots.

During a recent interview with Texas Tribune CEO Evan Smith, Bush recalled his reaction to the deadly unrest as he admitted that it "left him disgusted."

"I can't remember what I was doing, but ... I was sick to my stomach ... to see our nation's Capitol being stormed by hostile forces," the former president said to Smith. "And it really disturbed me to the point where I did put out a statement, and I'm still disturbed when I think about it."

Bush went on to explain how the Capitol riots were an attack on the Constitutional right to free speech as he admitted that the riots should not be considered a peaceful form of protest. He added, "It undermines rule of law and the ability to express yourself in peaceful ways in the public square. This was an expression that was not peaceful."

The former president also weighed on the conspiracy theories about the presidential election. While he admitted that it is no secret elections are not perfect, he does not believe the 2020 election was stolen and the Electoral College certification serves as proof of that.

"I think the election, all elections have some kind of improprieties," he said. "I think ... the results of this election, though, were confirmed when Joe Biden got inaugurated as president."

Bush added, "It shows the vibrancy of democracy. That's a telltale sign that people want to get engaged in the system and that they were willing to go vote."

Since the presidential election, many Americans have been angry with the government due to their beliefs that the election was stolen. In fact, the results of the election show just how divided America really is. But according to Bush, the high voter turnout in 2018 and 2020 proves that Americans do care about the United States' democracy and the future of the country.

"Look, politics has always been rough ... And right now we're at a period of time, though, when there's a lot of anger in the system, which then causes people to worry about the future of our democracy," he said. "I think it's going to eventually work its way out of the system.

He added, "History and the United States has shown these populist movements begin to fritter over time, and so I'm optimistic about democracy."