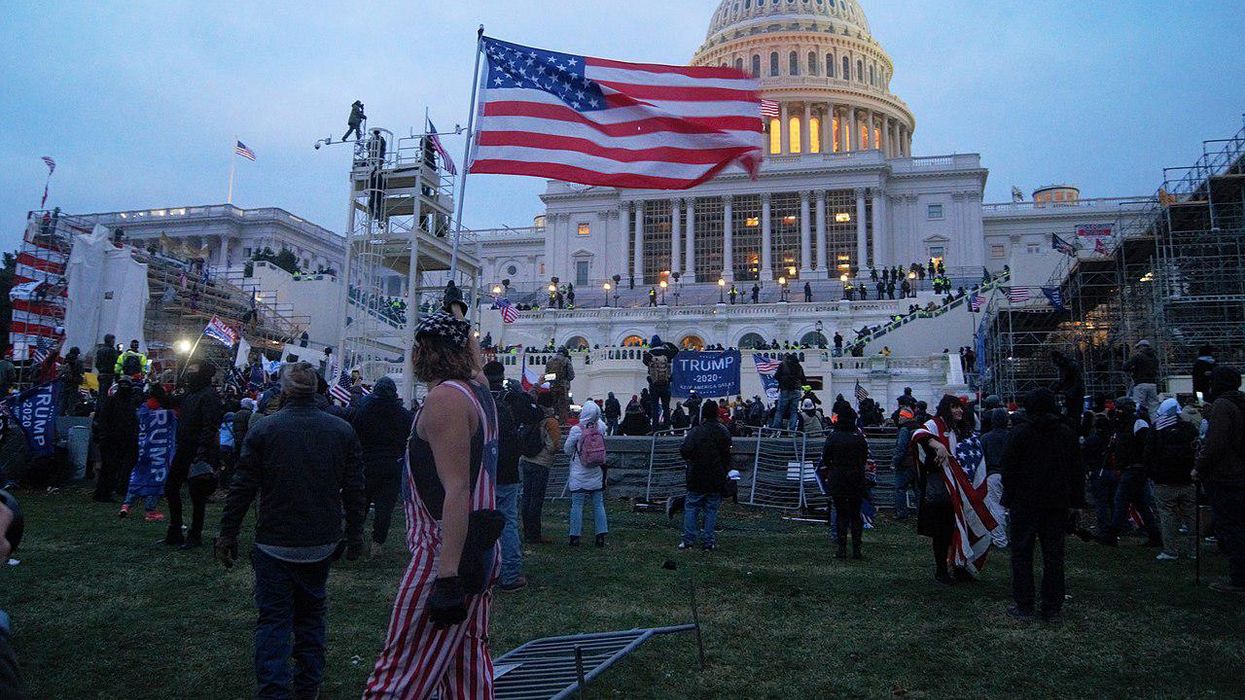 During the 1990s tech boom and Bill Clinton's presidency — especially his second term — there was a great deal of "happy days are here again" sentiment in the United States. Unemployment was way down, the internet was creating new jobs, the Cold War was over and Generation X — falsely derided as a generation of slackers and cynical nihilists by aging Baby Boomers — showed itself to be highly entrepreneurial. Then came the 21st Century, a time of incredible turbulence. And the storm continues in the Biden era.

Some 1990s-era techies were so idealistic that they claimed the internet and the tech boom had created a post-recessionary U.S. economy — and that thanks to technology, there would never be another recession. No serious economist, however, actually believed that, and the early 2000s saw the U.S. and other major economies experiencing their first post-1990s recession. But that recession was only one of the many crises the 21st Century would bring.

September 11, 2001 saw the deadliest terrorist attack in U.S. history, ushering in the War on Terror and showing the type of horrific violence that Islamist fanatics were capable of. And President George W. Bush and his neocon allies only made matters worse by invading Iraq and overthrowing the dictatorship of Saddam Hussein. Although Hussein was a brutal, vicious dictator, he wasn't an Islamist — and he had no use for Osama bin Laden and the al-Qaeda terrorists who attacked the World Trade Center and the Pentagon on 9/11. Minus Hussein, Iraq became a breeding ground for terrorists. The invasion of Iraq helped pave the way for ISIS (Islamic State, Iraq and Syria), an Islamist terror group even more violent than al-Qaeda.

The 1990s claim that there would never be another recession was not only exploded by the early 2000s recession, but also, by the Wall Street crash of September 2008 and the Great Recession — the worst economic downturn since the 1929 crash and the Great Depression of the 1930s. The victory of President Barack Obama in 2008's presidential election was historic: the U.S. elected its first Black president. But the honeymoon phase of Obama's presidency didn't last long, as he inherited a broken economy, two wars (Iraq and Afghanistan) and a terrorist threat — one that included White supremacist violence as well as radical Islamists.

For all Bush's failures as president — the invasion of Iraq, wanting to privatize Social Security, the Hurricane Katrina response in 2005 — he had one redeeming quality: he carefully made a distinction between radical Islamists and peaceful Muslims. Bush even described Islam as a "great religion" that al-Qaeda defamed. And Obama, as president, stressed that the terrorist threat wasn't a question of Islam versus Christianity, but a question of fanaticism versus non-fanaticism. But whenever Obama and his administration warned of the dangers that White supremacist violence and Christianist nationalism posed, he was slammed by Republicans, the Tea Party and the right-wing media — who labored under the racist delusion that only dark-skinned people could be terrorists.

As centrist as Obama was, having an African-American man in the White House for eight years was deeply troubling to the far right — and in 2016 and 2020, President Donald Trump ran overtly racist campaigns focused on White grievance. Those who naively claimed, during the Obama years, that the U.S. was "post-racial" got a brutal wake-up call when Trump's presidency moved the White House to the far right. The Trump years were a nightmare, especially 2020 — a year that saw White nationalist terrorism, the killing of George Floyd (which sparked protests all over the world), social unrest in city after city, the worst health crisis since the Spanish flu pandemic of 1918/1919 and another painful recession.

George Floyd protests: Unrest escalates in demonstrations in more than 30 US cities www.youtube.com

On top of all that, 2020 ended with Trump's attempts to overturn democratic election results and disenfranchise millions of voters who rejected him. President Richard Nixon — for all his paranoia, xenophobia and corruption — never came close to the authoritarianism of Trump and his team of attorneys during and after the 2020 election. And on January 6, 2021, a violent mob of pro-Trump extremists, White nationalists and White supremacists stormed the U.S. Capitol Building in the hope of preventing Congress from certifying Joe Biden's Electoral College victory.

It didn't work. Biden and Vice President Kamala Harris were sworn into office on January 20. But the fact that Trump and so many Republicans refused to accept democratic election results shows how dangerously authoritarian the far right is in the United States.

Biden, like Obama in 2008 and President Franklin Delano Roosevelt in 1933, has inherited a country that is in severe crisis in so many respects — from bitter political divisions to White nationalist and White supremacist terrorism to a brutal economic downtown to a pandemic that, according to Johns Hopkins University in Baltimore, has killed more than 520,000 people in the U.S. (as of March 5) and over 2.5 million worldwide.

We need to call out white nationalism for what it is—domestic terrorism. It is a threat to the United States, and w… https://t.co/LaYYw0jMaw
— Elizabeth Warren (@Elizabeth Warren) 1564932731.0

White supremacists present the gravest terror threat to the United States, according to a draft report from the Dep… https://t.co/csRwubWLbX
— POLITICO (@POLITICO) 1599258165.0

To make matters worse, many pro-Trump and anti-science Republicans continue to reject social distancing measures and make the idiotic claim that liberals and progressives exaggerate the severity of COVID-19. When 2.5 million people are dead, that is a global health emergency — not a hoax or an exaggeration.

From a foreign policy standpoint, Biden faces major challenges. Liberal democracy is threatened in Brazil, Turkey, the Philippines and other countries where far-right authoritarians were voted into office. Trump, as president, openly expressed his admiration for Brazil's Jair Bolsonaro, Turkey's Recep Tayyip Erdogan, Hungary's Viktor Orbán, the Philippines' Rodrigo Duterte and other despots — leaving Biden and Harris with a foreign policy mess to clean up.

Climate change is another daunting problem facing the Biden Administration. Hurricanes, tornados, floods, heatwaves, blizzards and wildfires have always existed, but climate change is making them more severe and more frequent. And Biden is facing an opposition party, the GOP, that is full of anti-science extremists who don't even believe that climate change exists.

The 21st Century has not been for the faint of heart, and the turbulence continues in the Biden era. The words of Bette Davis in 1950's "All About Eve" still ring true: "Fasten your seatbelts, it's going to be a bumpy night."