Where is Ted Cruz in the middle of Texas' growing humanitarian crisis? Airport photos show him heading to Cancun 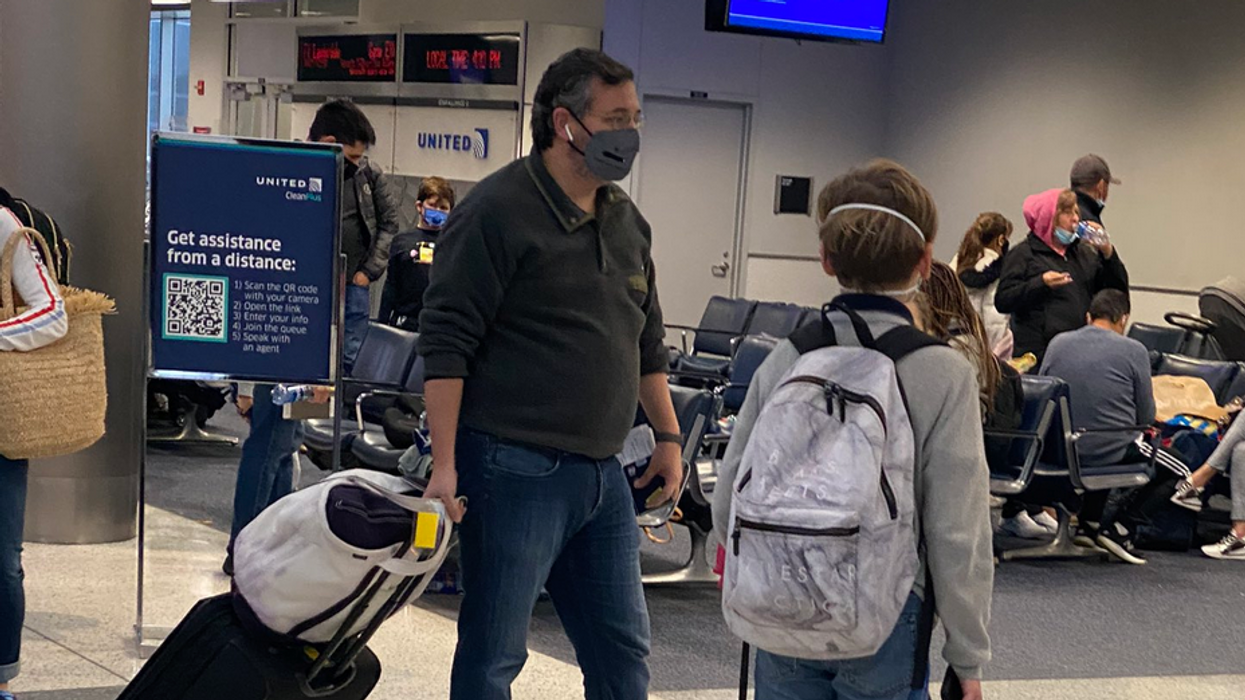 Texas state Republican lawmakers have been under intense scrutiny all week for their handling of the bitter and deadly winter storm still battering the Lone Star state. Now, Texas Sen. Ted Cruz is facing backlash after photos purport to show him on a flight from Houston in the middle of a growing humanitarian crisis.

On Wednesday, Feb. 18, photos surfaced on Twitter of a couple bearing a striking resemblance to Cruz and his wife, Heidi. The two were at George Bush Intercontinental Airport preparing to board a flight to Cancun, Mexico.

According to KSAT, Keith Edwards, who worked for Sen. Jon Ossoff's campaign in Georgia, had "multiple people" confirming the man in the photos was Cruz.

Residents all over Texas are still suffering the unprecedented storm that swept the state this week. Millions of Texans also remain without power and food as the Electric Reliability Council of Texas (ERCOT), the state's privatized and deregulated power grid, struggles to get power back on.

In a nutshell, the state of Texas is facing a historic moment of chaos caused by the latest natural disaster to hit the state. So Twitter users are all asking the same question: "Did Ted Cruz really fly to Cancun during Texas' state of emergency?" Internet sleuths on Twitter even compared the mask worn by the man in the picture to Cruz's mask worn in the Senate chambers.

As a result of the photos, Cruz is facing a litany of critical tweets.

Some even pointed to the stark difference in Cruz's approach to the state's natural disaster in comparison to former rival Beto O'Rourke's proactive response to the crisis.

Fox News' Paul Steinhauser confirmed on Thursday that Cruz is in Cancun, Mexico.

The headline has been updated to reflect that confirmation.