'It's cancel culture!' My Pillow guy interview goes off the rails when even Newsmax has enough 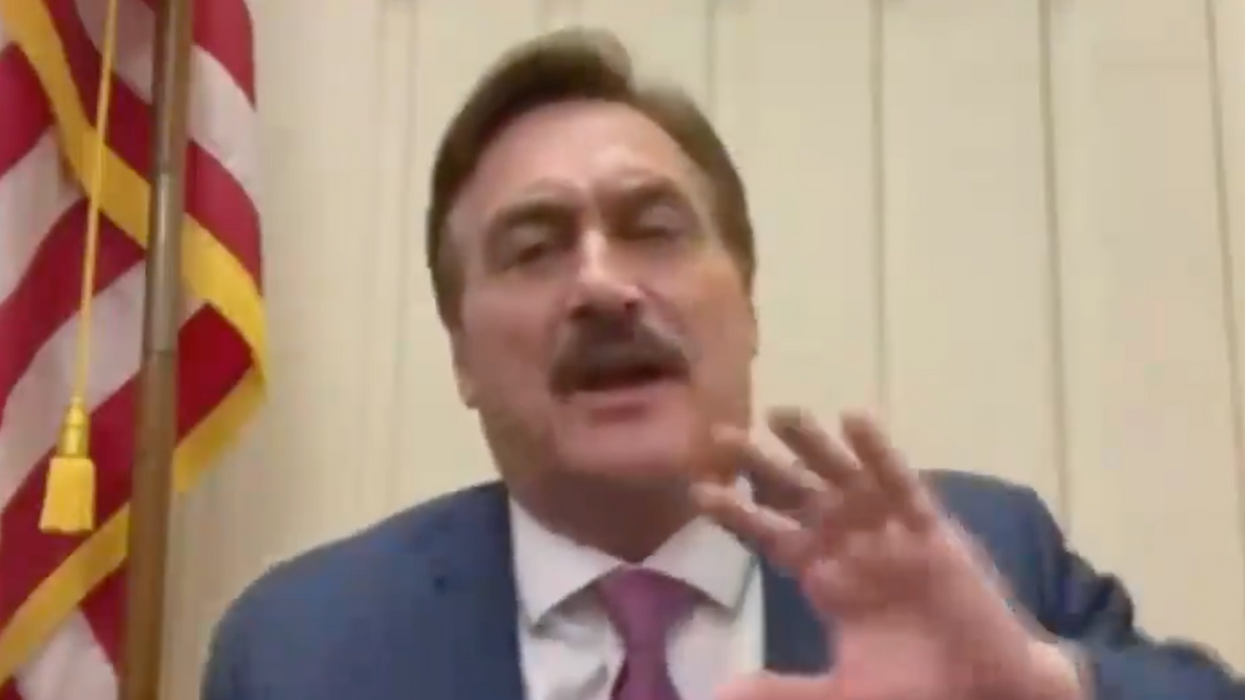 Looks like Mike Lindell is at the end of his bedsheet.

Newsmax—which not that long ago would have eagerly touted a conspiracy theory about a race of Jewish-funded reptilian overlords stealing the election from Donald Trump (assuming the network could have somehow dug up a stock photo of George Soros posing with an iguana)—is now apparently scared shitless about potentially being sued by Dominion Election Systems. As well it should be.

Earlier today, the network invited MyPillow guy Mike Lindell on air to talk about cancel culture, but we didn't get to hear much of what he had to say about that because anchor Bob Sellers spent most of the segment loudly reading cover-your-ass disclaimers over Lindell's conspiratorial blather.

After Lindell claimed he had "100 percent proof" that the election was stolen by Dominion election machines, Sellers shut him down … but Lindell just kept talking.

After Sellers reads a detailed disclaimer noting that Newsmax has been unable to verify any of Lindell's claims about Dominion Voting Systems allegedly stealing the election, Lindell claims Twitter shut him down because he's "revealing all the evidence on Friday of all the election fraud with these machines."

At that point, Sellers begs his producers to "get out of here, please."

And then, because I hadn't laughed quite hard enough yet to literally piss myself, Sellers gets up and FUCKING LEAVES!

I'm thinking now might be a great time to start a new politics podcast, because I can almost guarantee you'd be able to book Mike Lindell. And I doubt there'd be any time limit. You could call it MyPodcast and make him your first guest—and then just sit back and watch the fireworks fizzle!

And as long as you have $1.3 billion burning a hole in your back pocket, well, it should all go swimmingly, now shouldn't it?