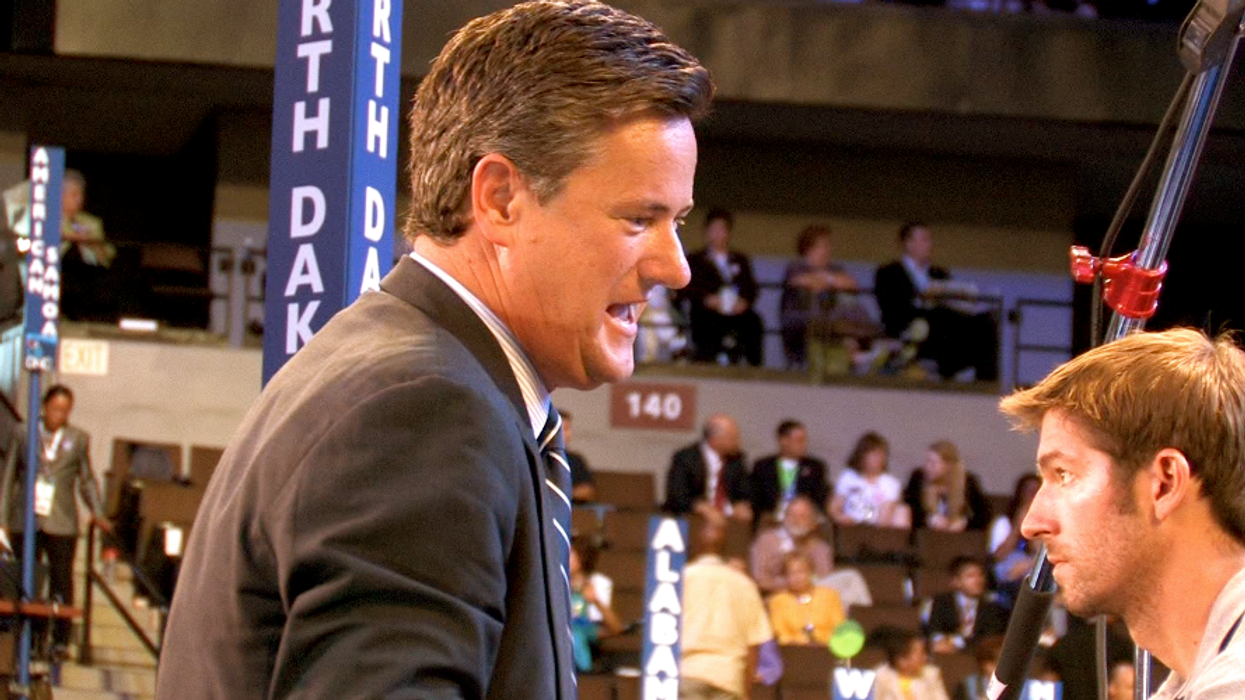 Throughout Donald Trump's four years in the White House, conservative MSNBC pundit Joe Scarborough warned that Trumpism was terrible for the GOP and terrible for the conservative movement — and now that Democrats control the White House and both branches of Congress, he is essentially saying: I told you so. The former GOP congressman, who co-hosts "Morning Joe" with liberal Mika Brzezinski on "MSNBC," examines Trump's post-White House relationship with the Republican Party in an op-ed published by the Washington Post on February 23. And he laments that as disastrous as Trump has been for his former party, the GOP still cannot break free from him.

"Five years ago, Donald Trump seized control of the Republican Party by attacking conservative icons, insulting former GOP presidents and disregarding Ronald Reagan's 11th commandment that warned against criticizing other party members," explains the 57-year-old Scarborough, who left the Republican Party because of his disdain for Trumpism. "Pulitzer Prize-winning historian Jon Meacham told me, at the time, that Trump was like a hijacker taking control of an airplane while the passengers cheered him on. Now, that flying machine is disintegrating in the air, much like the United Airlines flight that scattered engine parts across Colorado this past weekend."

Scarborough continues, "Fortunately, that passenger plane landed safely. I suspect there will be no happy ending for the party of Trump."

My Latest—>”Even as the party tumbles ever closer to Earth, GOP apparatchiks race up and down the aisles hunting fo… https://t.co/L6PbFo7RSt
— Joe Scarborough (@Joe Scarborough)1614085606.0

Because he cheered for now-President Joe Biden during the 2020 presidential election and has spent so much time railing against Trump, the ex-president's sycophants claim that he has turned liberal — which he hasn't. Scarborough is still conservative, although not far-right. And in his Post op-ed, he laments that what was once the party of Ronald Reagan is now the party of former President Donald Trump.

"Even before his disastrous handling of the pandemic, Trump's impulsiveness, ignorance, racist screeds and gratuitous personal attacks offended enough suburban Republicans and swing voters nationwide to cause disastrous election results for the party in the 2018 midterms," Scarborough writes. "In 2018 and 2019, Democrats won gubernatorial races in the bright-red states of Kansas, Louisiana and Kentucky. Trump's subsequent loss of the White House in 2020 was made worse for Republicans by his manic promotion of numerous conspiracy theories, all pointing to widespread voter fraud as the cause for Joe Biden's victory."

But even after the January 6 assault on the U.S. Capitol Building, Scarborough laments, the GOP cannot overcome its "disastrous obsession" with "this political loser" — and to make matters worse, many Trump sycophants are determined to punish any Republican who criticizes the ex-president.

"They now spend their days doing little more than seeking out political sinners," Scarborough laments. "Rep. Liz Cheney (R-Wyo.), Senate Republican Leader Mitch McConnell (Ky.) and others face censure by party officials for criticizing the demagogue who inspired the Jan. 6 attacks. Even as the party tumbles ever closer to Earth, GOP apparatchiks race up and down the aisles hunting for heretics instead of finding someone on board who can actually land their plane."

Scarborough writes that Sen. Lindsey Graham of South Carolina was spot on when, in 2016, he warned, "If we nominate Trump, we will get destroyed" — although he later flip flopped and became a devoted Trump sycophant.

"Democrats love the madness of it all," Scarborough writes. "They know it was Trump who made it possible for (Rep. Nancy) Pelosi to become speaker of the House yet again. They know it was Trump's idiocy during the Georgia runoffs that made (Sen. Chuck) Schumer the Senate majority leader and put Bernie Sanders in charge of the Senate Budget Committee…. Because of Trump, Democrats own all the levers of power in Washington…. The only question now is why Graham and so many of his fellow passengers continue to cheer on their hapless hijacker."