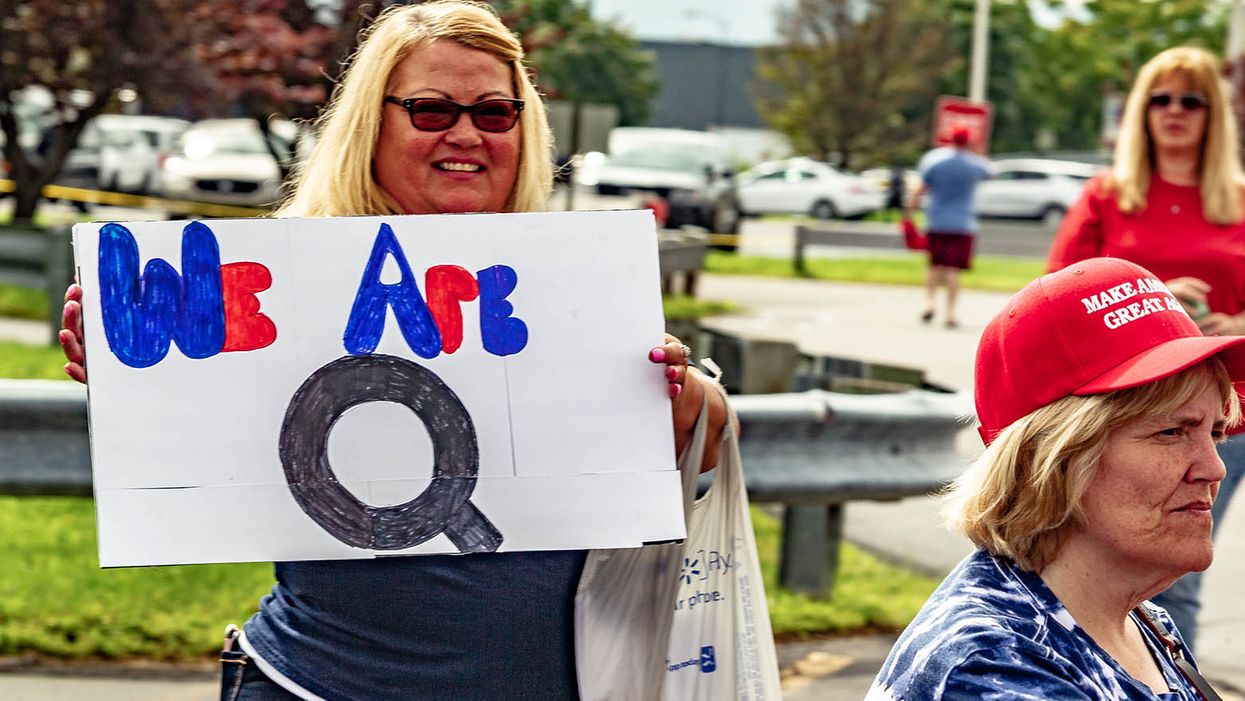 President Donald Trump departed the White House on Wednesday, but that hasn't deterred many supporters of the thoroughly discredited QAnon conspiracy theory of believing he'll still be president for the next four years.

Media Matters researcher Alex Kaplan has spent the morning combing through assorted QAnon message boards and Telegram channels to see how they're coping -- and he's found that they're furiously moving the goalposts to justify their belief that Trump will soon carry out mass arrests of his political enemies for being in a purported Satanic pedophile ring.

As Kaplan documents, some QAnon believers still think Biden will be arrested before taking the oath of office, while others think that Biden will be sworn in and that Trump and the military will launch a coup against him at an unspecified future date.

The wildest theory, however, comes from three QAnon "influencers" who now believe that incoming President Joe Biden is secretly allied with Trump and will help him bring down Hillary Clinton and other Democratic leaders.

As evidence, one influencer notes that Trump's nickname for Biden was "Sleepy Joe," which they interpret to mean that Biden is a Q sleeper agent.

They also speculate that Trump's letter to Biden contains "instructions" for bringing on the mass arrests that they have been promised for the last four years.