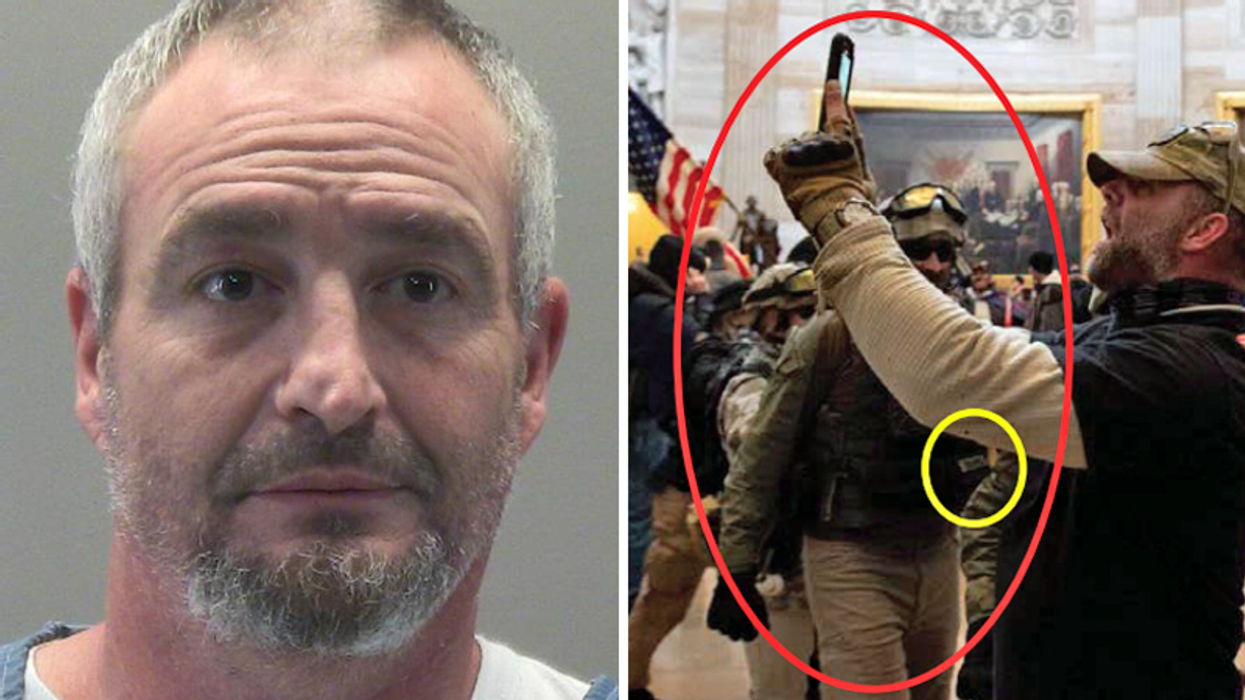 Federal prosecutors on Friday made shocking allegations against Donovan Ray Crowl, a former U.S. Marine and member of the right-wing paramilitary group the "Oath Keepers" who was arrested for being part of the insurrection at the U.S. Capitol.

"Crowl, 50, is one of three members of the right-wing group who've been charged with conspiring to disrupt the congressional session to certify President-elect Joe Biden's electoral victory. Thomas Edward Caldwell, 65, an apparent leader of the Oath Keepers, and Jessica Watkins, a 38-year-old Army veteran, have also been charged with conspiracy. All three have since been ordered held without bail," The Daily Beast reported Friday.

"The plan was never for peaceful protest," the prosecutor said. "The Oath Keepers arrived in D.C. prepared for violence."

"[Crowl's] been preparing for literal war because that's what his organization told him to do," the prosecutor argued.

The DOJ affidavit in support of the criminal complaint and arrest warrant against Crowl includes multiple pictures from the riots that prosecutors allege show Crowl. One of the photos included was actually posted by a "self-proclaimed commanding officer of the Ohio State Regular Militia. An interview Crowl gave to The New Yorker was also cited. 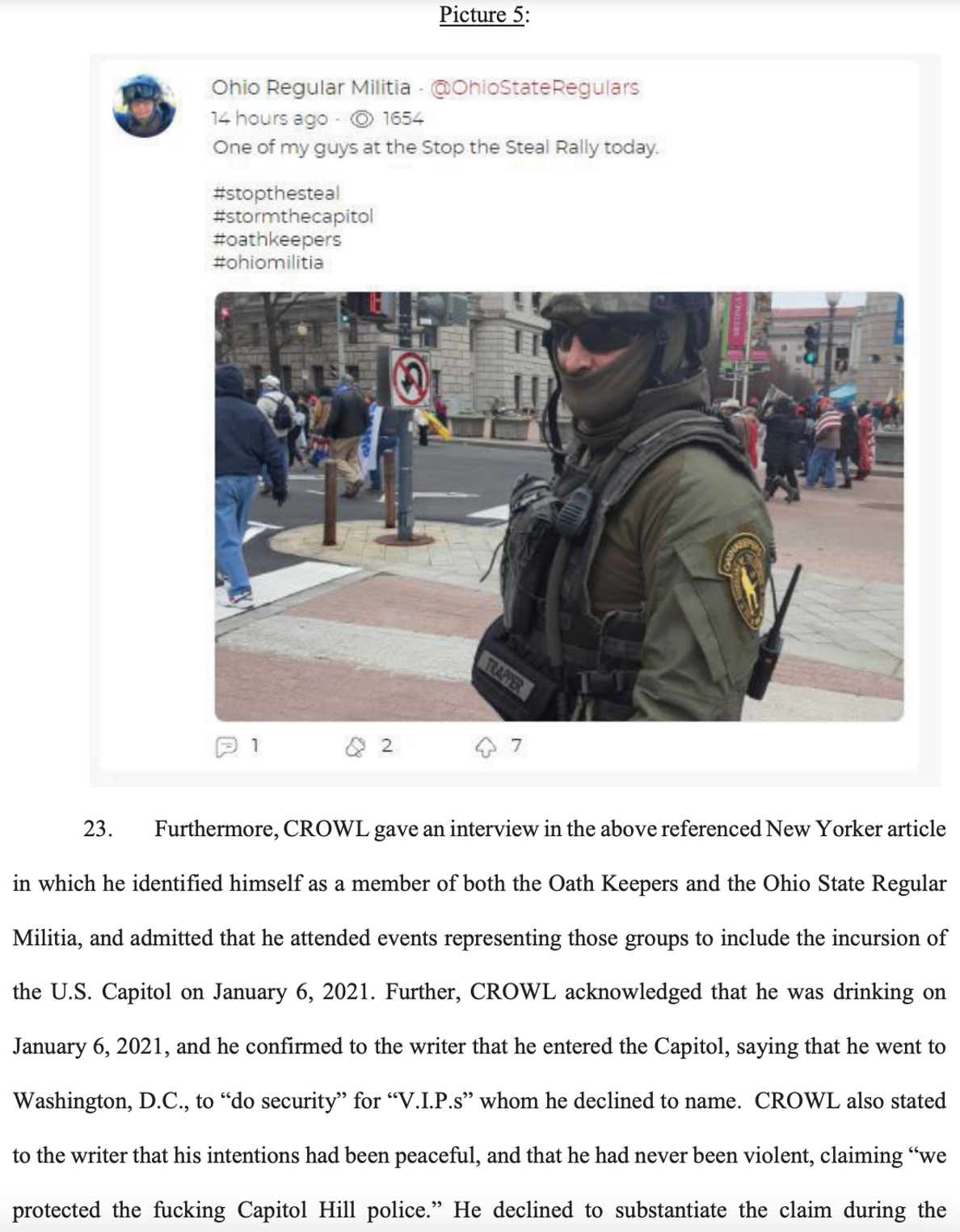