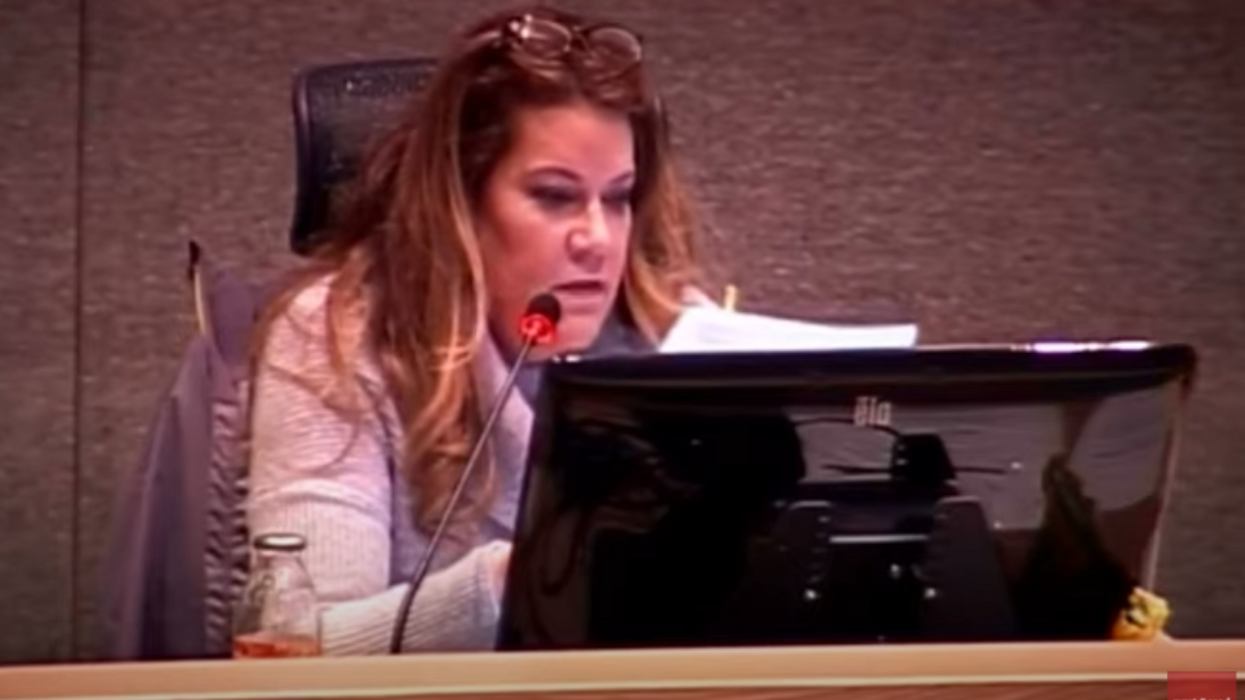 An Alaska lawmaker was removed from the state's discrimination board after defending a license plate with the text, "3REICH," a reference to Nazi Germany.

According to The Washington Post, as most of the state's lawmakers condemned the license plate, Jamie Allard, a member of the Anchorage Assembly who also serves on the commission designated to investigate discriminatory complaints, argued otherwise.

As the Post reports, Allard defended the Nazi-inspired license plate captured on the now-viral photo as she argued a different perspective on the meaning of the personalized text. In a now-deleted Facebook post, Allard claimed, "If you speak the language fluently, you would know that [is] the English definition of the word. The progressives have put a spin on it and created their own definition."

Gov. Mike Dunleavy (R) made the decision to remove Allard from the Alaska State Commission for Human Rights. His spokesperson Jeff Turne released a statement to address the situation. "The comments made by Ms. Allard regarding the license plate controversy have become a distraction for the Human Rights Commission and its mission to ensure equality and fair treatment of all Alaskans," the statement said.

Following her removal, Allard emailed her response to Alaska Public Media. Insisting that she was attacked, Allard claimed to be in agreement with it being best that she "step aside."

"I appreciate the opportunity to serve Alaskans both on the Anchorage Assembly and previously on the Human Rights Commission. I unequivocally condemn racism in every form, and support the mission of the commission 100%," she said adding, "In light of recent attacks against me, I feel it is best to step aside, so the commission can focus on its work, and it will allow me more time to focus on my Assembly duties."