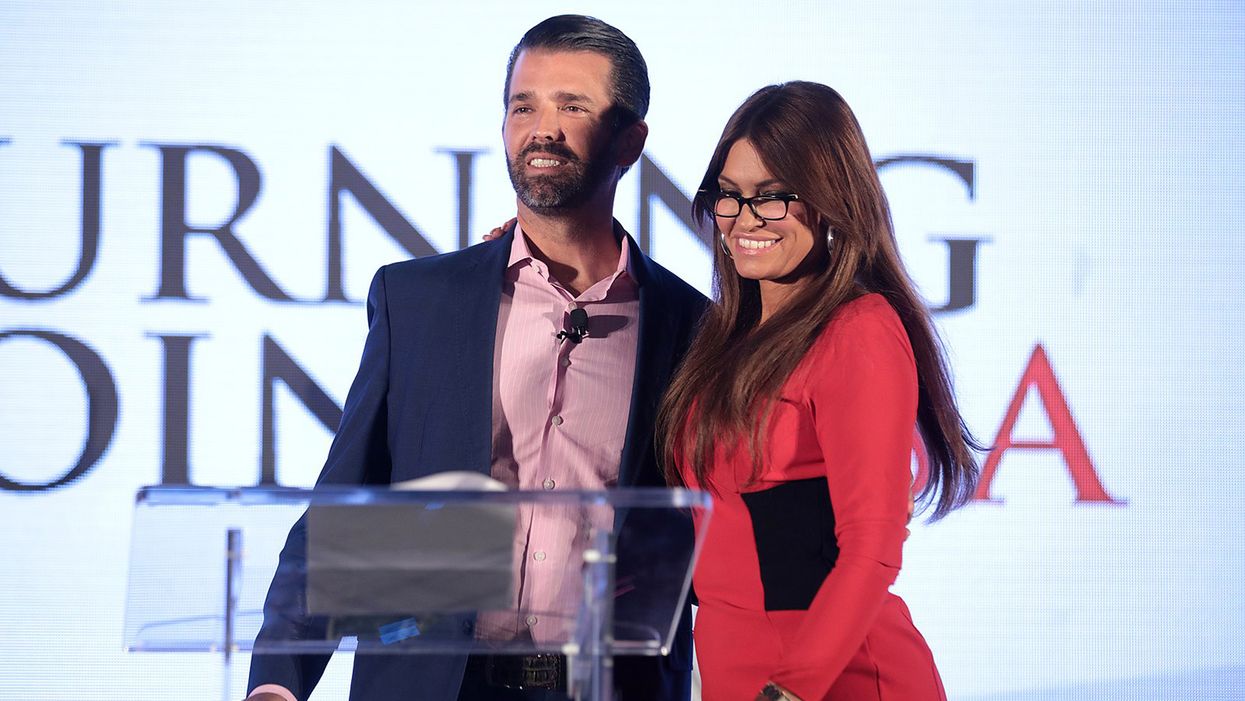 On Tuesday, The Palm Beach Post reported that residents of Admirals Cove, an exclusive gated waterfront community in Jupiter, Florida, are complaining and expressing concerns after Donald Trump Jr. and his girlfriend Kimberly Guilfoyle purchased a pair of homes in the area.

"When word spread that the couple had contracts to purchase the two homes on adjacent lots in the community, about 30 residents contacted Peter Moore, general manager of the property owners association," reported Christine Stapleton and Alexandra Clough. "'About half have concerns about safety,' Moore said. 'The others have political concerns with what's happened in the last couple of weeks.'"

One resident wrote, "There are news reports detailing improper behavior by Ms. Guilfoyle while employed at Fox News and news reports of possible criminal investigations of Donald Trump Jr. I believe their membership would bring undesirable notoriety to the club, harm our reputation and have the potential for creating disharmony."

This comes after other reports that locals in Palm Beach are attempting to invoke a local law to bar outgoing President Donald Trump from living at Mar-a-Lago, claiming that he forfeited the right to use it as a residence when he established it as a private club.