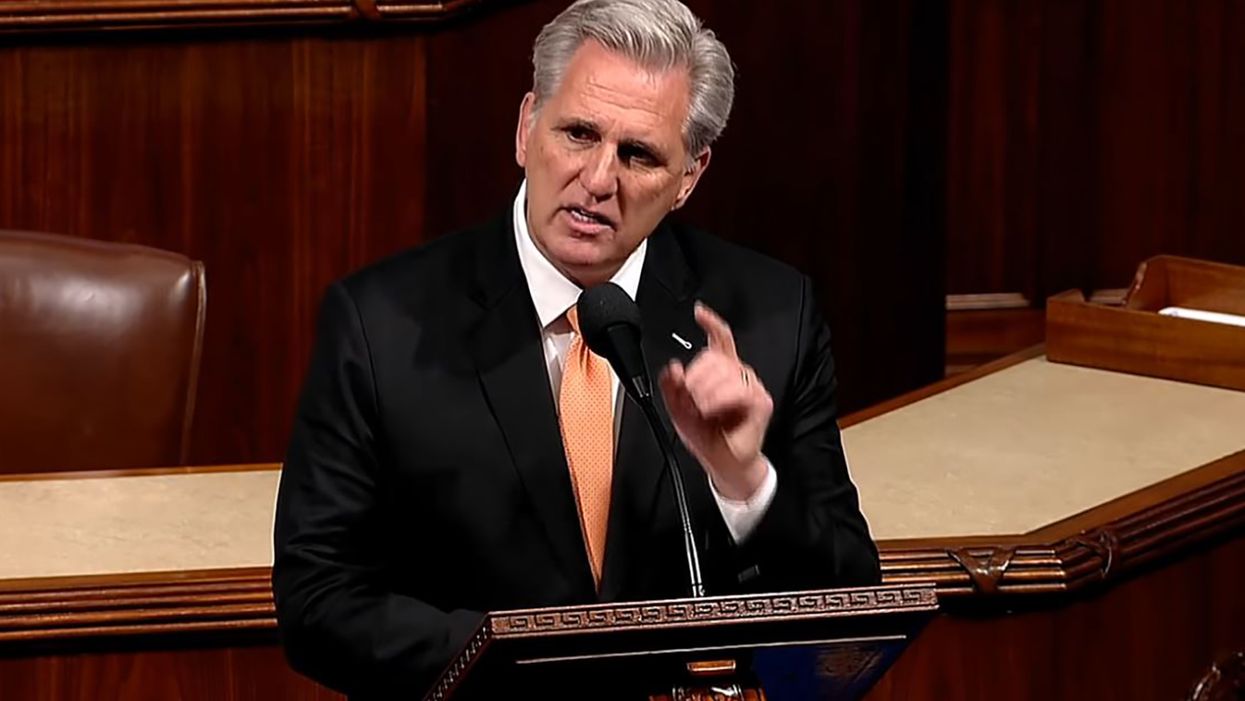 QAnon Congresswoman Rep. Marjorie Taylor Greene (R-Ga.) caused quite an uproar when she revealed her plan to file articles of impeachment against newly-elected President Joe Biden just one day after his inauguration. Many of Biden's Democratic supporters have pushed back against Greene's efforts, but they are not the only ones who disapprove.

According to The Hill, House Minority Leader Kevin McCarthy (R-Calif.) has also made it clear he does not agree with Greene's stance or her effort to move forward with articles of impeachment against Biden.

On Friday, Jan. 23, McCarthy conducted an interview with Greta Van Susteren where he weighed in with his opinion on the newly-elected lawmaker's plan. While he admitted that he does not agree with her, he also noted that she does have a right to move forward with her agenda.

"I called her. I disagree with that. That's exactly what the Democrats did with President Trump, and why we disagreed with when they wanted to come after him for purely political reasons," McCarthy said. "I think Republicans are better than that. That this is one of the arguments we used against the Democrats, and I don't think we should use it either."

"She has a right to, as an elected member of Congress to submit those," he added, "I just don't think the timing and the case is right at this time, in this moment."

McCarthy's remarks come just days after Greene released a statement arguing that Biden is "unfit to hold the office of the presidency." Less than one day after Biden was elected Greene also charged that Biden displayed a pattern of abusing his powers when he served as Vice President from 2008 to 2016.

"President Joe Biden is unfit to hold the office of the presidency. His pattern of abuse of power as President Obama's Vice President is lengthy and disturbing," Greene said in a statement on Thursday, Jan 21. "President Biden has demonstrated that he will do whatever it takes to bail out his son, Hunter, and line his family's pockets with cash from corrupt foreign energy companies."

Although Green claimed to have filed the articles of impeachment, she was later trolled on Twitter after admitting that she had not done so because she "thought it would be a lot easier than it is," according to a Republican inside source in the lawmaker's district.