Yes, it can happen here: The insurrection threat isn’t over 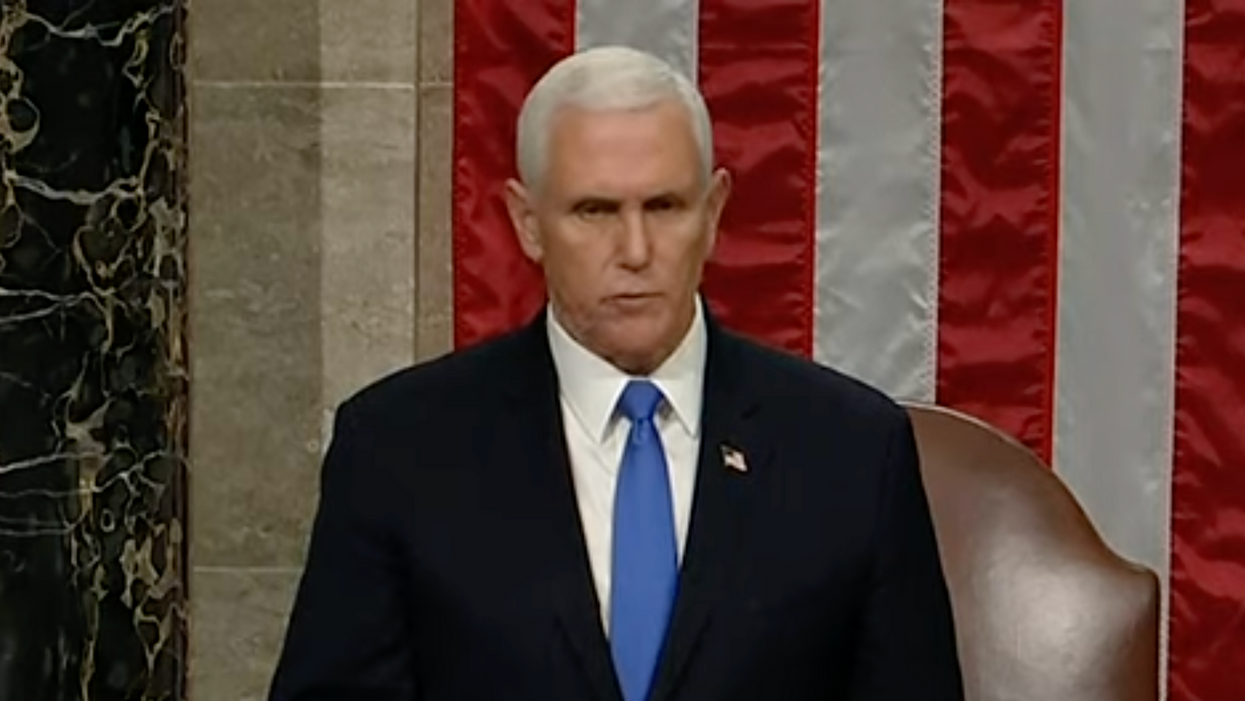 In a dark and surreal moment in American history, on the afternoon of Jan. 6, a group of Americans staged a violent protest by assaulting their own capitol building. In this short-lived riot attempt, four lives were lost, numerous injuries occurred, blood was spilled inside of the Capitol, the halls of government were ransacked and the constitutionally prescribed mechanisms of an election were interrupted.

The U.S. Congress ratified the outcome of the Electoral College vote, confirming Biden's victory over Trump in November's presidential election.

Law enforcement officials now worry that a dangerous lesson could linger — a mob could shut down American democracy itself, by targeting its weakly defended centres of power. The origin of this disaster event lies with Trump's inflammatory rhetoric spurring malcontents to attempt an insurrection. And in a rally earlier in the day, Trump ally Rudy Giuliani called for a “trial by combat."

On the day after the quagmire, it is unclear how security authorities' errors in tactics, techniques and procedures failed to defend the Capitol from incursion. It will take some time to unwind the specific series of missteps that allowed for a mob of criminals to embarrass the U.S. federal government.

What is clear is that a failure of imagination was one factor that contributed to the previously unimaginable and extremely dangerous events that unfolded in Washington, D.C., on Jan. 6.

The U.S. was — with an emphasis on was — a place that held the perception that something like this couldn't possibly happen here. Images of intruders storming the symbolic centre of U.S. government were reserved for action and disaster films, like Roland Emmerich's White House Down. One of the mistakes made in the lead up to the insurrection attempt was that it was not practically imagined that a hoard of hooligans could be unleashed to literally climb the walls of the chambers of the U.S. Congress, and that they would get away with it!

Prior to Jan. 6, in the popular American imagination, violent mobs obstructing legal election processes only occurred in faraway places with a fragile hold on democratic institutions.

The perception for America that “it can't happen here" has been shattered. In previous analysis of the potential for electoral violence in the U.S., I have stated that even falling a little towards the direction of a fragile state prior to Jan. 20 can create a more permissive environment for inappropriate expressions of grievances through violence.

How was this chaos allowed?

The second failure of imagination was by security authorities. For reasons unknown at this point, security forces were unable to stop invaders from attacking the Capitol, when the threat was in plain sight for weeks. It may have been beyond authorities' range of imagination that pro-Trump mobs would actually attack the Capitol.

What is puzzling is that the U.S. government clearly has forces at its disposal to defend key government sites. There are numerous historical examples of authorities taking a no-nonsense approach to putting down real or perceived threats to the nation's Capitol.

One historic example of a muscular use of force was on July 28, 1932, when President Herbert Hoover ordered the U.S. Army to evict thousands of “Bonus Army" veterans from the Capitol. Soldiers under General MacArthur's command set the protestors' camps on fire and forcibly expelled thousands of disgruntled veterans from Washington.

One does not even have to look too far back in history to find a contrast in response methods. In June 2020, during Black Lives Matter protests, the tactic of an authoritative projection of force was used, as battle-ready soldiers from the D.C. National Guard stood ready to put down potential violent disorder, which did not occur. In stark contrast, during the violent assault on the Capitol by pro-Trump rioters, the National Guard was not deployed until the damage was already done.

The question of why a group of pro-Trump troublemakers was able to ravage to the U.S. Capitol and disrupt a joint session of Congress needs to be answered. This incident should not be viewed as mere political shenanigans, rather it should be considered as evidence of a serious gap in national security.

This level of dysfunction is beyond the pale. While Facebook and Twitter took action to ban Trump from pressing buttons and sending out dangerous social media messages, Trump still has access to the button that launches nuclear weapons.

Read more: Social media giants have finally confronted Trump's lies. But why wait until there was a riot in the Capitol?

At 3:41 a.m. on Jan. 7, Congress eventually certified Joe Biden's electoral college victory. The mechanisms of democracy will limp along, and Biden will be sworn in as President on Jan. 20. Until that date, that nation remains in peril. Even once Biden is in office, the menace of Trump's continued influence will remain.

The U.S. cannot afford the political lack of will or lack of ability to defend itself against acts of insurrection and sedition. During these final two weeks of Trump's term in office, the failure to consider the possibility of a repeated insurrection represents an existential threat to the U.S. at this time.