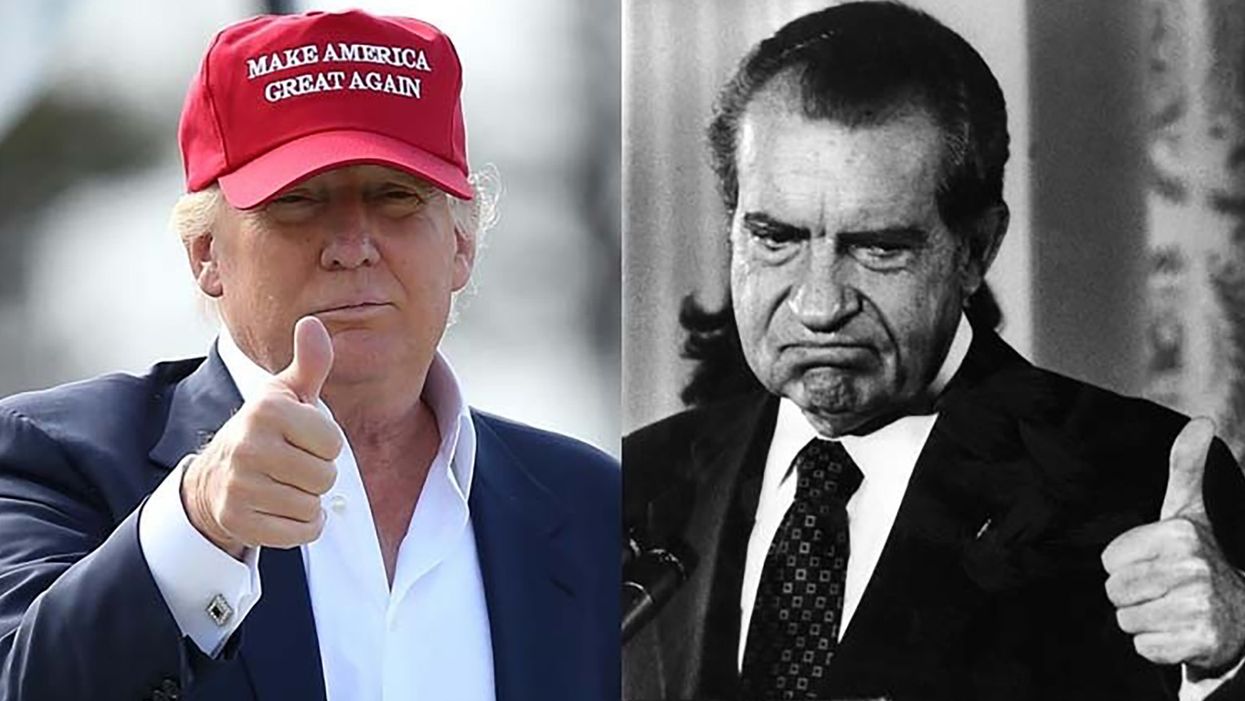 Democrat Elizabeth Holtzman, now 79, has vivid memories of the Watergate scandal. The former congressman was serving on the House Judiciary Committee when, in 1974, she recommended three articles of impeachment against President Richard Nixon — and many years later, Holtzman called for the impeachment of President Donald Trump. Although Trump was acquitted during his impeachment trial in the U.S. Senate earlier this year, he was voted out of office in November. And Holtzman believes there is a strong case for a criminal prosecution of Trump after he leaves the White House on January 20, 2021.

The U.S. Department of Justice has a policy against prosecuting a sitting president. But Trump will no longer be president after President-elect Joe Biden and Vice president-elect Kamala Harris are sworn in on January 20 — and Holtzman, in an op-ed published by The Hill on December 13, outlines some reasons she believes Trump could face legal exposure after his presidency.

"Former Special Counsel Robert Mueller identified ten ways Trump might have obstructed justice in connection with the Russia collusion investigation," explains Holtzman, whose book, "The Case for Impeaching Trump," was published in early 2019. "Mueller did not determine whether Trump should be indicted, but nearly 700 former U.S. prosecutors believed there was enough evidence for prosecution. Other possible criminal misconduct, such as Trump's financial dealings and his efforts to upend the 2020 election, may also warrant examination."

There has been much talk of Trump granting himself a preemptive pardon before he leaves the White House. But Holtzman, in her op-ed, stresses that Trump is not above the law any more than Nixon was above the law during the 1970s.

"Presidents are not entitled to immunity," Holtzman writes. "The (U.S.) Constitution explicitly states that a president can be tried and prosecuted for crimes committed in office. Former President Nixon and Trump himself were subjects of criminal investigations, and a grand jury named Nixon an unindicted co-conspirator. If presidents who commit crimes in office cannot be prosecuted while in office — and aren't to be prosecuted when they leave — they have impunity. That presents a grave threat to our democracy by removing the strongest deterrent to presidential criminality."

Holtzman, in her op-ed, vehemently rejects the idea that prosecutions of Trump should be avoided so that the U.S. can "heal" after he leaves office.

The former congressman argues, "Is 'healing' a more important national objective than protecting our democracy from future presidents who commit crimes thinking they're immune from criminal law? Is it more important than the principle of equality under law, so that a spy who sells secrets to China gets punished but a president who conspires with Russia, say, to win an election, doesn't?"

After Nixon announced his resignation on August 8, 1974, Vice President Gerald R. Ford was sworn in as president the following day — and when Ford granted Nixon a presidential pardon, Holtzman was highly critical of him.

"As a member of the House Judiciary Committee that voted to impeach Nixon, I challenged Ford when he testified before Congress about the pardon," Holtzman recalls. "Ford said that the country needed 'tranquility,' not 'prolonged and divisive debate' about Nixon's punishment. Those arguments resonate today. But I had little concern about tranquility because America had already withstood the Nixon impeachment effort without serious unrest. I was much more concerned that setting a precedent of presidential impunity and establishing a dual system of justice — one for presidents and another for everyone else — would come back to haunt us. And it did."

Holtzman isn't the only veteran of the Watergate era who has denounced Trump as corrupt and unethical. Others have ranged from Watergate-era prosecutor Jill Wine-Banks to journalists Carl Bernstein and Dan Rather to John Dean (who served as White House counsel in the Nixon Administration).

Holtzman, however, acknowledges that Trump still has an enthusiastic base that refuses to believe he ever did anything wrong.

"A serious investigation and prosecution, resting on robust evidence and conducted fairly, may have a similar effect as the Watergate hearings," Holtzman explains. "Even if Trump's core supporters aren't persuaded by airing factual evidence, millions of other Americans will be. Most importantly, prosecuting Trump would set an indelible precedent — and lay down a marker that future presidents must heed."