Here’s What 4 Watergate-Era Veterans Are Saying About Russiagate, Robert Mueller’s Investigation and the Legal Problems of President Trump’s Associates 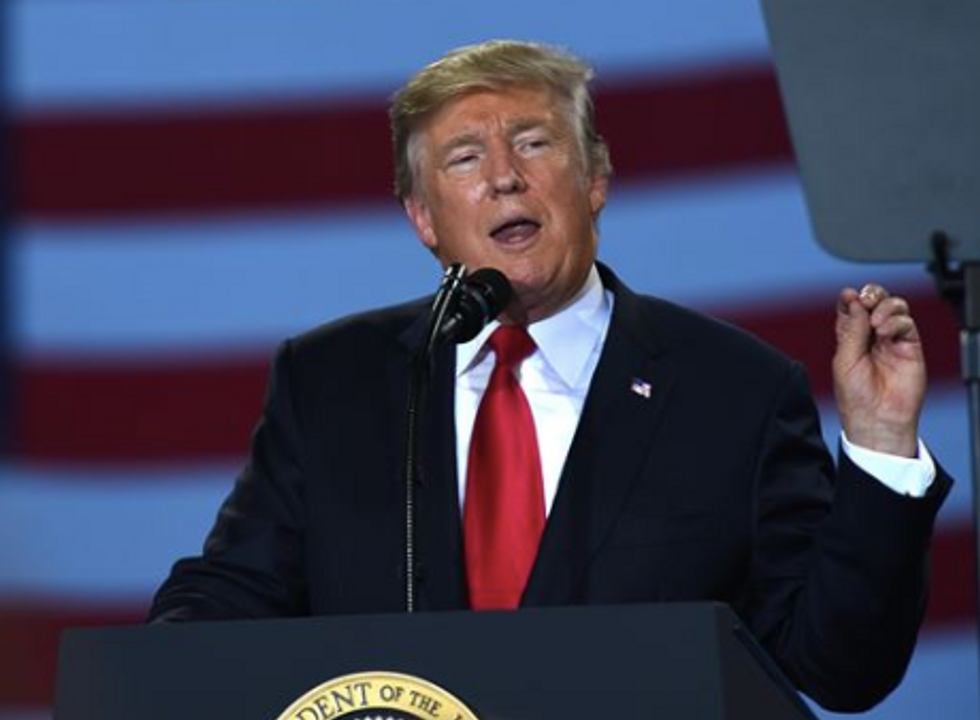 August 8, 1974 went down as one of most stunning days in U.S. politics. That day, President Richard M. Nixon—rocked by the Watergate scandal—officially announced that he was stepping down. Nixon, in essence, quit before he was fired. And the following day, Gerald R. Ford was sworn in as president of the United States. That was 44 years ago, and while other U.S. presidents have had their controversies since then—President Ronald Reagan with Iran/Contra, for example—no post-Nixon president has been more scandal-plagued than Donald Trump.

Jill Wine-Banks was one of the Watergate prosecutors of the 1970s, reporting to special prosecutor Leon Jaworski—and she went on to serve as general counsel of the U.S. Army under President Jimmy Carter. Now 75, Wine-Banks has been interviewed on MSNBC frequently in recent months, drawing comparisons between Watergate with Nixon and Russiagate with Trump. In a July 24 appearance on Chris Matthews’ “Hardball” on MSNBC, Wine-Banks told host Chris Matthews, “There are so many similarities between Nixon/Watergate and what is happening now—only now, I think, is much more threatening because at least the people who were involved in the (Watergate) crimes were Americans. This one is a foreign adversary of ours, and that makes it much more serious.”

Back in 1973 and 1974, Dan Rather reported extensively on Watergate—and in recent months, the veteran television journalist (now 86) has been discussing the legal woes of Trump’s associates as a frequent guest on MSNBC and CNN. Interviewed by CNN’s Don Lemon the evening of August 22—the day after Manafort’s conviction and Cohen’s guilty plea—Rather commented that Trump has “surrounded himself” with his “flock of felons,” asserting, “There’s never been anything like this in American history. Watergate, in the mid-1970s, is the closest thing we’ve had to this.” Rather stressed, however, that Watergate “consisted of Americans committing crimes against Americans,” whereas Mueller’s investigation involves a foreign power.

Rather described the Manafort and Cohen bombshells of August 21 as “reminiscent of March 1974,” when “nine of Richard Nixon’s close aides were indicted and fired.” And Rather went on to say, “Always keep in mind that Mueller knows so much more than he has shown. If you think that yesterday was a shock to our democratic system, just stayed tuned. The other things that Mueller is working on—and sooner or later, we will find out what they are—are going to make yesterday pale by comparison. I think the evidence abounds….You have a criminal conspiracy to defraud the American voters to win the election campaign.”

Like Rather, veteran journalist Carl Bernstein reported on Watergate extensively in 1973/1974—and the 74-year-old Bernstein, in a recent interview with CNN, outlined several reasons why 2018’s Trump-related scandals are “worse than Watergate” and a “much more dangerous situation.” First, Bernstein asserted, Nixon wasn’t as “unhinged” as Trump. Second, Nixon “did not publicly declare the press an enemy of the people and seek to undermine the First Amendment.” Third, according to Bernstein, the Republicans of 1973/1974 confronted Nixon in a way that 2018’s Republicans refuse to confront Trump. And fourth, Trump is a “demonstrable authoritarian” who is “whipping up his base” in a way that Nixon didn’t during Watergate.

Bernstein told CNN’s Wolf Blitzer, “What we are watching in the Trump presidency is worse than Watergate because the system worked in Watergate. The heroes of Watergate were Republicans who demanded that the president be held accountable—who demanded that he be transparent….and who conducted bipartisan investigation.”

John Dean, now 79, served as White House counsel under Nixon from 1970-1973. But when Dean flipped on Nixon in 1973, he pled guilty to one felony count, admitted to his role in the Watergate-related crimes and became a chief witness for federal prosecutors. And this month, the New York Times reported that Don McGahn—who now holds the position Dean once held—has been cooperating with Mueller and has spent 30 hours talking to Mueller’s team. In a recent interview with CNN’s Jake Tapper, Dean said of McGahn, “I think that’s a lot of testimony. That’s a lot of visiting, and that’s just the bottom of what they know. It could well have been much more than that. It appears to have been ongoing. So, I think Trump has got a real problem here. And I’m not sure how he’s going to handle it.”