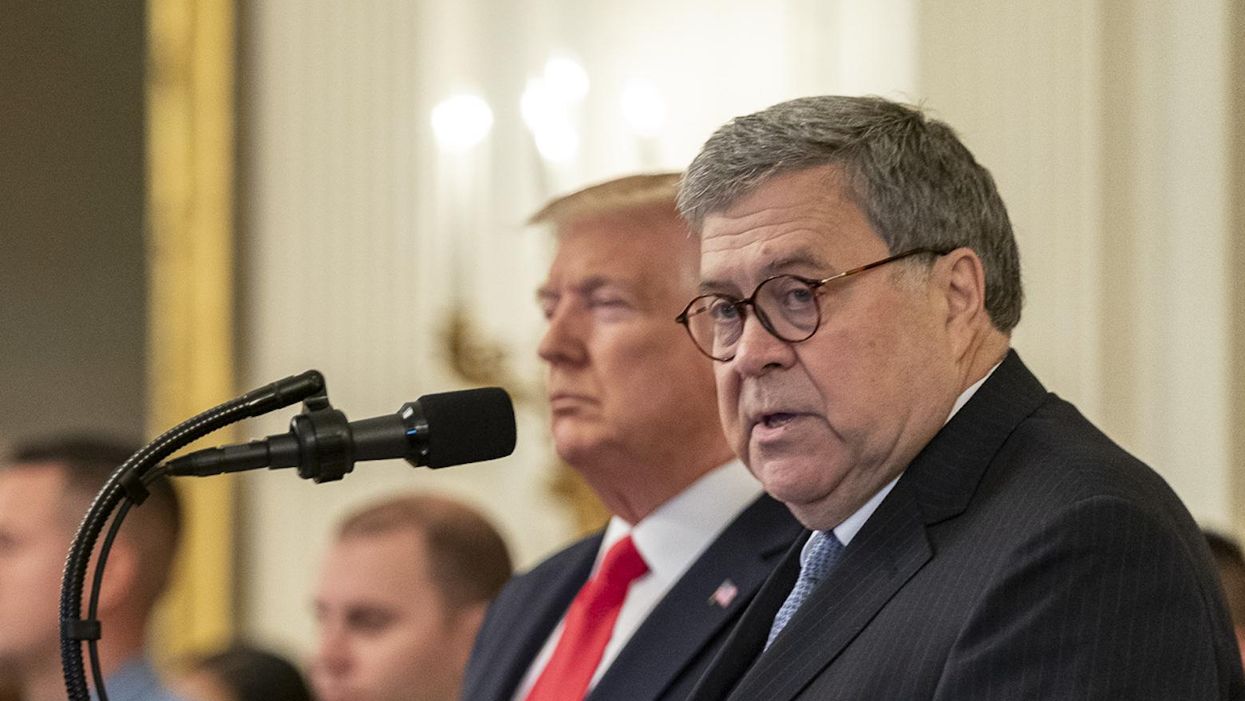 President Donald Trump's relationship with Attorney General Bill Barr reportedly sunk to a new low this week after Barr told the Associated Press that the Department of Justice had not uncovered any evidence of systemic voter fraud.

Sources tell CNN's Kaitlan Collins that Trump angrily chewed out Barr during a meeting earlier this week in which the president vented about the DOJ's lack of success in overturning the 2020 election results.

"Trump and Barr had a 'contentious' meeting Tuesday after the attorney general told the AP the Justice Department uncovered no evidence of fraud that would change the election outcome, which led Trump to erupt," reports Collins. "It was angry, but a person familiar says Trump wasn't screaming."

Trump's feelings toward Barr have grown so negative that he's reportedly threatened to fire him despite the fact that there are less than two months left in his presidency.