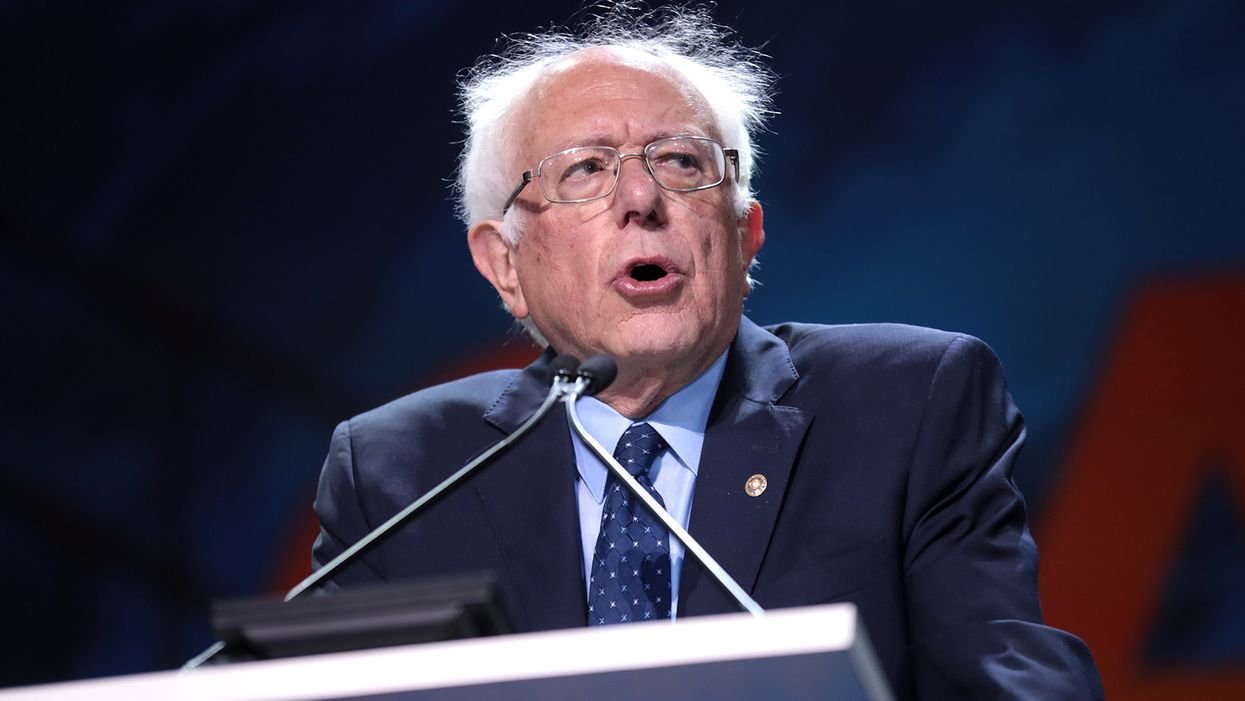 Senators late Saturday reached a compromise agreement on the Federal Reserve's emergency lending powers, paving the way for a vote on a final relief package as early as Sunday.

As the Wall Street Journal reported, "Under the deal, the central bank would retain its ability to set up emergency lending programs without congressional approval. But it would face a narrower constraint: The Fed wouldn't be able to replicate programs identical to the ones it started in March at the beginning of the pandemic without the approval of Congress."

After several days of progress toward a final coronavirus relief deal, the Senate GOP's last-minute attempt to insert language curbing the Federal Reserve's emergency lending powers is threatening to derail negotiations over a package that would extend soon-to-expire unemployment benefits, send another round of direct payments to many Americans, and provide funding for vaccine distribution.

Pushed by Sen. Pat Toomey (R-Pa.) with the backing of Senate Majority Leader Mitch McConnell (R-Ky.), the provision would both terminate Fed lending programs authorized by the CARES Act and restrict the central bank's ability to aid states, localities, and small businesses in the future—prompting accusations that the GOP is attempting to hamstring the incoming Biden administration.

"We could have a $900 billion, life-saving deal in an hour but the Republicans are still insisting on a massive change in Federal Reserve powers," Sen. Chris Murphy (D-Conn.) tweeted Saturday. "Their demand is unrelated to emergency Covid relief—it's just about trying to sabotage a Biden presidency."

While several outstanding issues are still being negotiated, the Toomey provision is viewed as the only large obstacle remaining in the way of a final deal. In a Senate GOP conference call on Saturday, McConnell indicated that he has no plans to budge from his support for Toomey's language.

"We are so close to getting emergency Covid relief done," said Senate Minority Leader Chuck Schumer (D-N.Y.). "Senator Toomey's legislation is the only significant hurdle to completing an agreement, and Republicans need to make a decision to help the American people now."

In a conference call with her caucus on Saturday, House Speaker Nancy Pelosi (D-Calif.) said she has been working to stop Republicans from slashing food aid in the coronavirus relief package, which is now estimated to be around $1 trillion in total size. If the fight over the Toomey provision is "resolved," Pelosi said, "then everything will fall into place."

The major snag in relief negotiations came amid growing anger among progressives over the inadequacy of the emerging relief legislation. Sen. Bernie Sanders (I-Vt.) and members of the Congressional Progressive Caucus have been vocally demanding direct payments larger than the $600 checks currently on the table, in addition to more robust unemployment benefits.

It's unclear whether either progressive demand will be met in a final package, if one comes together at all.

As the Washington Post reported, the "impasse [over Toomey's provision] appeared to grow significantly wider on Saturday, as congressional leadership and rank-and-file senators on both sides of the aisle dug in over the issue, imperiling prospects for a deal."

In a statement Friday, Sen. Elizabeth Warren (D-Mass.) said that "after weeks of refusing to acknowledge Biden's victory, some Republicans have now decided that sabotaging his presidency is more important than helping our economy recover by insisting that any Covid relief legislation also restrict the ability of the Federal Reserve and the new administration to help states, cities, and American businesses next year."

"Proposals to sabotage President Biden and our nation's economy are reckless, they're wrong, and they have no place in this legislation," Warren added.

On Saturday, Warren said that "Democrats should stay firm" against the Toomey language, which would still allow the Fed to bail out Wall Street.

But some analysts are arguing that, in the interest of getting more than $900 billion in relief out the door as quickly as possible amid growing economic desperation, Democrats should let the Toomey provision through and fight over Fed lending authority down the road, if necessary.

"Mainstream Dems really, really want the Fed to be their friend. It's not," David Dayen, executive editor of The American Prospect, tweeted Saturday. "$900 [billion] targeted mostly at those who need it is their friend."

Economist Claudia Sahm argued in a series of tweets Saturday that the "Fed and friends are too chickenshit (I love you but it's true) to really help Main Street."

Bharat Ramamurti, a member of the congressional panel tasked with overseeing CARES Act funds, acknowledged that Fed facilities purportedly aimed at assisting states, localities, and small businesses have not "been that helpful to date." But, Ramamurti argued, "they could be helpful if the next Treasury Secretary presses the Fed to change their design. That's an option worth preserving."

"There's no reason the Treasury and the Fed in the Biden administration should have fewer tools to address an economic crisis than the Trump administration had," Ramamurti added.