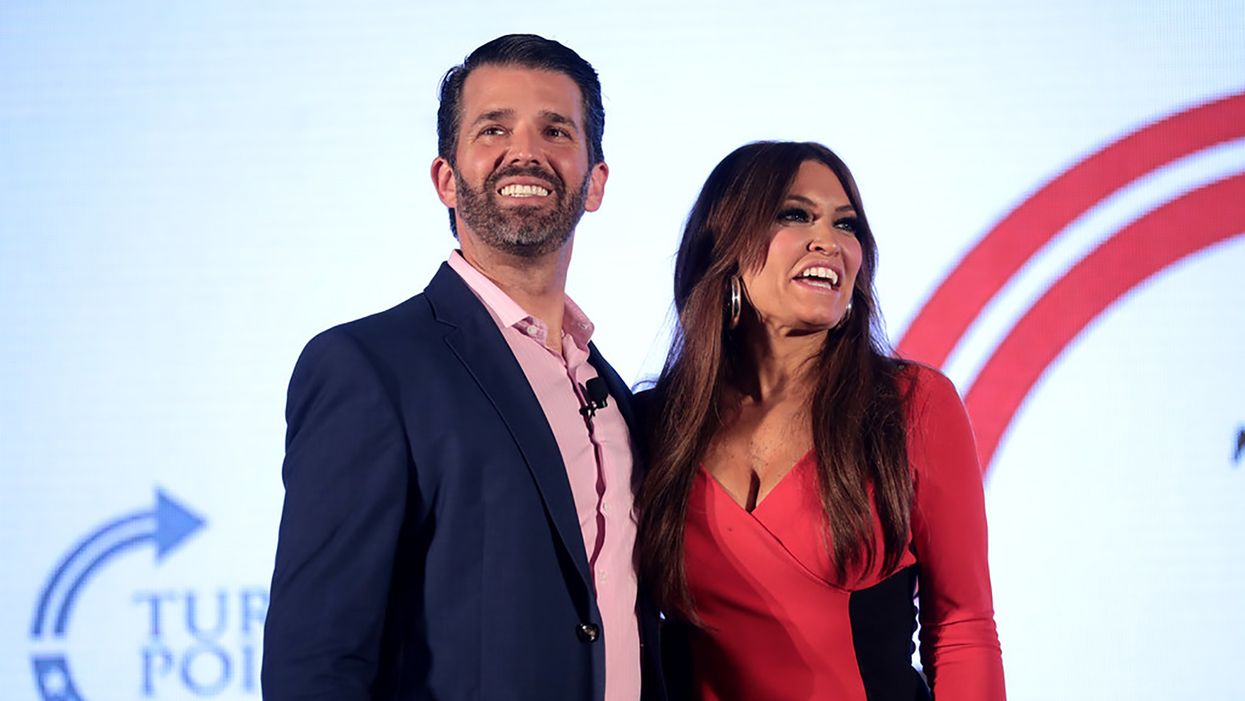 Image via Gage Skidmore / Flickr.
Were Don Jr. and Kimberly 'coked up'? Maybe not — but their hyperactive, aggressive rhetoric is part of the fascist tradition
Meaghan Ellis
December 04, 2020

The Republican National Committee (RNC) reportedly shelled out more than $300,000 to a company owned by Donald Trump to Jr. for autographed copies of his new, self-published book.

According to The Daily Beast, the RNC's payment — which totaled $303,892.47 — was sent to called Pursuit Venture LLC. Corporate filings in the state of Delaware indicate that the company's principal is the president's oldest son. It has also been reported that the RNC categorized the payment as "donor mementos."

Republican donors who contributed between $50 and $100 to the party's fundraising efforts will receive copies of Trump Jr.'s new book titled, Liberal Privilege, an insider with details about the arrangement revealed. It has been reported that the promotional exchange ultimately increased fundraising during the last stretch of President Donald Trump's re-election campaign.

While it is not uncommon for political groups to purchase books written by public figures as gifts for donors and party supporters, the amount paid to Trump Jr.'s company happens to be a relatively rare occurrence.

But the RNC's payment to Trump Jr.'s company in October was the largest single payment—out of more than 700—that the committee has ever reported for donor "mementos" or "gifts," according to Federal Election Commission filings.

It has also been reported that the payment was more than three times the amount the RNC reportedly paid to purchase copies of Trump Jr.'s previous book, Triggered.. In addition to the amount paid out by the RNC for Trump Jr.'s new book, Pursuit Venture also received an $11,000 payment for "supporter gifts" from Rep. Matt Gaetz's (R-Fla.) reelection campaign.

Although Trump Jr.'s last book ultimately became a bestseller, bulk purchases like the ones outlined above can ultimately "aggregate sales for the book" and cause it to "become artificially inflated," according to the publication. As a result, it "can help a book's reputation by elevating it on best seller lists."

As Trump Jr.'s previous book made the New York Times bestsellers list, he faced backlash from Democratic leaders. Biden's national press secretary TJ Ducklo fired back posing the question: "Is there anything more on brand than Donald Trump Jr. trying to cash in on a book filled with disgusting lies and smears about Joe Biden?"

The RNC has made no further remarks about the payment made to Pursuit Venture.