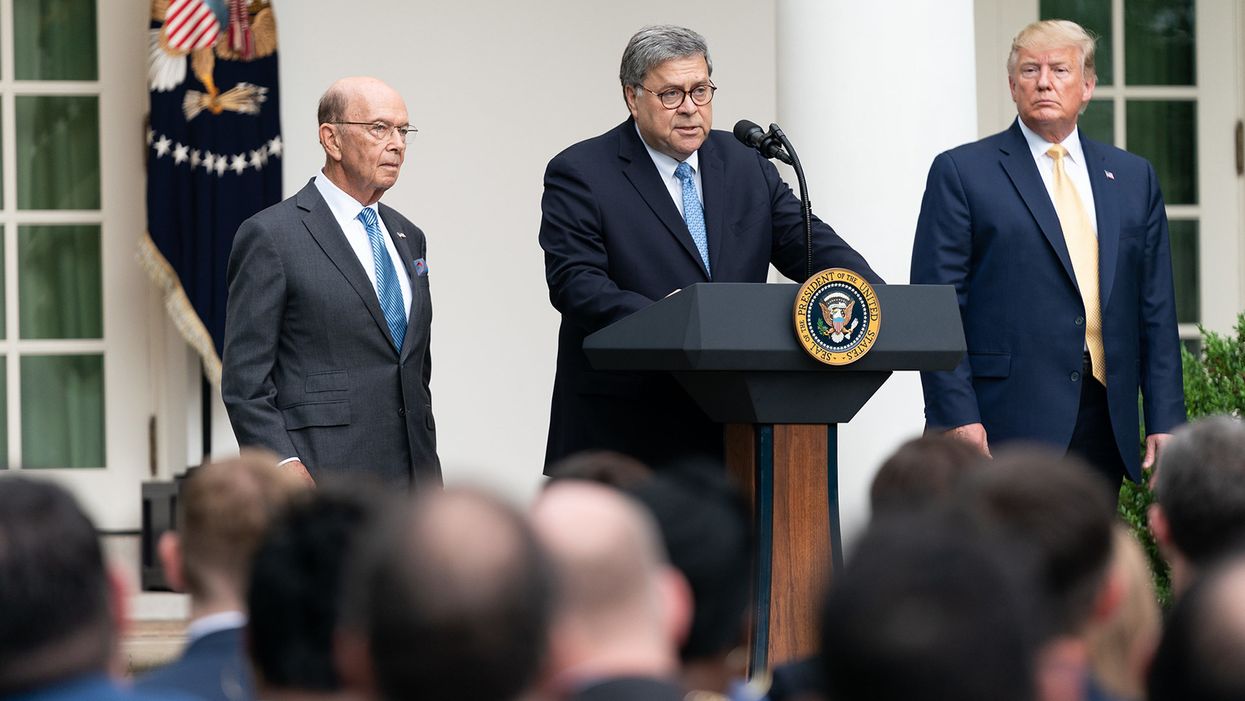 The news of Barr's impending departure has garnered lots of reactions from lawmakers and legal experts who are raising questions about the last few weeks of Trump's presidency and what he could possibly do before his grand exit in January.

Sen. Richard Blumenthal (D-Conn.) delivered a scorching rebuke of Barr and deeply criticized his work during the Trump presidency. "There should be no sympathy or regret for an Attorney General who trashed the rule of law, caused untold suffering, & enabled a morally depraved president. Don't let the door hit you on the way out," Blumenthal tweeted.

There should be no sympathy or regret for an Attorney General who trashed the rule of law, caused untold suffering,… https://t.co/ieVBqmRsqh
— Richard Blumenthal (@Richard Blumenthal)1607987319.0

While some have concerns about what could come next, others are simply saying "good riddance."

"Bill Barr ruined his reputation by deliberately misleading the public and politicizing the DOJ," said former prosecutor Renato Mariotti. "Because he wouldn't repeat Trump's lies about the election, he's out less than a month before Trump's presidency will end. Trump used Barr and tossed him aside. Good riddance."

"Not a single career prosecutor at DOJ will miss Bill Barr," Vance tweeted, adding that, "Barr's 'letter of resignation' characterizes the Trump administration's 'accomplishments' as accurately as his summary of the Mueller Report characterized the results of that investigation."

After the Wall Street Journal reported that Barr may have known about Hunter Biden's tax investigation since April, Trump began calling for his resignation. The president also publicly lambasted Barr for not releasing the information on Hunter Biden before the election. Trump also was not pleased when Barr poured cold water on his claims of voter fraud.