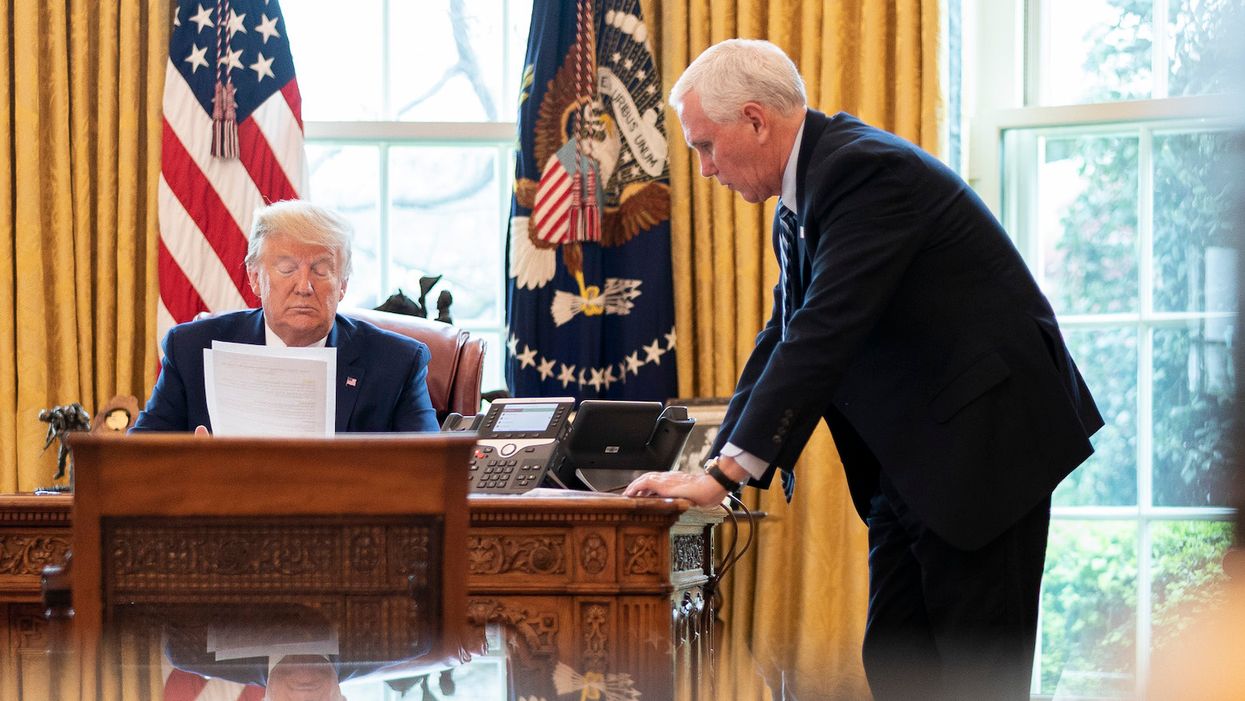 President Donald Trump's legal team is working to continue his post-election legal challenges well into the month of December as White House officials continue to obstruct the Biden administration's peaceful transfer of power.

"The legal challenges are continuing, but those close to the president, and frankly the president, understand they're futile," a senior administration official said.

Although Trump appears to have distanced from the role of the presidency, he is continuing to push baseless conspiracy theories about the election results. As a result of Trump's actions, his supporters have been left with a false sense of hope that he will overturn the results of the election. His efforts have also inhibited the Biden administration's ability to transition.

A new editorial published by NBC News also revealed that Trump's advisers have made efforts to discuss wrapping up his presidency and moving forward with other political endeavors, but to no avail.

"Trump's advisers are talking to him about what the end looks like — using the word "conclusion" rather than "concession." One off-ramp being recommended as a "conclusion" is that he admits that Biden will enter the White House on Jan. 20 while continuing to allege the results are questionable and simultaneously announces that he's running for president in 2024, a senior administration official said."

It has also been reported that December 14 will likely be the cut-off date for Trump's legal battle: the day the Electoral College formally votes. While many Republican lawmakers have remained silent, publicly, behind closed doors they are already acknowledging that President-elect Joe Biden will be taking over in January 2021.

But, until that date, Trump's antics will continue and his campaign will be working to find any flaws in the election despite coming up short in the weeks since Election Day.

Trump campaign adviser Jason Miller said, "we're going to continue to explore all of the fraud and abuse that's been reported to us from the more than 11,000 credible tips we've received from our hotline and website."