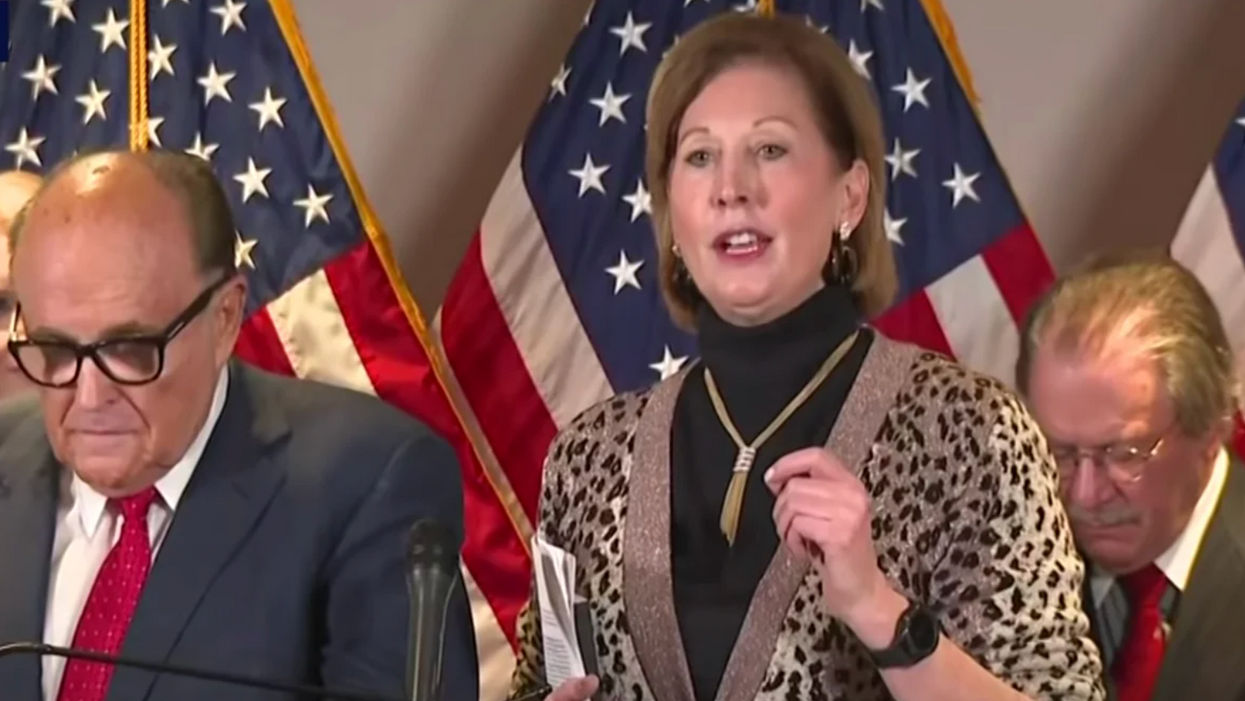 Reuters legal reporter Brad Heath has read through Powell's entire Georgia lawsuit and found it to be remarkably unpersuasive.

"It's an encyclopedia of every half-baked election-fraud theory that's circulated online (with extra typos), including a few that have already been rejected in court," Heath wrote on Twitter. "The only thing at all about it that surprised me was that actual GOP officials signed on."

He then breaks down how some of Powell's "witnesses" in the lawsuit have already been found by courts to be non-credible.

"The lawsuit quotes extensively from witnesses in another case that had been filed in Michigan state court," he explained. "What it doesn't say: The state judge didn't buy this *at all.* He found that witnesses didn't know what they were talking about; they were 'incorrect and not credible.'"

The bottom line, argued Heath, is that Powell's lawsuit makes allegations that are "fantasy-planet stuff" and are unlikely to hold up under even the slightest scrutiny.

"It tells you something about how far some Republicans are being pulled into this alternate reality that a few party chairman agreed to put their names on it as plaintiffs," he wrote.