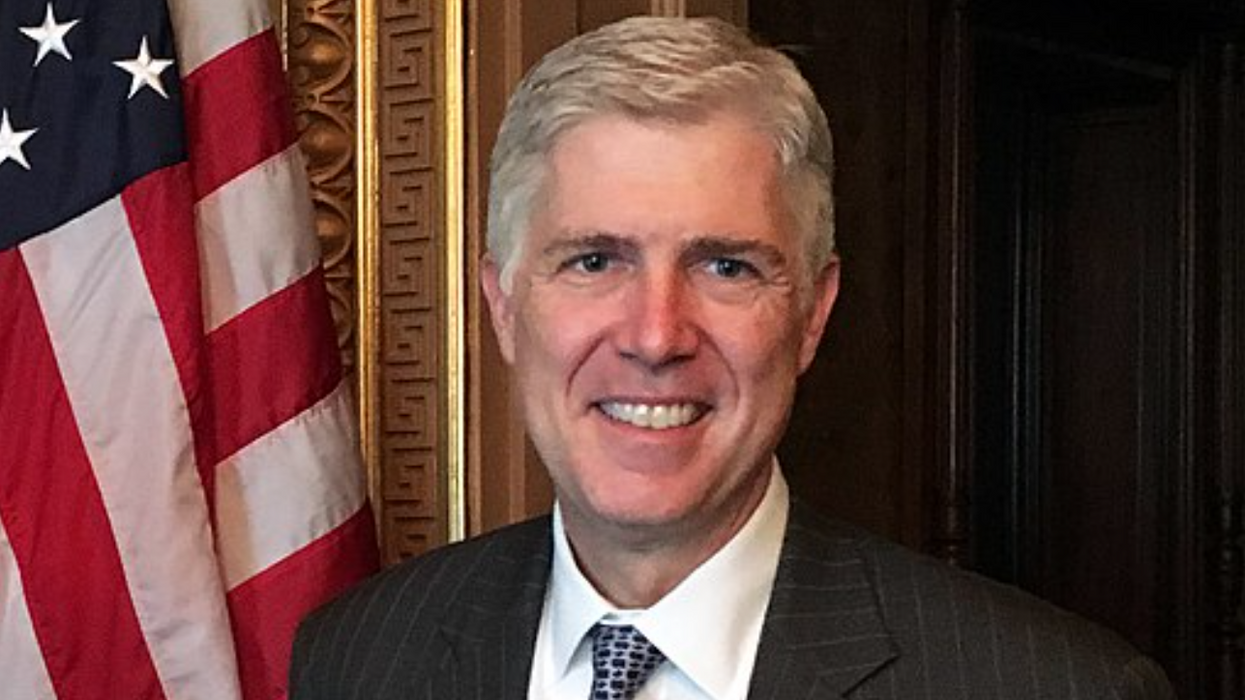 On the night before Thanksgiving, as the U.S. Supreme Court ruled against New York Gov. Andrew Cuomo's (D) COVID-19 executive orders to prohibit large church gatherings amid the pandemic, Justice Neil Gorsuch weighed in with a conservative stance condemning a number of key laws that do not align with his beliefs.

According to Law and Crime, Gorsuch's choice of words centered on a column of constitutional law — a passage highlighting "implied right to 'bodily integrity." Gorsuch opted to draw a major distinction between "rights explicitly granted by the Constitution (e.g., the First Amendment rights to speech and religion) and rights presumably read between the lines of the Constitution's text," per the publication.

Here is an excerpt of the statements in which Gorsuch referred to Jacobson v. Massachusetts to explain his logic:

Mr. Jacobson claimed that he possessed an implied "substantive due process" right to "bodily integrity" that emanated from the Fourteenth Amendment and allowed him to avoid not only the vaccine but also the $5 fine (about $140 today) and the need to show he qualified for an exemption. This Court disagreed. But what does that have to do with our circumstances? Even if judges may impose emergency restrictions on rights that some of them have found hiding in the Constitution's penumbras, it does not follow that the same fate should befall the textually explicit right to religious exercise. Finally, consider the different nature of the restriction. In Jacobson, individuals could accept the vaccine, pay the fine, or identify a basis for exemption. The imposition on Mr. Jacobson's claimed right to bodily integrity, thus, was avoidable and relatively modest.

Gorsuch also criticized Chief Justice Roberts and Cuomo. He said, "Government is not free to disregard the First Amendment in times of crisis."

"Governor has chosen to impose no capacity restrictions on certain businesses he considers 'essential,'" Gorsuch said, adding, "And it turns out the businesses the Governor considers essential include hardware stores, acupuncturists, and liquor stores. Bicycle repair shops, certain signage companies, accountants, lawyers, and insurance agents are all essential too."

He went on to offer a poor comparison of church gatherings to running into a store to buy alcohol and other items disregarding the real circumstances and technicalities that set both events apart.

"So, at least according to the Governor, it may be unsafe to go to church, but it is always fine to pick up another bottle of wine, shop for a new bike, or spend the afternoon exploring your distal points and meridians. Who knew public health would so perfectly align with secular convenience?"

Legal experts and observers quickly weighed in with critical remarks in response to Gorsuch's arguments.

Hard to tell if Gorsuch was aiming to troll Roberts or Cuomo harder in his concurrence. https://t.co/yL4ICqeWSu
— Steven Mazie (@Steven Mazie)1606372051.0

Justice Stephen G. Breyer, along with Sonia Sotomayor and Elena Kagan, also argued that now is not the time to be lenient as the coronavirus' accelerated spread continues. "The number of new confirmed cases per day is now higher than it has ever been," Breyer said.

He added, "The nature of the epidemic, the spikes, the uncertainties, and the need for quick action, taken together, mean that the State has countervailing arguments based upon health, safety, and administrative considerations that must be balanced against the applicants' First Amendment challenges."