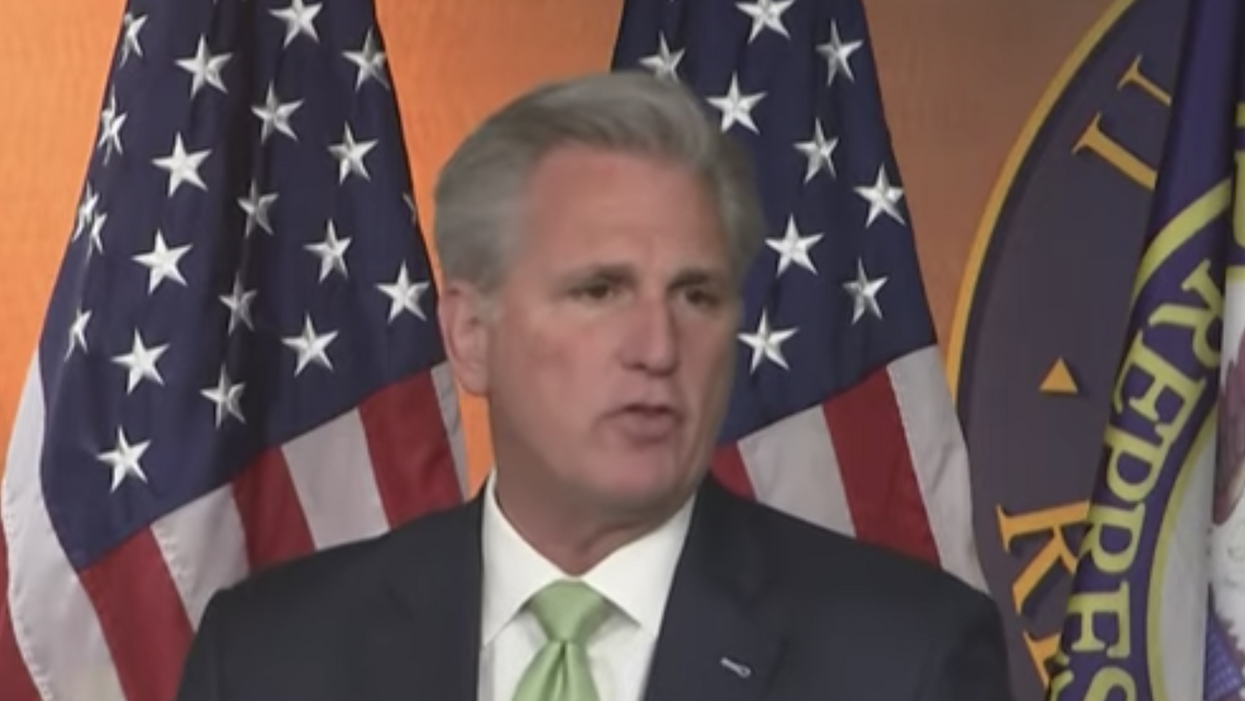 Although some prominent Republicans are acknowledging that Democrat Joe Biden is now president-elect of the United States — including former President George W. Bush, Sen. Mitt Romney of Utah and veteran GOP strategist Karl Rove — President Donald Trump is still refusing to accept the election results, making baseless claims of widespread voter fraud and vowing to fight in court until the bitter end. And many Republican Trump enablers in Congress are afraid to publicly acknowledge that Biden won, including House Minority Leader Kevin McCarthy.

Republican Sen. James Lankford of Oklahoma is arguing that Biden needs to begin receiving intelligence briefings. But when McCarthy was asked, at a news conference, if the president-elect should be receiving such briefings, he went into Trump loyalist mode and said, "He's not president right now. Don't know if he'll be president January 20."

@MacFarlaneNews He should be ashamed of himself and definitely doesn't deserve the grace and dignity that Biden will show him.
— Adriana (@Adriana)1605199504.0

@MacFarlaneNews There really should be a penalty paid by all the politicians who actively prevent our democratic process from going forward!
— Bonnie Lutze (@Bonnie Lutze)1605199566.0

@MacFarlaneNews Like most other laws, rules, policies, norms that Trump has trashed, not recognizing that the elect… https://t.co/UNysp5zJFK
— Nancy Alenier (@Nancy Alenier)1605199739.0

@MacFarlaneNews Sounds like a threat to me!! Your supposed to be working with the NEXT administration and thats not… https://t.co/NqWBm9zJuL
— cnlights2 (@cnlights2)1605202302.0

@MacFarlaneNews @Bencjacobs In an ocean of idiots, Kevin McCarthy has always been a tsunami.
— Kranti Pally (@Kranti Pally)1605199247.0

@MacFarlaneNews Need more proof that the GOP is poisoned by trumpism? And people will vote for this crap.
— Crazee Diamond (@Crazee Diamond)1605200141.0