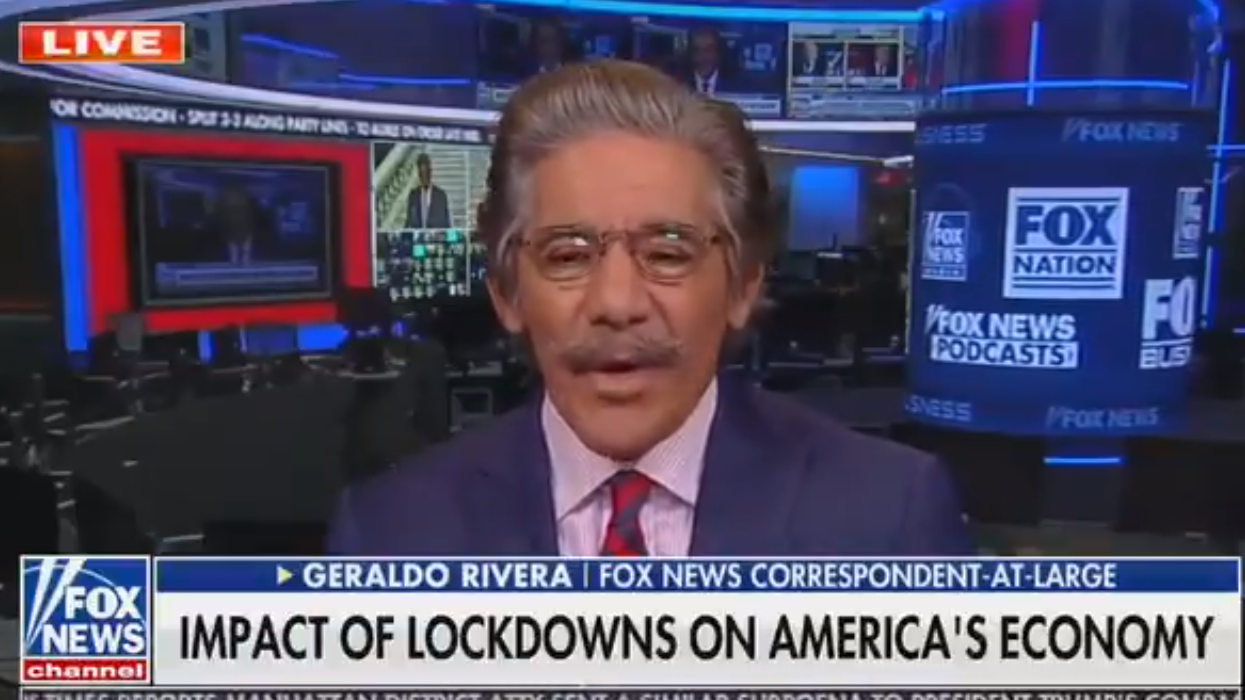 Geraldo Rivera suggested that the coronavirus vaccine be named after President Donald Trump to make him feel better about losing the presidential election and Twitter users quickly fired back.

During an appearance on Fox & Friends, Rivera proposed a wild idea of naming the coronavirus vaccine "The Trump." He even went a step further to offer dialogue examples of how that suggestion would work. According to Rivera, naming the vaccine after Trump could be a way to "honor" following his election loss.

"I had an idea, with the world so divided and everybody telling him he has to give up and time to leave and time to transition and all the rest of it, why not name the vaccine 'The Trump'? Make it — 'have you gotten your Trump yet?' It would be a nice gesture to him, and years from now it would become kind of a generic name," Rivera said. "'Have you got your Trump yet? I got my Trump, I'm fine.' I wished we could honor him in that way. Because he's definitely the prime architect of this Operation Warp Speed and but for him we'd still be waiting, you know, into the grim winter these amazing, miraculous breakthroughs."

Unfortunately for Rivera, many Twitter users were not in agreement with his suggestion. Rivera faced a flood of critical tweets from those with deeply opposing views regarding Trump's handling of the coronavirus outbreak. In fact, many took the moment as an opportunity to remind Rivera of all the racist nicknames he gave the virus as he offended so many others.

@thedailybeast This is a sickness these people have been brainwashed how long do we let Donald Trump cry over the e… https://t.co/u1rhj1DInd
— Renee Dale (@Renee Dale)1605881890.0

It also opened the door for Twitter users to compile a list of other things that should be named after Trump, like cemeteries commemorating the lives lost as a result of Trump's recklessness. Others suggested naming the virus, itself, as House Speaker Nancy Pelosi (D-Calif) has. According to the top-ranking Democrat, the virus "is, in fact, the Trump virus" based on his lacking leadership and handling of the pandemic.

Or Geraldo, everyone who has unnecessarily died from Covid due to DTJ’s negligence and the family members who suffe… https://t.co/oGNKUzzjL1
— Ken Marino (@Ken Marino)1605886081.0

As of Friday, November 20, there are nearly 12 million coronavirus cases in the United States as the virus continues its accelerated spread across the country. The death toll, which has surpassed 255,000, is also continuing to rise.