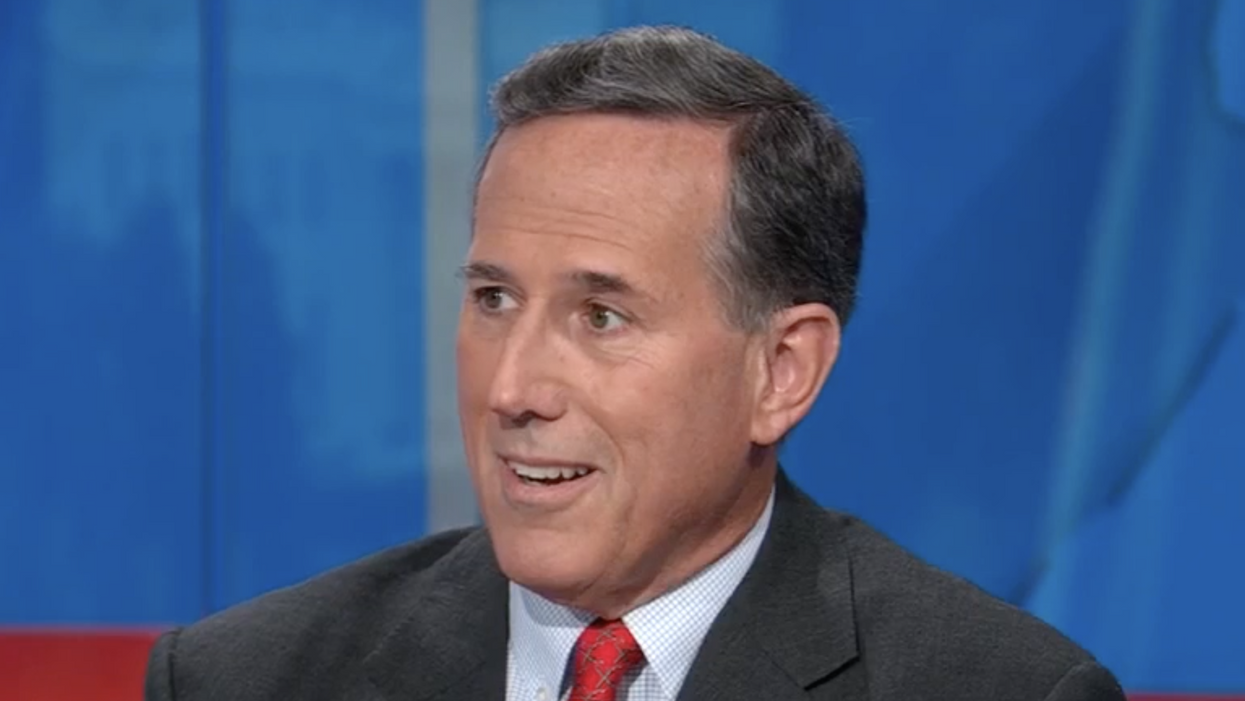 Donald Trump supporters, egged on by Trump and the Republican Party's insistence that there has been magical massive voter fraud perpetrated by the Democratic Party for decades, are threatening a lot of violence. Trump himself has been doing the thing he does, which is blame everyone else for his failures. In this case, it's some kind of "rigged" election that has led to him being obliterated in the popular vote across the country.

Reports have come out of Michigan, with video evidence supporting it, that Trump supporters have attempted to invade vote-counting stations in Detroit. CNN is discussing the threat of mass disruption and violence that Donald Trump is threatening with every stupid tweet he makes and every breathy, racist horse whisperer sound he utters. Rick Santorum, the former U.S. senator from Pennsylvania, has a well-paying job on CNN even though he is an Islamophobic, racist prick, and failed politician. Because he is all of those things, it comes as no surprise that his attempt at condoning and defending the divisive and fascistic rhetoric being used by a white supremacist president ends up being super duper racist.

As the CNN panel, which included Van Jones, pointed out that the MAGA Trump heads are getting dangerously frothed up by their death cult commander in chief, Santorum had this to say: "They boarded up businesses in New York City, not to keep Donald Trump supporters from looting, okay?" Van Jones attempted to point out that Joe Biden isn't stoking the very justifiable rage against law enforcement and Donald Trump that Americans could very well have right now. Santorum is not to be dissuaded from expressing his racism for the day.

RICK SANTORUM: Where is the real threat here? I don't see any people storming around burning buildings and crashing thru—

At this point Anderson Cooper cuts in to stop Ricky from further embarrassing CNN, bringing up that there are lots of reasons people are boarding up their businesses and big burly white guys with guns and a lack of civic sense is very possibly one of them, saying "The caravans of armed trump folks driving around in big trucks blocking traffic? That is not a concern?" Santorum reiterates that he didn't think you would have to worry about that in New York City. Quick reminder: Three days ago MAGA "caravans" blocked traffic on the New Jersey Parkway and the Mario Cuomo Bridge.

Another thing that the CNN crew forgot to mention: There have been numerous incidents of murder and violence perpetrated by dunderheads who freak out when they are told to wear masks in places of business. The trepidation many Americans feel surrounding Trump clearly losing this election is warranted.

After being reminded of that, Santorum retreats somewhat sheepishly into a "I guess, at least we, from our perspective we don't—" at which point Cooper asks, "As a white Republican you're not scared about white, armed, Trump supporters looting around cities they don't live in?" Santorum says no, and Cooper points out that Trump seems to love it, especially in places where white militia cowards and gun enthusiasts have been arrested for threatening to kidnap elected officials because they don't like fucking wearing masks to protect themselves and others during a goddamn pandemic!