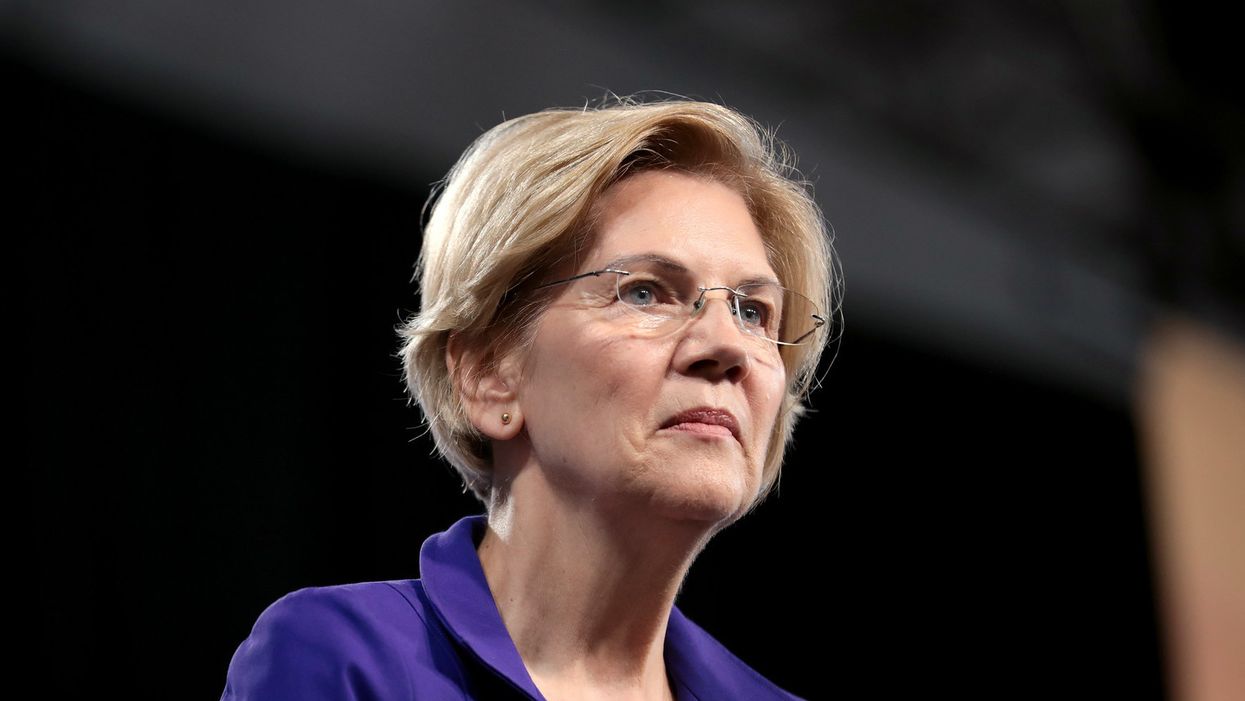 Sen. Elizabeth Warren on Wednesday blasted members of the U.S. Postal Service Board of Governors for "acting as accomplices" to Postmaster General Louis DeJoy while he sabotages the mail—and, as a result, the election—after the panel rejected her request for financial disclosure filings and refused to commit to reversing DeJoy's destructive policy changes.

"The USPS Board of Governors has refused to release information about their own financial ties and has doubled down on their support of Louis DeJoy," the Massachusetts Democrat said in a statement. "Once again, I call on the board members to release their financial disclosure forms, remove DeJoy, and do their jobs by reversing DeJoy's actions."

In August, as Common Dreams reported, Warren sent a letter demanding that the six members of the Board of Governors—all of whom were appointed by President Donald Trump—release their federal financial disclosure documents so lawmakers and the public could determine whether they "have investments or outside responsibilities that potentially pose conflicts of interest."

But in a letter (pdf) to Warren dated last week, USPS Board of Governors Chairman Robert Duncan—who previously served as chairman of the Republican National Committee—said the board "respectfully declines to publicly release the financial disclosures of its individual members," citing ethics regulations that exempt so-called Special Government Employees from financial disclosure requirements.

Warren has previously dismissed the exemption as a "dumb loophole."

In a separate letter (pdf) released by Warren's office Wednesday, Duncan made clear that the board has no intention of removing DeJoy—a Republican megadonor to Trump—or working to reverse his operational changes that caused major and persistent mail delays across the country, intensifying concerns about mass disqualification of ballots that arrive late due to no fault of the voter.

The Board of Governors, wrote Duncan, "remains fully confident that Mr. DeJoy is the right person for the job"—an assessment Warren slammed as "absurd."

"The ongoing postal delivery delays," Warren replied, "reveal that there is no reason for their confidence."