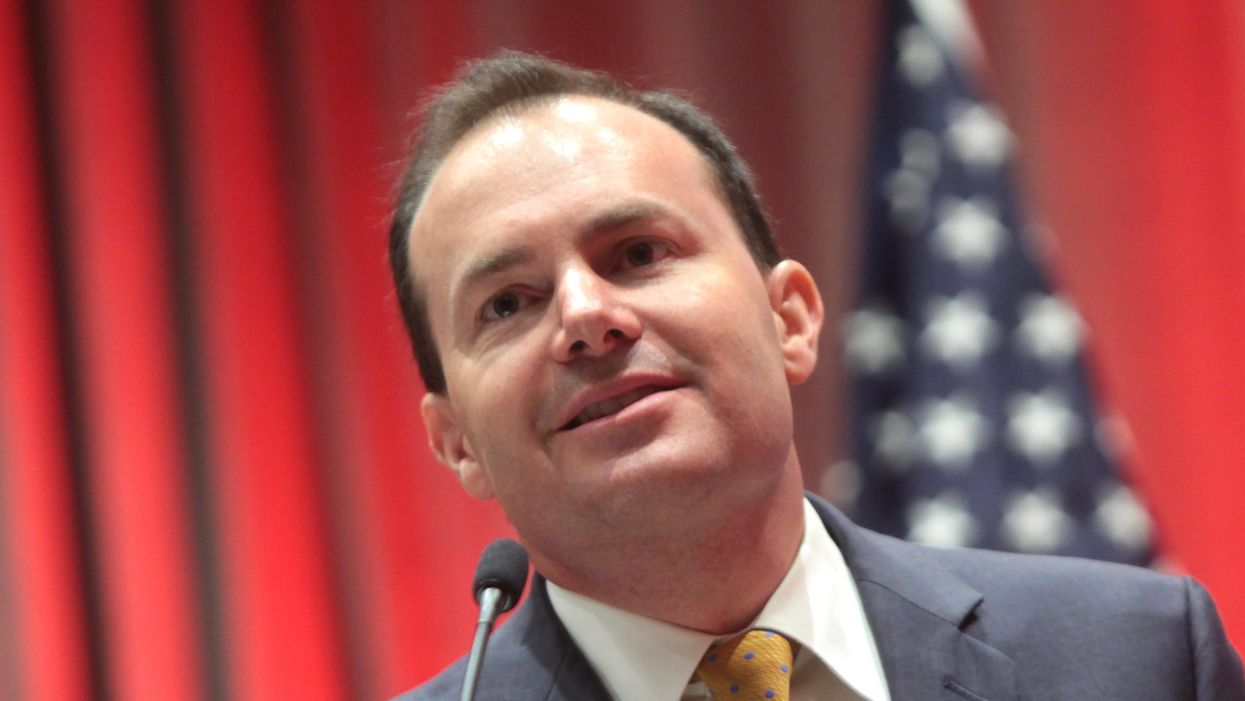 U.S. Senator Mike Lee of Utah speaking at a fundraiser for the Republican Party of Arizona at the Scottsdale Plaza Resort in Scottsdale, Arizona.

Another well-known Republican has announced that he has tested positive for COVID-19: Sen. Mike Lee of Utah. Lee's announcement follows the news that President Donald Trump, First Lady Melania Trump and White House adviser Hope Hicks have all tested positive for the novel coronavirus.

On Friday, the Utah Republican tweeted, "Yesterday morning, I was experiencing symptoms consistent with long-time allergies. Out of an abundance of caution, I sought medical advice and was tested for COVID-19. Unlike the test I took just a few days back while visiting the White House, yesterday's test came back positive. On advice from the Senate attending physician, I will remain isolated for the next ten days."

Lee, however, stressed in his e-mail that he is still hoping a Senate vote on Judge Amy Coney Barrett's nomination to the U.S. Supreme Court will be held sooner rather than later. Senate Judiciary confirmation hearings for Trump's High Court nominee are schedule to begin on Monday, October 12.

Lee tweeted, "I have spoken with (Senate Majority) Leader (Mitch) McConnell and (Senate Judiciary Committee) Chairman (Lindsey) Graham and assured them I will back to work in time to join my Judiciary Committee colleagues in advancing the Supreme Court nomination of Judge Amy Coney Barrett in the Committee and then to the full Senate."