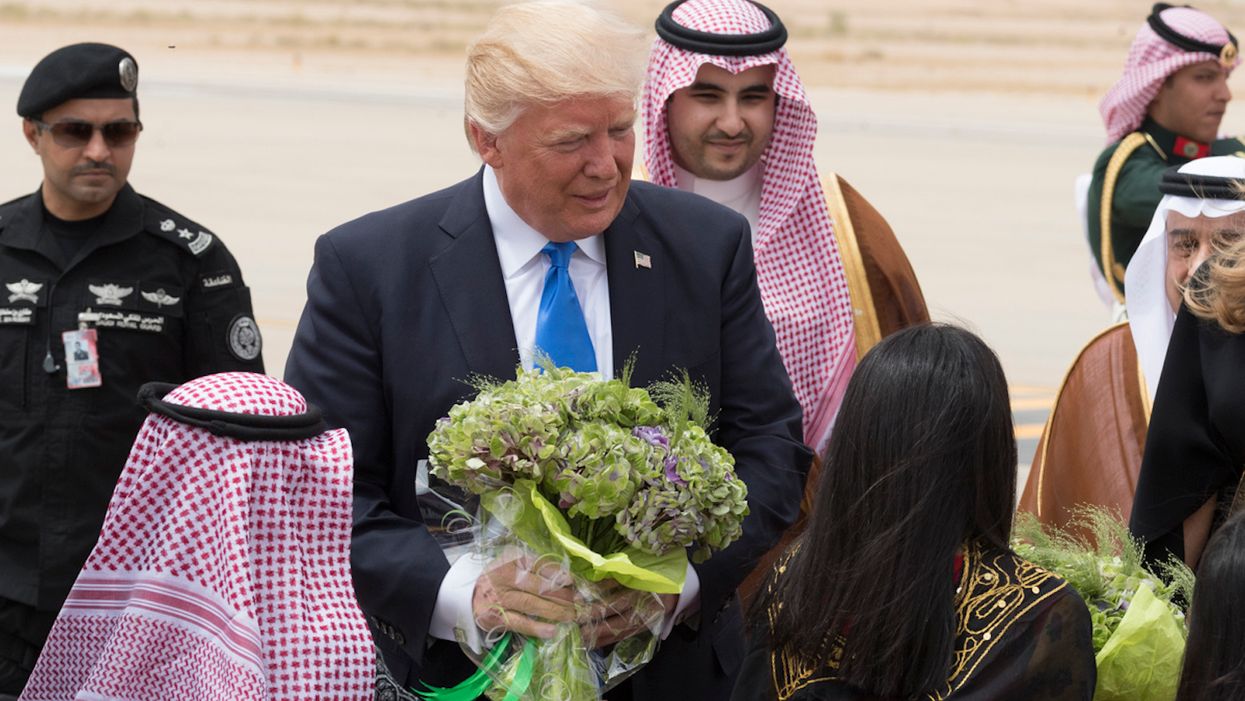 William D. Hartung
Why Trump's claims to be a peacemaker are absurd on their face
Bob Brigham
and
Raw Story
October 16, 2020

NBC News anchor Savannah Guthrie challenged Donald Trump on his finances during a town hall meeting that was held after the president refused to participate in the second debate.

"The New York Times has obtained, it says, years of your tax returns among other things. It says you've had debts of approximately $421 million that you have personally guaranteed and that will come due in the next four years," Guthrie noted. "The question is on behalf of voters, who do you owe $421 million to?"

"What they did is illegal, number one. Also, the numbers are all wrong with the numbers that were released," Trump replied, with his statements contradicting each other.

"I'm very under -- when i decided to run, i'm very under levered," Trump said as he repeatedly forgot the word "leveraged."

Guthrie noted Trump could clear things up by releasing his tax returns, but Trump falsely claimed he could not do so while being audited.